April 13, 2021
Match worn Blackpool 2010/11 away shirt, worn by Israeli center back Dekel Keinan #31 on his Premier League debut, in an away match against Arsenal on August 21, 2010 at the Emirates Stadium. Keinan was substituted on in the 37th minute for Ludovic Sylvestre with the score already 2-0 to Arsenal and with Blackpool down to 10 men, and the match ended in a heavy 6-0 loss for Blackpool.

25-year old Keinan joined Blackpool in July 2010 from his home club Maccabi Haifa, however, his spell at Blackpool was unsuccessful, as he made only 6 Premier League appearances (8 in all competitions), before leaving to Championship side Cardiff City in January 2011 after only half a season. He would later also go on to have short loan spells at Crystal Palace and Bristol City.

Notable here is that the kit maker is a totally unknown brand, British manufacturer Carbrini (a subdivision of JD Sports). 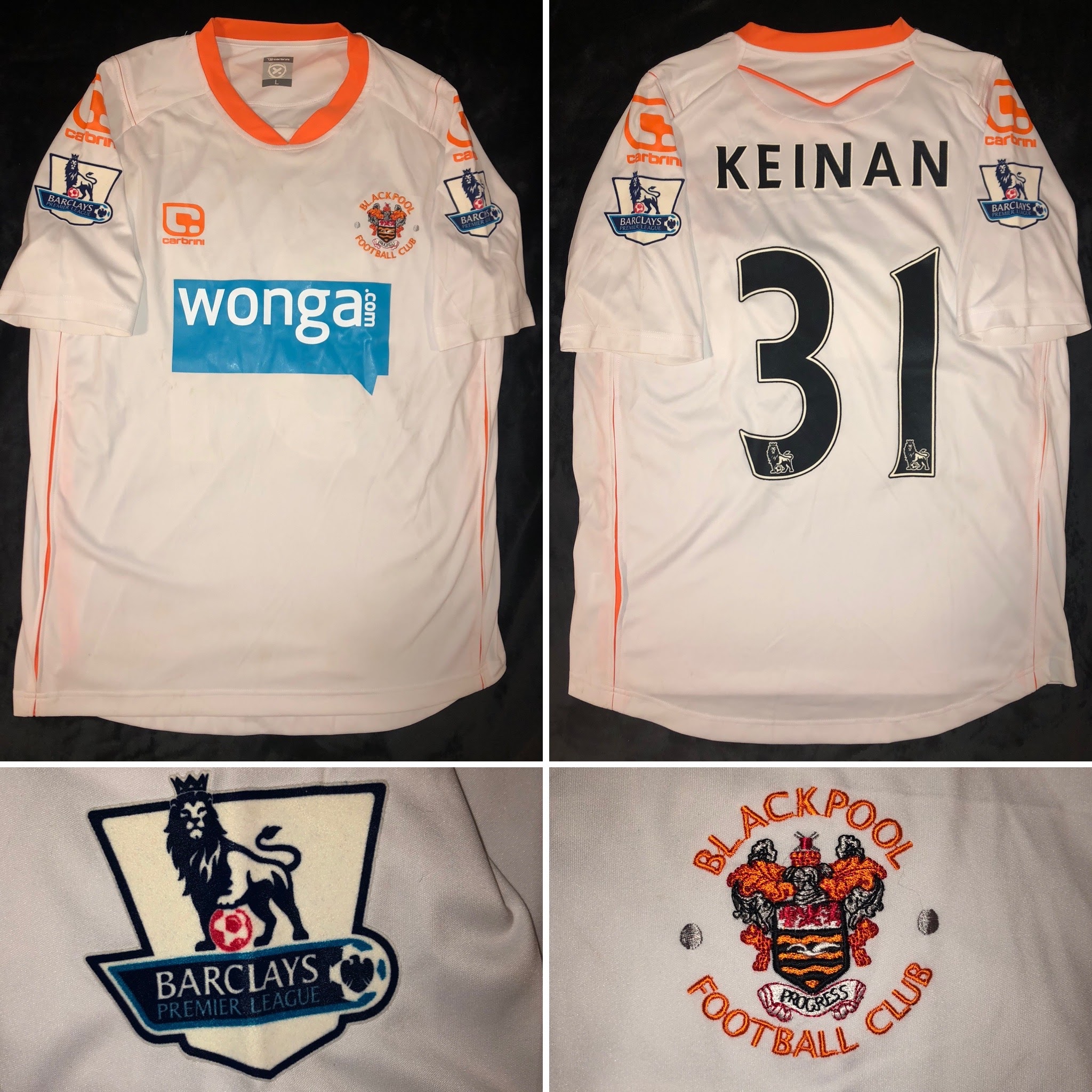