This was Natcho's third season in Kazan, during which he displayed arguably the best form of his career. Incredibly, he started in all 30 league matches for Rubin, playing nearly every single minute of the league campaign(!), missing only 6 minutes all season as he was substituted in the 84th minute in one match. He scored 9 goals and provided 6 assists in the league from his deep-lying playmaker position.

In Europe, he was part of an impressive European campaign as Rubin reached the quarter-finals of the Europa League, beating Inter in the group stage and eliminating Atletico Madrid in the Round of 32, before being eliminated in the quarter-finals by eventual winners Chelsea. In 11 Europa league matches, he scored 2 goals and provided 4 assists. Amazingly, those 2 goals both came in the quarter-finals vs. Chelsea, one in each leg. The only match he missed in Europe this season was the last group stage match vs. Partizan Belgrade away, because Rubin had already secured qualification, so key players were rested.

In all competitions, he made a total of 41 appearances, scoring 11 goals and providing 10 assists, as Rubin finished 6th place in the Russian league, but reached the quarter-finals of the Europa League.

Natcho's 4 years in Kazan were the most successful of his career as he was a key member of the team and shared many successful European campaigns. He was referred to as one of the best foreign players in the league and was in the list of 33 best players in the Russian League in the preceding 2011/12 season. In total, in his 4 years with Rubin, Natcho made a total of 147 appearances in all competitions, scoring 31 goals and assisting another 36.

This was the first season with the club's new crest, which was completely redesigned as their previous one was very "old school". Also interesting is that the players name is written in Russian, but the team name is in English. 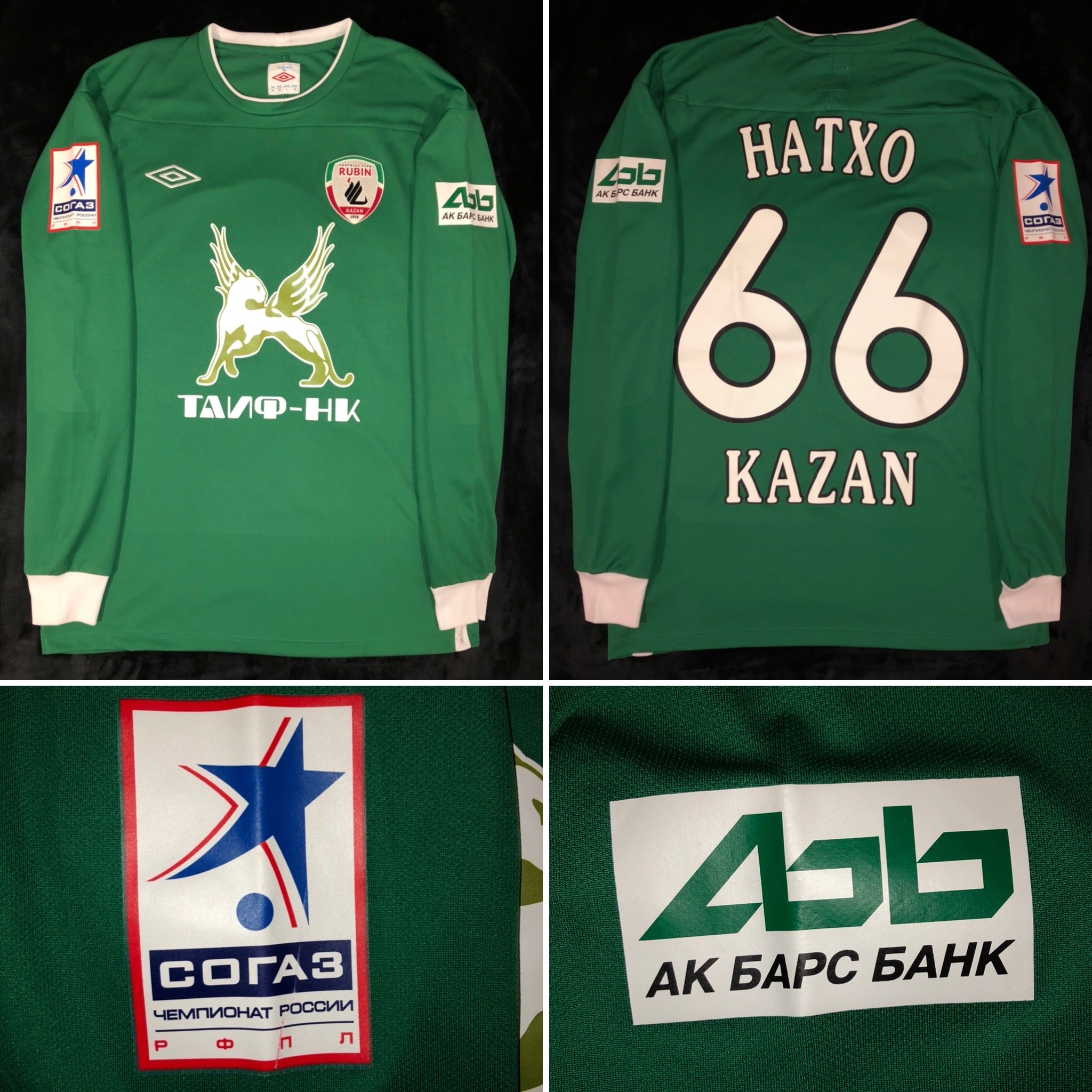