February 08, 2021
Match worn Maccabi Haifa 2004/05 away shirt, worn by Brazilian center back Wescley Gonçalves #6 in the UEFA Cup first round first leg match against Dnipro Dnipropetrovsk at home on September 16, 2004 at Bloomfield Stadium in Tel Aviv (UEFA did not allow matches to be played outside of the Tel Aviv area at this time). Gonçalves started and played the full 90 minutes as Maccabi Haifa won 1-0 thanks to a Roberto Colautti goal, though it would ultimately not be enough, as Maccabi lost the second leg 2-0.

20-year old Gonçalves joined Maccabi Haifa in summer of 2004 with high expectations. He went on to make a total of 40 appearances in all competitions during the 2004/05 season, as Maccabi went on to win the Israeli league championship for 4th time in 5 seasons. Nevertheless, his performances were below expectations, and he was released at the end of the season, returning to his native Brazil.

This shirt is very rare as this is the only match in which this white away kit was used in a European match, featuring the UEFA Cup patch. In an unusual fashion, this shirt was also used in the following 2005/06 season, as Puma opted for single set of shirts to be used for two consecutive seasons. 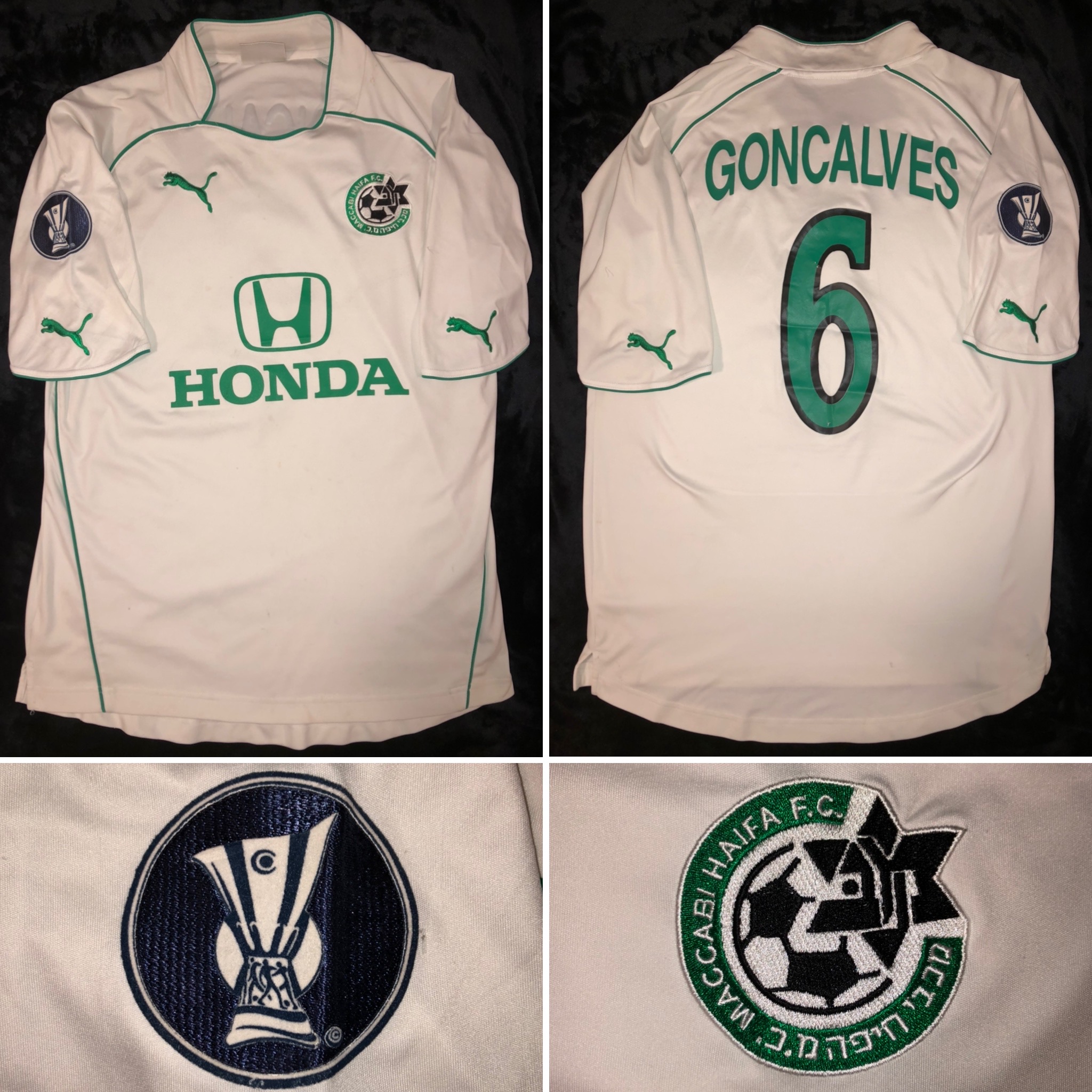