January 28, 2021
Match issued Israel 2020/21 away shirt, issued for young forward Eylon Almog #16 for Israel's two first matches of the 2020/21 UEFA Nations League (League B), against Scotland away in Hampden Park on September 4, 2020 and against Slovakia at home in Netanya Stadium on September 7, 2020. The same white kits were used in both matches, both ended in 1-1 draws, and Almog was an unused substitute in both matches.

As of the writing of this post, the promising 21-year old forward, who plays for Maccabi Tel Aviv, remains uncapped for the national team. In fact, this was only the second time that Almog was called up for the senior national team, as he played mostly for the U21 team. Coincidentally, I also have his match issued shirt from his first call-up to the senior team, against Poland away in Euro 2020 qualification.

These two matches were the first to be played in this new Puma shirt design. This was also Israel's first international match of 2020, as international football was put on hold for the first two thirds of the year due to COVID-19. 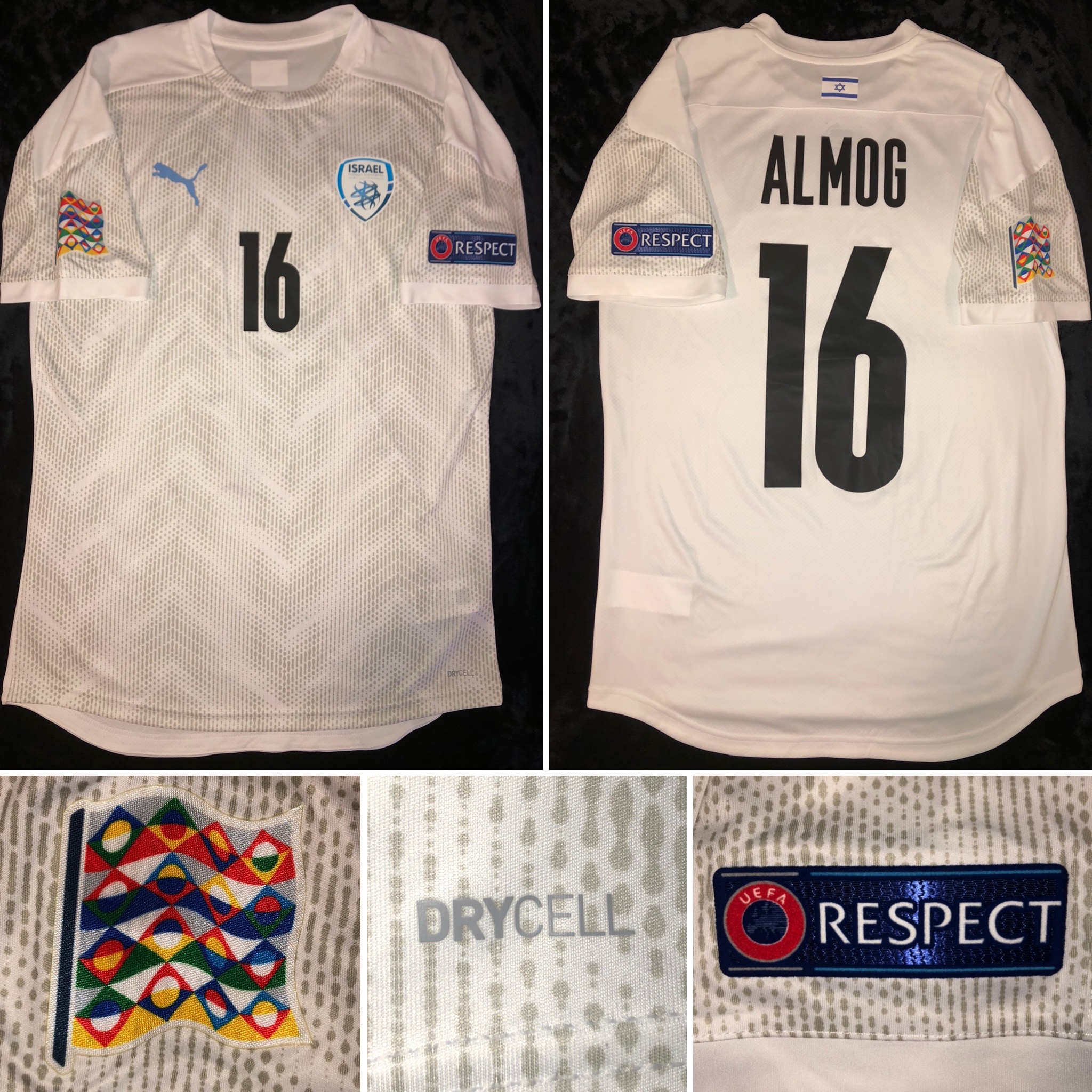