January 23, 2021
Match worn Hapoel Be'er Sheva 2020/21 home shirt, worn by Argentinian-Israeli defensive midfielder Lucas Mariano Bareiro #35 in the Europa League group stage home match vs. Bayer Leverkusen on November 5, 2020 at the HaMoshava Stadium in Petah Tikva. Bareiro played the full match as Hapoel Be'er Sheva lost 4-2, ultimately finishing in 3rd place with 6 points in Group C together with Bayer Leverkusen, Nice and Slavia Prague. Bareiro started in 5 out of the 6 group stages matches (all but the last one, in which he didn't feature).

Hapoel Be'er Sheva is playing in Petah Tikva during the 2020/21 season as their home stadium in Be'er Sheva is undergoing repairs. This is Be'er Sheva's third European campaign, having previously played in the Europa League group stage in the 2016/17 and 2017/18 seasons.

25-year old Bareiro joined Be'er Sheva on loan for the season from Argentinian club Racing Club in September 2020. A few months later, it was revealed that he has Jewish heritage, and in January 2021 he was granted Israeli citizenship, as such not counting as a foreigner in the league. As of the writing of this post, he made a total of 20 appearances in all competitions this season, scoring one goal. 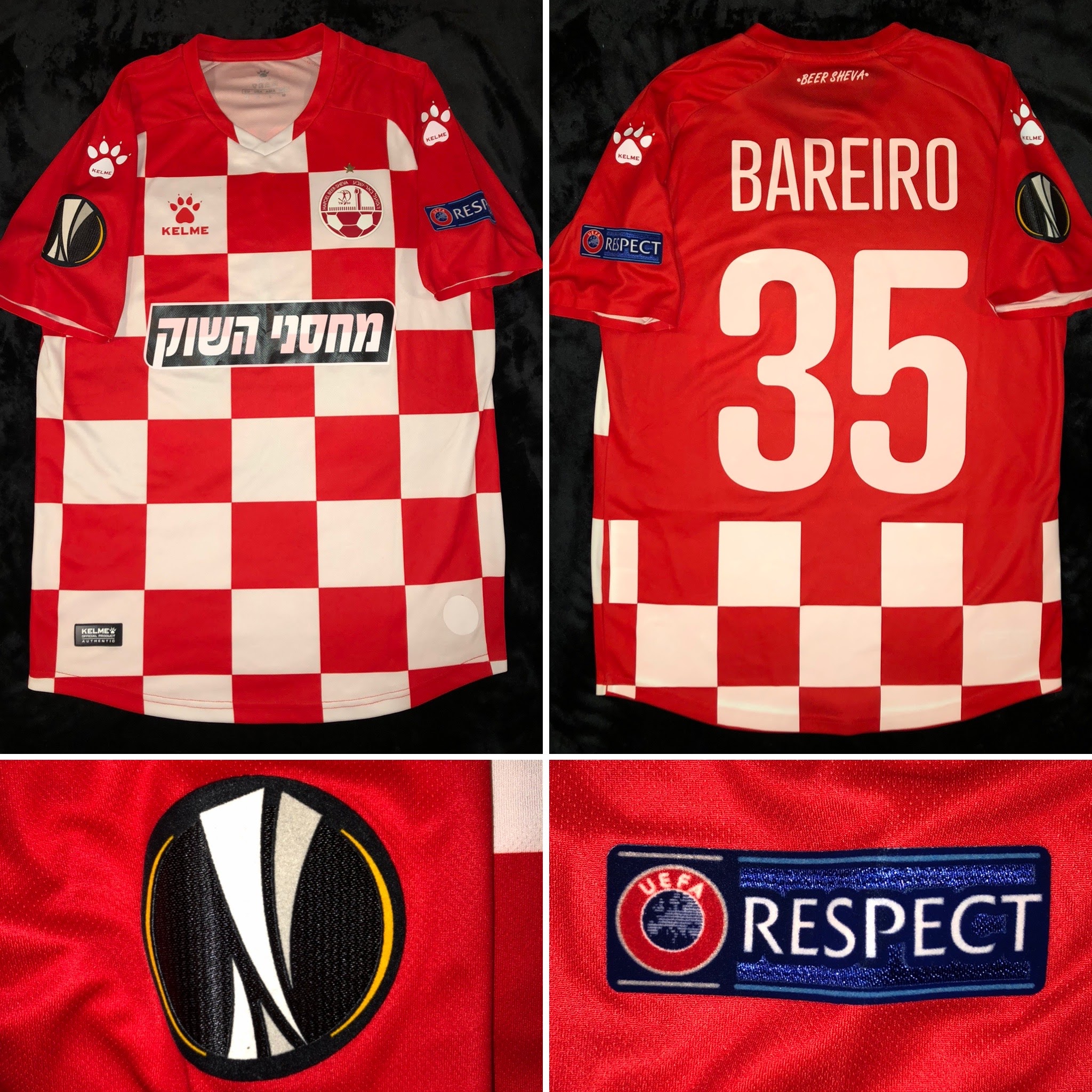