December 28, 2020
Match worn Maccabi Tel Aviv 2015/16 home shirt, worn by Serbian striker Dejan Radonjić #99 in the Champions League group stage match against Chelsea away at Stamford Bridge on September 16, 2015. Radonjić came on as a substitute in the 64th minute as Maccabi Tel Aviv were comprehensively defeated 4-0. They would go on to lose all six matches, scoring only a single goal in the process.

25-year old Radonjić joined Maccabi Tel Aviv on loan from Dinamo Zagreb in August 2015. However, his loan spell was very disappointing, as other than this single substitute appearance in the Champions League, he only made three appearances in the Israeli league, without scoring any goals, before his loan spell was terminated halfway through the season. He was then loaned out to fellow Israeli side Hapoel Ra'anana for the second half of the season, where he scored 2 goals in 13 league appearances. 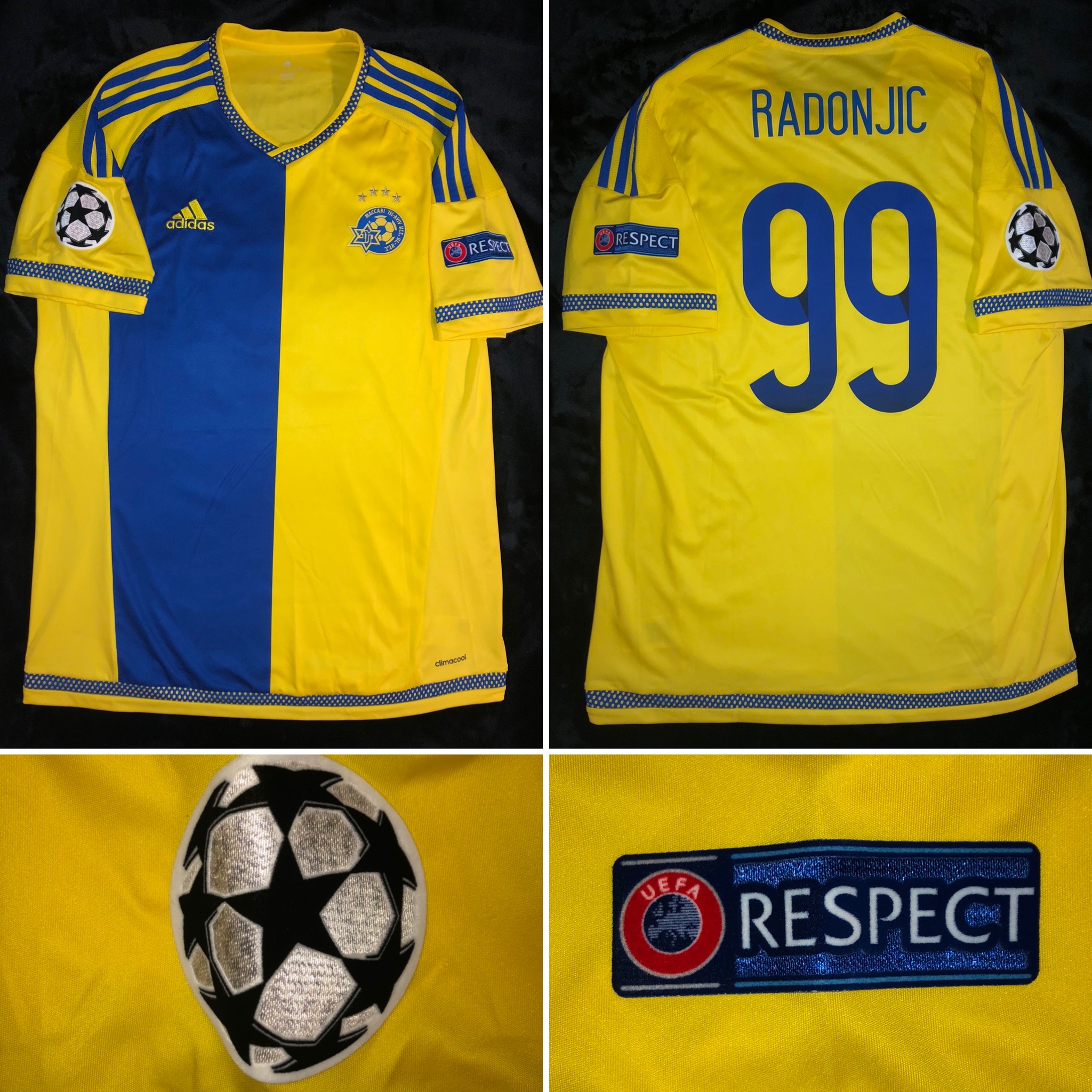