December 31, 2020
Match issued Maccabi Haifa 2003/04 long sleeve away shirt, issued to young Israeli defensive midfielder Asi Abrahami #15 for the UEFA Cup 2nd Round second leg match against Valencia at "home" at the Sparta Stadium in Rotterdam on December 11, 2003. In those years, Israeli clubs were not allowed to host UEFA matches in Israel due to the security situation, and were forced to play abroad. Abrahami was an unused substitute as Maccabi lost 4-0 both in the match and on aggregate, following a highly impressive 0-0 draw away in Spain in the first leg.
Abrahami is a product of the Maccabi youth team, spending two seasons with the senior team - 2002/03 and 2003/04. He made a total of 31 appearances for Maccabi in all competitions, however, half of them were in unimportant League Cup matches. He only made 2 substitute appearances in Europe, coming off the bench in both UEFA Cup 1st Round matches against Slovenian side Publikum, in the 81st minute in the "home" game in Izmir, Turkey and in the 89th minute in the away game.

The long sleeve shirts with names on the back were prepared specifically for this match, and all the photos available from the match show all players playing in long sleeves. Notably, as opposed to the shirts used in the league (example), there are no Lotto logos on the collar and on the sleeves, as per UEFA regulations the manufacturer logo is only allowed once on the shirt. 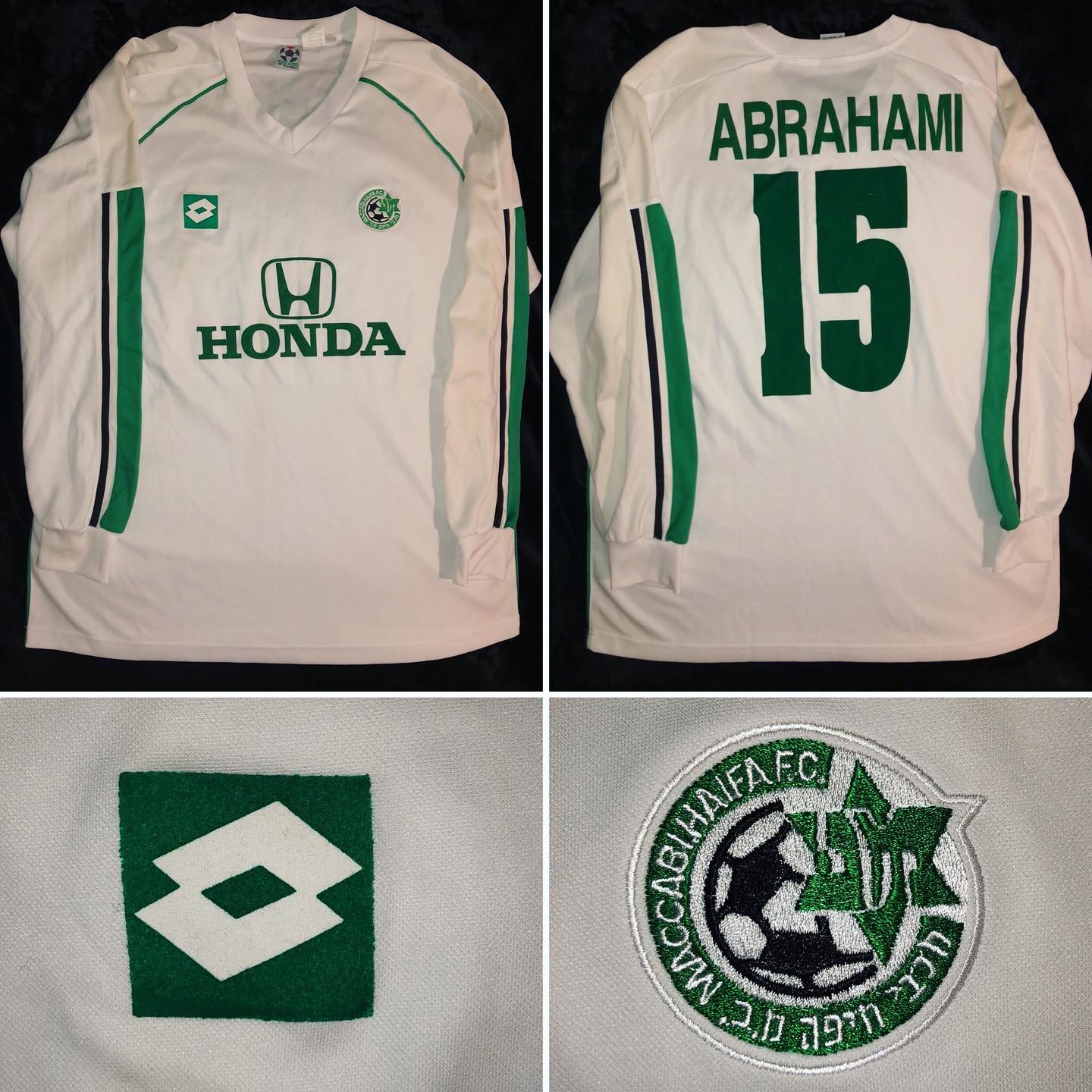