Extremely rare match worn Maccabi Haifa 1991/92 "third" shirt, worn by Israeli defender Yossi Zarfaty #13 during the 1991/92 Israeli Premier League season, in which Maccabi Haifa finished in 3rd place. While in those days teams played in various kits without "home/away/third" designations, this kit was used the third least of four kits that were used that season.

Zarfaty, a Maccabi Haifa youth team product who played as both center back and right back, played for the club for 4 years between 1988 and 1992, making a total of 83 appearances in all competitions (50 of them in the league), and scoring a single goal in the Intertoto Cup. With Maccabi, he won the league twice, in 1988/89 and in 1990/91, as part of the double. This 1991/92 season was his last at the club.

This shirt is by far the oldest Maccabi Haifa shirt in my collection. It's extremely rare, as based on my research, it was only worn in a couple of matches. Furthermore, in those days players generally had only a couple of shirts for the entire season, meaning there are very few surviving original shirts like this. This season was Maccabi Haifa's first with Italian kitmaker Lotto, with which the club would go on to be partnered for many years to come. A distinctive feature of the shirt is the club's crest, featuring a lion with a ball, which was used on the club shirts for 4 years from 1988 to 1992.

I've also attached at the end of the page the only match video I was able to find with this shirt, in a league match against Maccabi Tel Aviv. Bizarrely, this kit was worn only in the first half, as due to the pouring rain the players changed to their spare shirts at half time, which were the main kit that season. 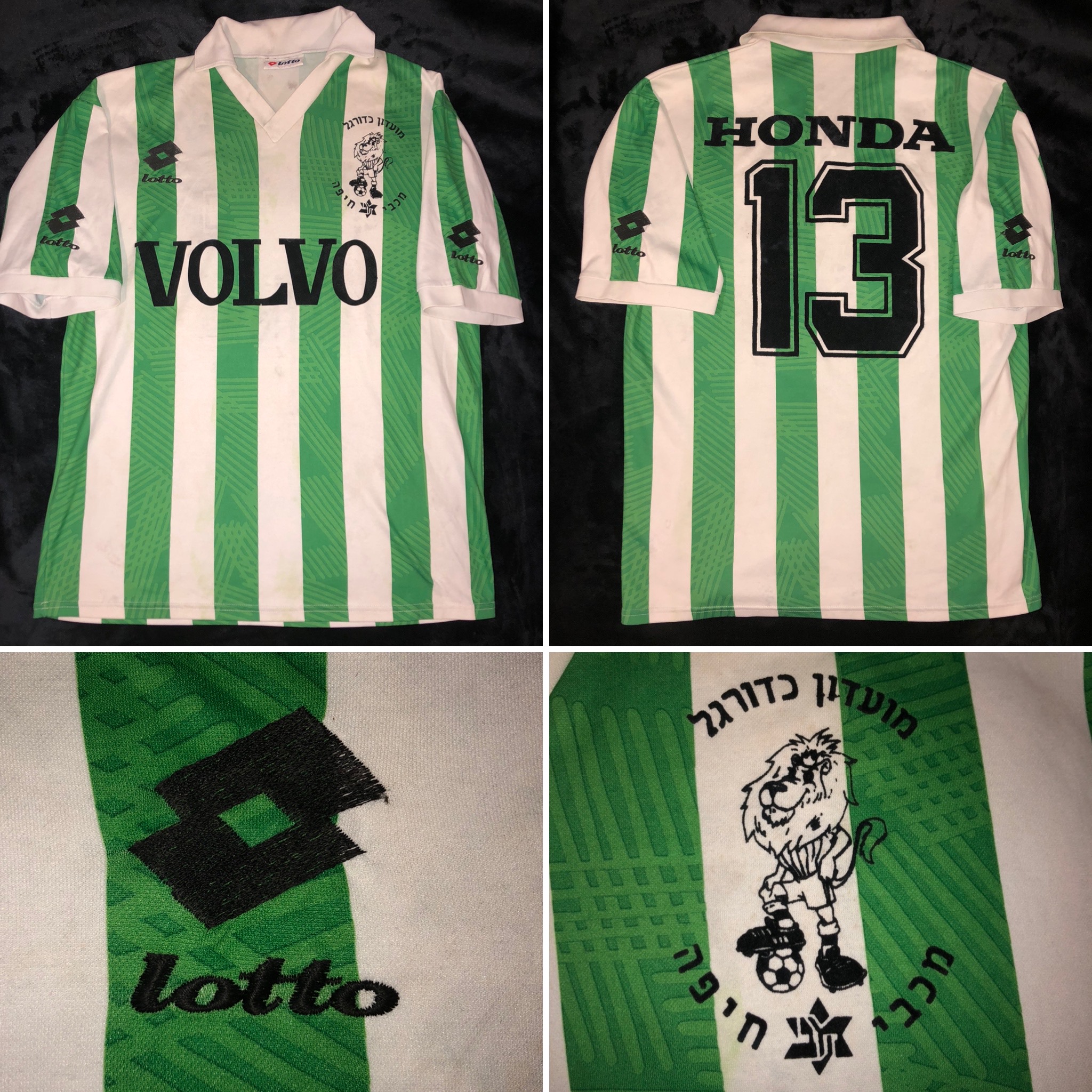