November 17, 2020
Match worn Beitar Jerusalem 2019/20 away shirt, worn by Israeli midfielder Dan Einbinder #9 in an Israeli Premier League match against Maccabi Tel Aviv away on July 1, 2020 at Bloomfield Stadium in Tel Aviv. Einbinder played the full match as Maccabi Tel Aviv won 1-0. Einbinder made a total of 30 appearances in all competitions this season, scoring one goal and providing two assists, as Beitar finished the season in 3rd place in the league.

The 31 year-old midfielder is a Beitar Jerusalem youth team product, and originally played for the club from 2008 to 2012. He later returned got two more seasons between 2015 and 2017, and finally for two last seasons from 2018 until 2020, playing a total of 8 seasons for the club across three spells. He made a total of 198 competitive appearances for Beitar in all competitions (excluding the League Cup), scoring 17 goals. He also has 8 caps for the Israel national team, scoring 1 goal. 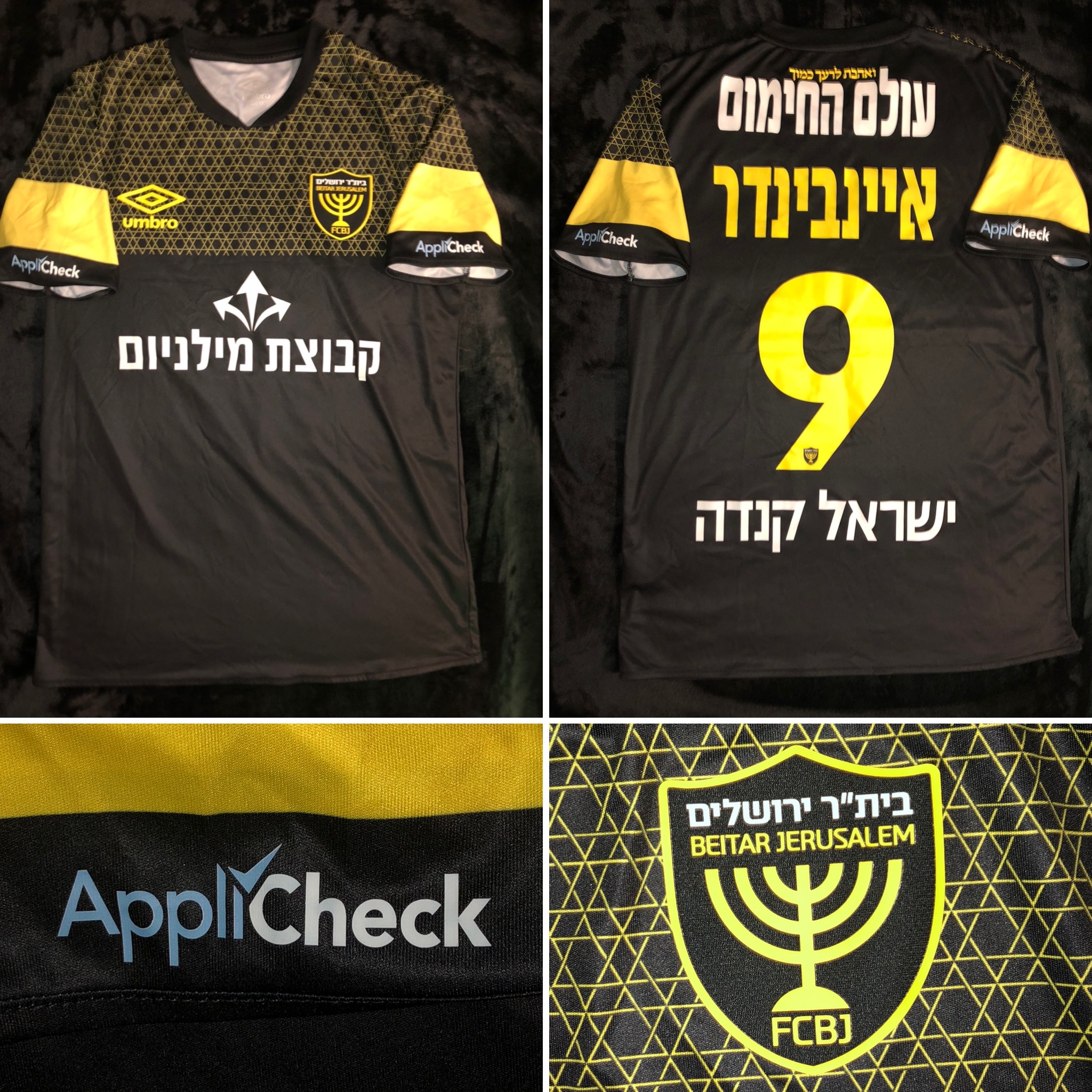