Match issued Maccabi Tel Aviv 2019/20 home shirt, issued to Portuguese center back Jair Amador #3 at the end of the 2019/20 Israeli Premier League season. This shirt was only used in the last two matches of the league, vs. Maccabi Haifa away on 04/07/20 and vs. Hapoel Be'er Sheva away on 07/07/20. Amador was an unused substitute in both matches, as Maccabi Tel Aviv had already secured the league title and was not playing with its full squad. He made a total of 44 appearances in all competitions as Maccabi Tel Aviv won the league for a second consecutive season.

There are a couple of things that make the shirt special. First, it features a unique fan-inspired sentence under the shirt, "always with you everywhere". These sentences were introduced on the shirt during the league play-off round, referring to the teams fans, which were absent as matches were played without fans due to the COVID-19 pandemic. Secondly, it features the 24 times winners patch on the chest as this was, according to the club, their 24th league title (the Israeli league considers them to have 23 titles, as one title is disputed). These patches were only present on the shirts in the last two matches of the season. 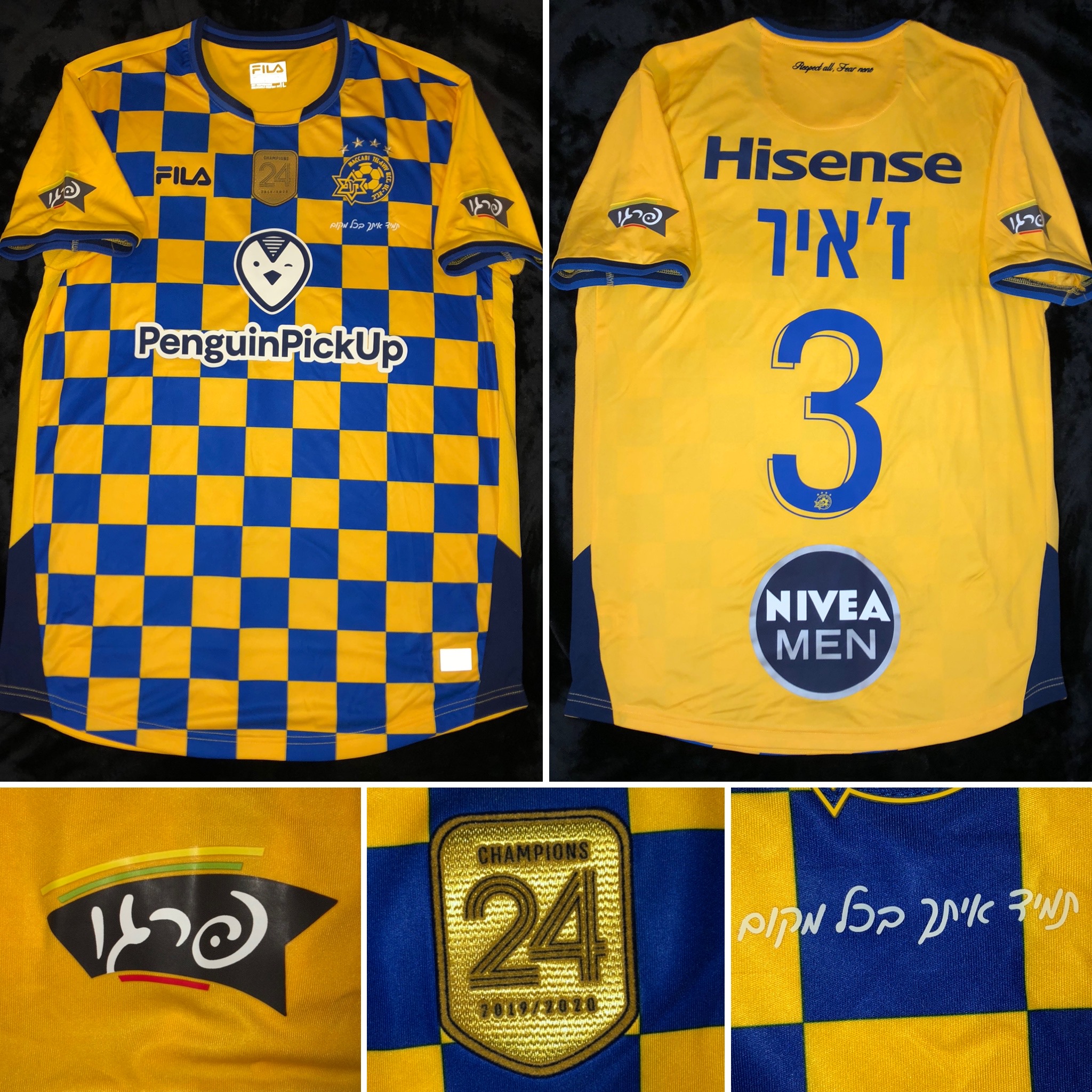