October 04, 2020
Match issued Maccabi Haifa 2008/09 long sleeve third shirt, issued to South African striker Thembinkosi "Terror" Fanteni #9 during the 2008/09 Israeli Premier League season. This alternative third kit was only used in two matches this season - against Bnei Yehuda at home on 24/09/2008 and against Ironi Kiryat Shmona on 15/11/2008. Fanteni started in both matches, but played in short sleeve shirts.

Signed in the January 2008 transfer window, he had a good second half of the 2007/08 season, scoring 6 goals in 14 league matches. In 2008/09, Fanteni had a great season and was the club's top goalscorer, scoring 11 goals in 30 league games as Maccabi Haifa won the Israeli League title and reached the State Cup final. In total, in his 1.5 seasons at the club, he scored 17 goals in 44 league appearances, and 22 in 58 in all competitions. Following this season, he wanted to return home to South Africa, and was loaned out to Orlando Pirates and later sold to Ajax Cape Town.

This was the first time that Maccabi Haifa used a light green alternative kit (also used in 2014/15 and in the 2019/20 season), and this was also the first season in which the team had four different kits - green, white, black and light green. Nevertheless, the green home kit was used extensively this season, with the white kit used in only 3 games, the black kit in only one State Cup game, and this light green kit was used in two league games only. Bizarrely, for unknown reasons, last season's home kit (2007/08) was also worn this season, in 3 league games, several Toto Cup games, and the State Cup Final against Beitar Jerusalem. 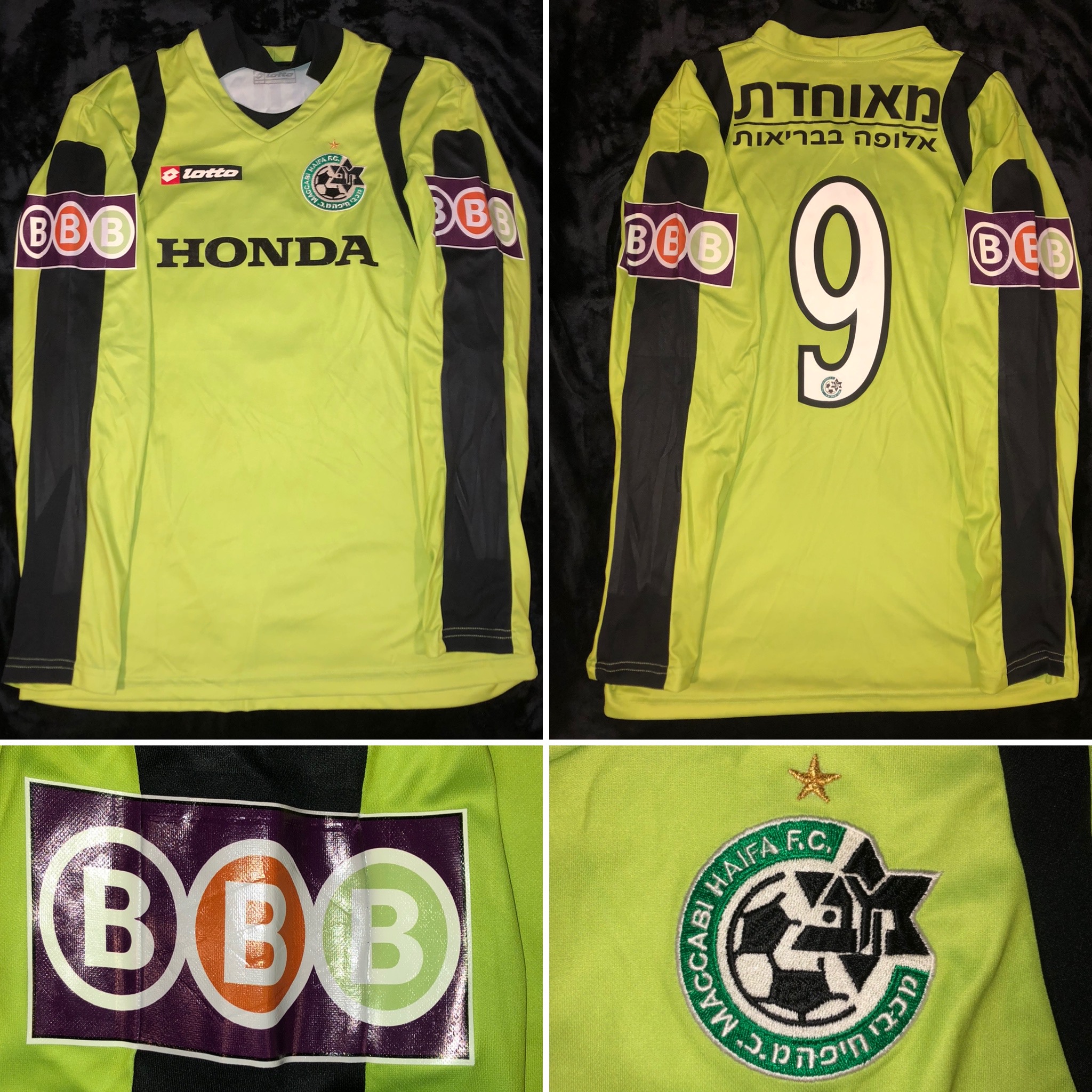