Match worn/issued Maccabi Tel Aviv 2019/20 home shirt, issued to or worn by Israeli defender/midfielder and club captain Sheran Yeini #21 during the 2019/20 Israeli Premier League season. The veteran 33-yeard old captain made a total of 17 appearances in all competitions this season (6 as a substitute), with an injury sidelining him for a large part of the season, as Maccabi Tel Aviv won the league in impressive fashion, losing only one league match all season (on the very last match day).

The shirt additionally features a fan-inspired sentence, "the soul yearns for Bloomfield", referring to the club's home ground Bloomfield stadium. These phrases below the club badge were introduced during the play-offs, which were played behind closed doors due to COVID-19, with different sentences used across the players' shirts. 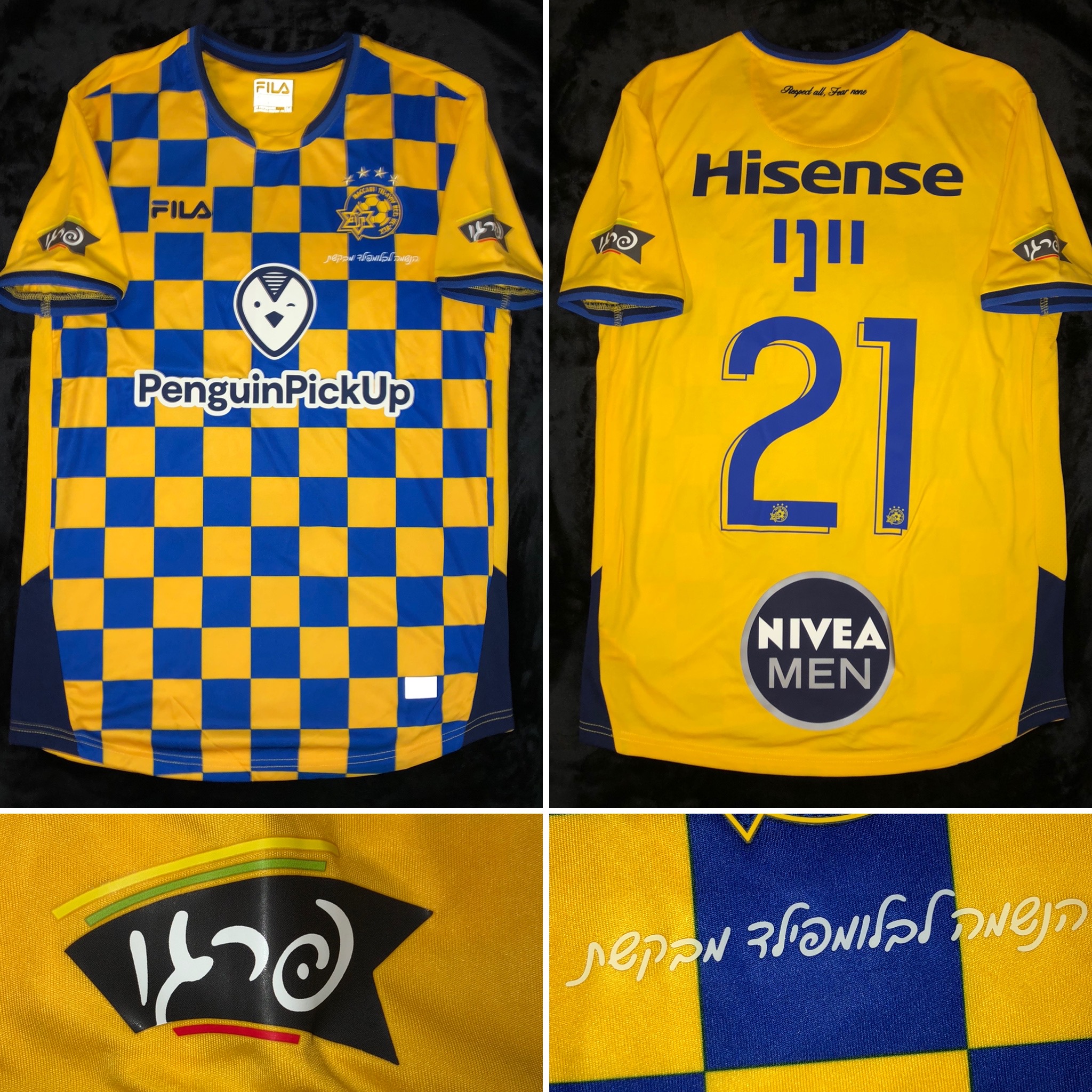