September 17, 2020
Match worn/issued Maccabi Tel Aviv 2019/20 home shirt, issued to or worn by Jewish-American striker Aaron Schoenfeld #25 during the 2019/20 Israeli Premier League season. Schoenfeld was a back-up player during the season, making only 9 appearances in all competition (5 of them as a substitute), scoring only 2 goals (1 in the league), as Maccabi Tel Aviv won the league in impressive fashion, losing only one league match all season (on the very last match day).

Schoenfeld joined Maccabi Tel Aviv from city rivals Hapoel Tel Aviv halfway through the 2016/17 season in February 2017. Over 3 seasons with Maccabi Tel Aviv, he made a total of 85 appearances in all competitions (more than half of them as a substitute), scoring 12 goals and providing 8 assists, before leaving back to the United States and joining Minnesota United in February 2020. 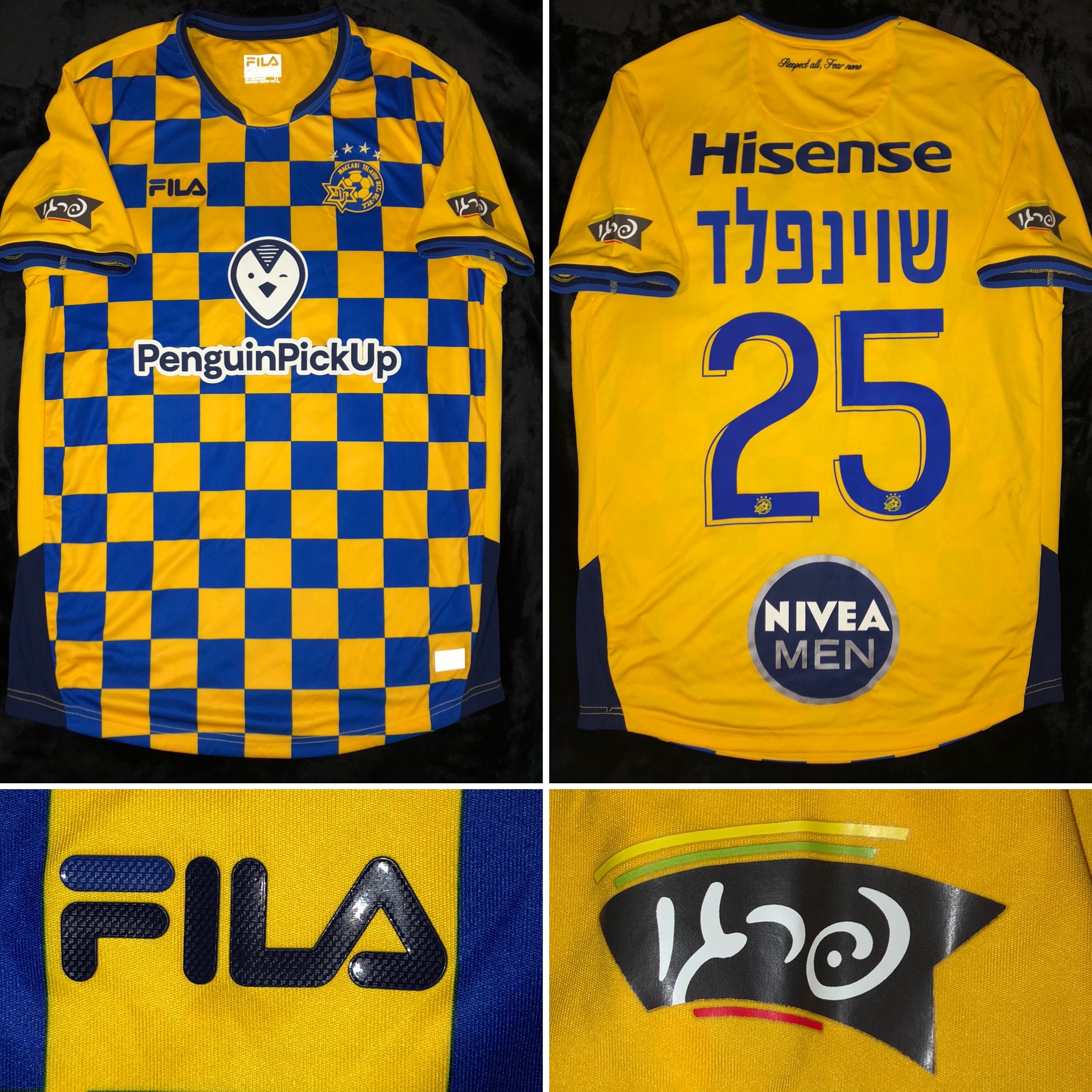