Match worn Maccabi Tel Aviv 2013/14 away shirt, worn by Israeli center back Eitan Tibi #18 in the Europa League group stage away match vs. APOEL Nicosia on November 28, 2013 at the GSP Stadium in Nicosia. Tibi played the full match, which ended in a 0-0 draw.

This was Maccabi Tel Aviv's joint most successful ever campaign in Europe, as they finished in 2nd place in Group F with Eintracht Frankfurt, Bordeaux and APOEL Nicosia, with 11 points, and advancing for the first time to the knockout stage in Europe, reaching the Round of 32. They repeated this achievement in the current 2020/21 season, reaching the Round of 32 again.

Tibi joined Maccabi Tel Aviv from Ironi Kiryat Shmona in summer of 2012, going on to make over 300 appearances in all competitions for the club, including 3 participations in the Europa League group stage (2013/14, 2016/17 and 2017/18) and a participation in the Champions League group stage in 2015/16. Tibi has also made 43 appearances for the Israel national team, as of the writing of this post, scoring one goal.

The shirt is very rare as this was the only match in the Europa League this season in which the blue away kit was used. 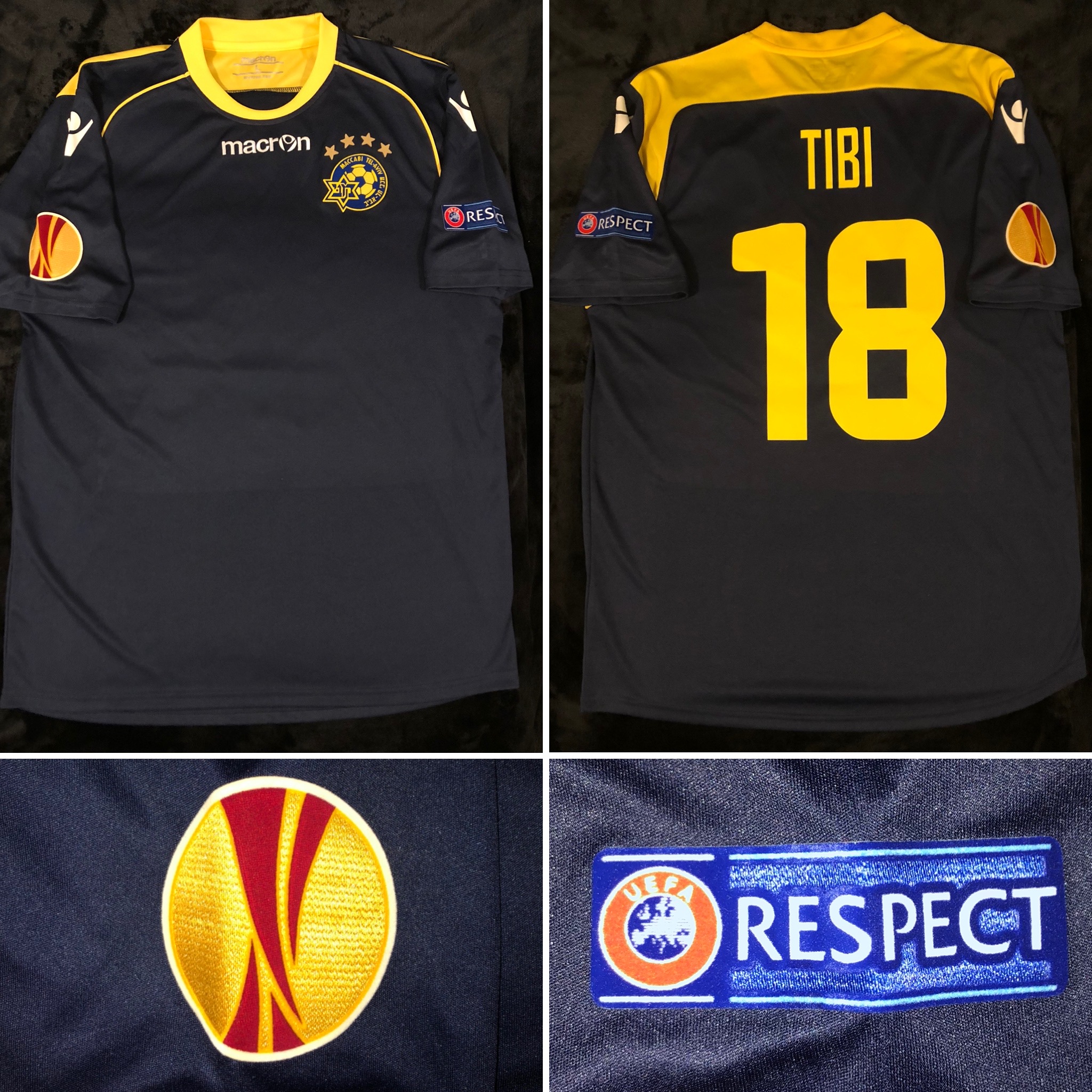