Megrelashvili re-joined Maccabi Haifa in summer 2011 from Alki Larnaca, having previously played for the club for three years from 2004 to 2007, being the first-choice left back in that period. However, he almost did not play at all in his second spell at the club, with young home-grown left back Taleb Tawatha being preferred over him. As a result, he was loaned out to Beitar Jerusalem for the rest of the season, in the winter transfer window, later signing with them permanently.

He made only two substitute appearances for Maccabi Haifa in the league in this half season, coming on in the 68th minute against Bnei Sakhnin away, and in the 89th minute against Ironi Kiryat Shmona away. In both thos matches, the white away kit was used.

This vertically striped shirt was one of 4 kits used by the team this season. However, it was used quite extensively this season, in fact, more than the white away kit - in 12 out of 37 league matches. This is the first striped kit Maccabi have had in many years, with various striped kits (both horizontal and vertical) having been used previously in the 1980s and 1990s, the last time being in 1996/97 and 1997/98 (also with Nike). Various striped kits were then also used in the following two seasons (2012/13 and 2013/14). The orange league-sponsored 'Winner League' patches on this shirt were used for this one season (2011/12) only. 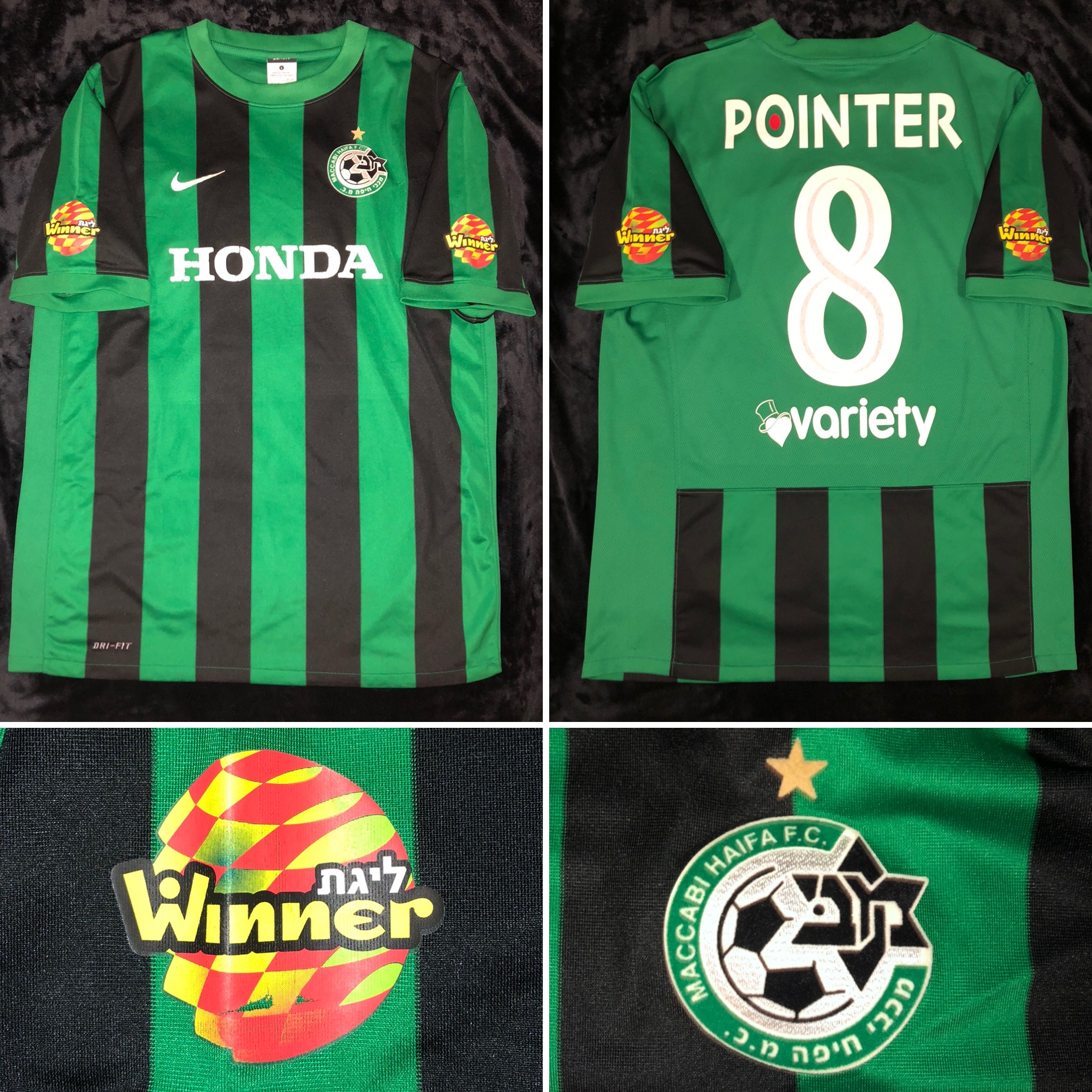