Match worn/issued Maccabi Haifa 2010/11 away shirt, issued to or worn by Argentinian center back Ignacio Canuto #3 during the 2010/11 Israeli Premier League season.

The 24 year-old Argentinian center back joined Maccabi Haifa from Argentinos Juniors in summer 2010 for a high transfer fee. However, his spell at the club was not successful, and he was sold to Paraguayan side Libertad in January 2011 after only half a season.

He made a total of 19 appearances in all competitions for Maccabi Haifa as the club went on to win the 2010/11 Israeli league, a title that he is also credited with despite leaving halfway through the season, as he made 10 league appearances. He has also made 3 appeaarnces for the Argentinian national team between 2009 and 2010, scoring one goal in a friendly against Jamaica.

Canuto made three appearances in the league in this white away kit, against Maccabi Petach Tikva at home, Beitar Jerusalem at home, and Bnei Sakhnin away. 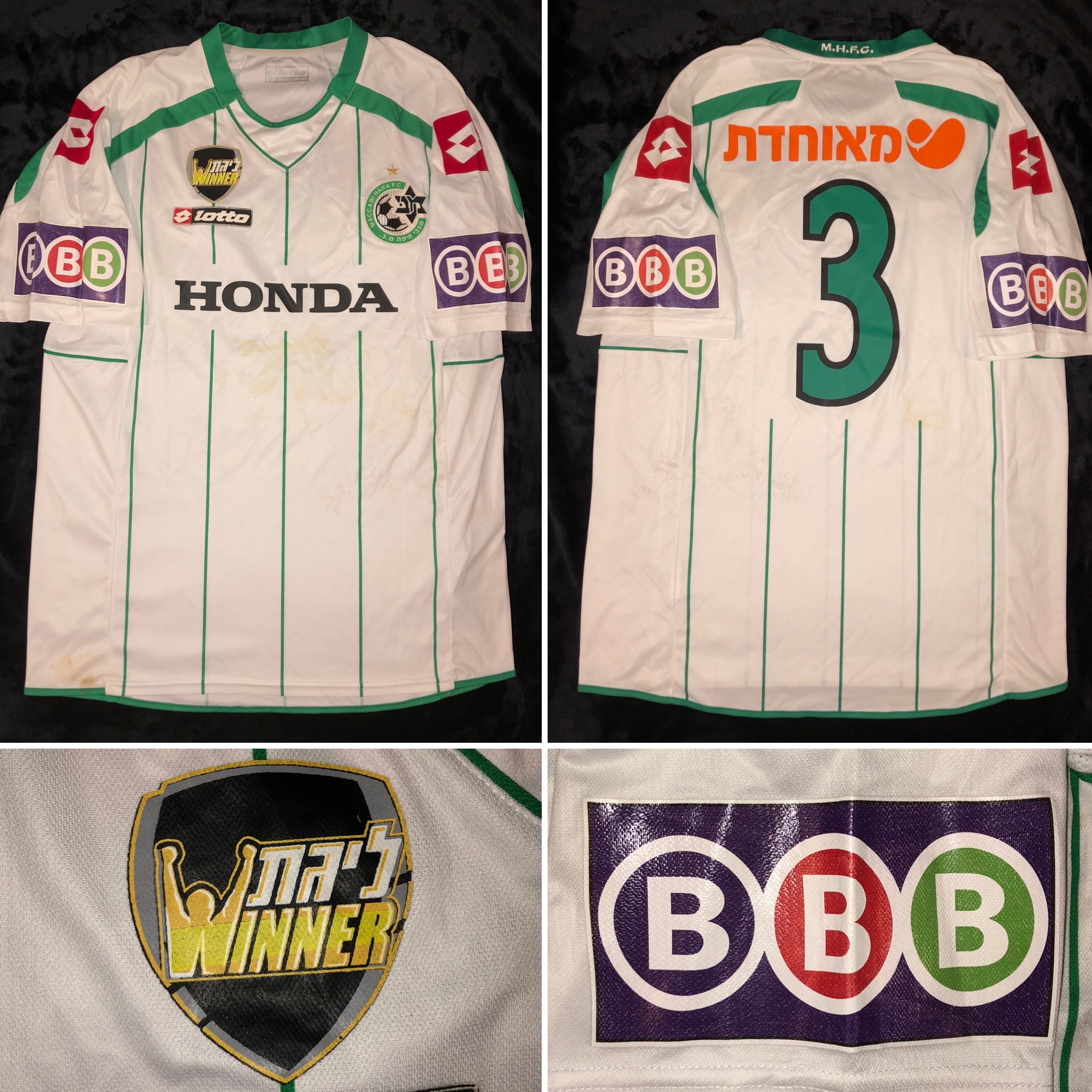