Match worn/issued Manchester City 2009/10 home shirt, issued to or worn by Israeli center back Tal Ben Haim #26 at the beginning of the 2009/10 English Premier League season.

Ben Haim joined Manchester City from Chelsea in summer 2008, but after making only 9 league appearances in the first half of the 2008/09 season, he was loaned out to Sunderland for the second half of the season. Upon his return to Manchester City for the 2009/10 season, he was part of the team in the beginning of the season, but only played in pre-season friendlies, before transferring to Portsmouth at the very end of the transfer window in August 2009.

Ben Haim is the second-most capped player in the history of the Israel national team with 96 caps between 2002 and 2017, trailing only Yossi Benayoun with 102 caps. 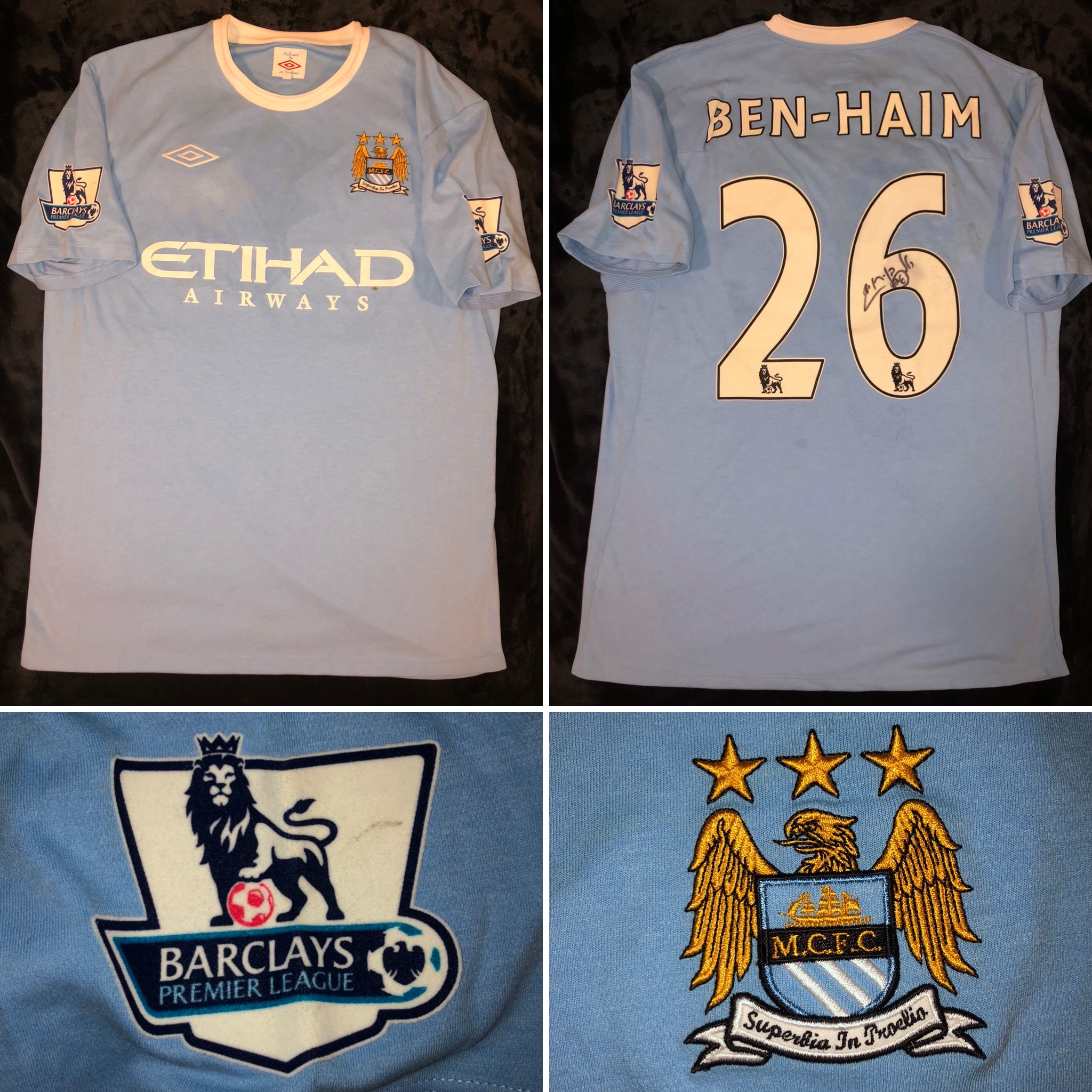