October 26, 2020
Match worn Hapoel Tel Aviv 2000/01 home shirt, worn by Israeli left back Yigal Antebi #20 in the Champions League 2nd Qualifying Round 2nd leg match against Sturm Graz at home on August 2, 2000 at Bloomfield Stadium in Tel Aviv. Antebi played the full match as Hapoel lost 2-1, losing 5-1 on aggregate after the 3-0 defeat away in the first leg. The shirt was swapped with a Sturm Graz midfielder and comes from his personal collection.

25 year-old Antebi joined Hapoel Tel Aviv from Maccabi Herzliya in 1999, going on to play 10 seasons for Hapoel Tel Aviv until 2009, and becoming a fan favourite. He would later return from another two season from 2012 to 2014, before retiring. In total, he made 351 appearances in the Israeli Premier League for Hapoel, and 494 in total in his career (9th place in the top appearances ranking), winning a famous League and State Cup double in 1999/00, as well as a further 3 State Cups and one League Cup. 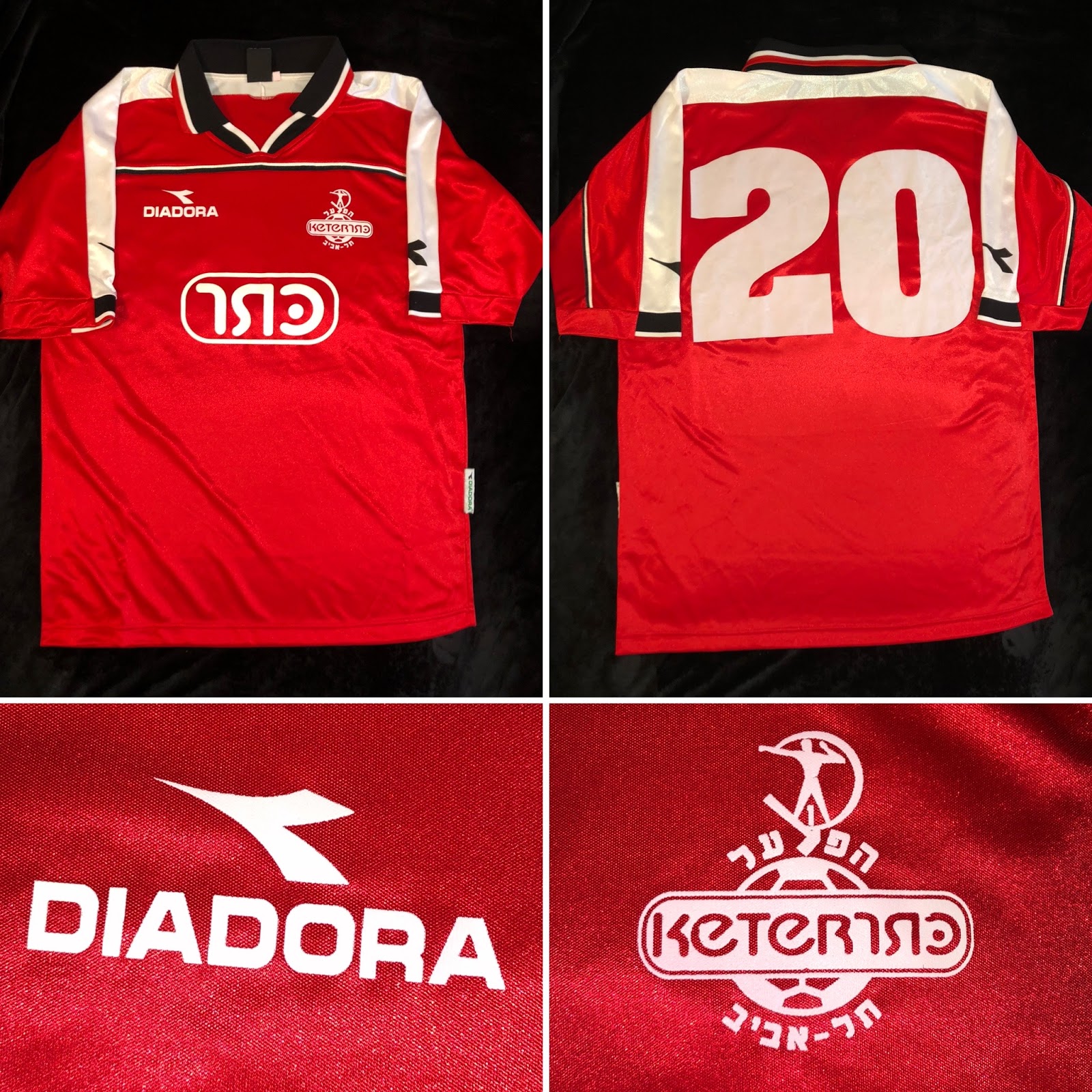