July 09, 2020
Match worn Maccabi Haifa 2013/14 home shirt, worn by Israeli-Arab left back Taleb Tawatha #13 in the Europa League group stage match against AZ Alkmaar away on November 28, 2013 at AFAS Stadion in Alkmaar. Tawatha played the full match as Maccabi lost 2-0 and lost all remaining chances to advance from group stage, in the end finishing with 5 points in 3rd place in Group L with AZ Alkmaar, PAOK and Shakhter Karagandy. This was Maccabi Haifa's second Europa League campaign (after 2011/12).

Tawatha, a Maccabi Haifa youth team product, was Maccabi's starting LB through the season and appeared in 11 out of the 12 Europa League matches during the campaign (including qualifiers), starting in 10 of them. Between 2009 and 2016, he made a total of 217 appearances for Maccabi in all competitions, scoring 7 goals. With Maccabi, he won one league championship, one State Cup, and participated in the group stages of the Champions League once and the Europa League twice, before joining Bundesliga side Eintracht Frankfurt in summer 2016.

The shirt was swapped with an AZ player after the match. I also have his away shirt from the same campaign, worn in the last match of the group stage against Shakhtar Karagandy at home. 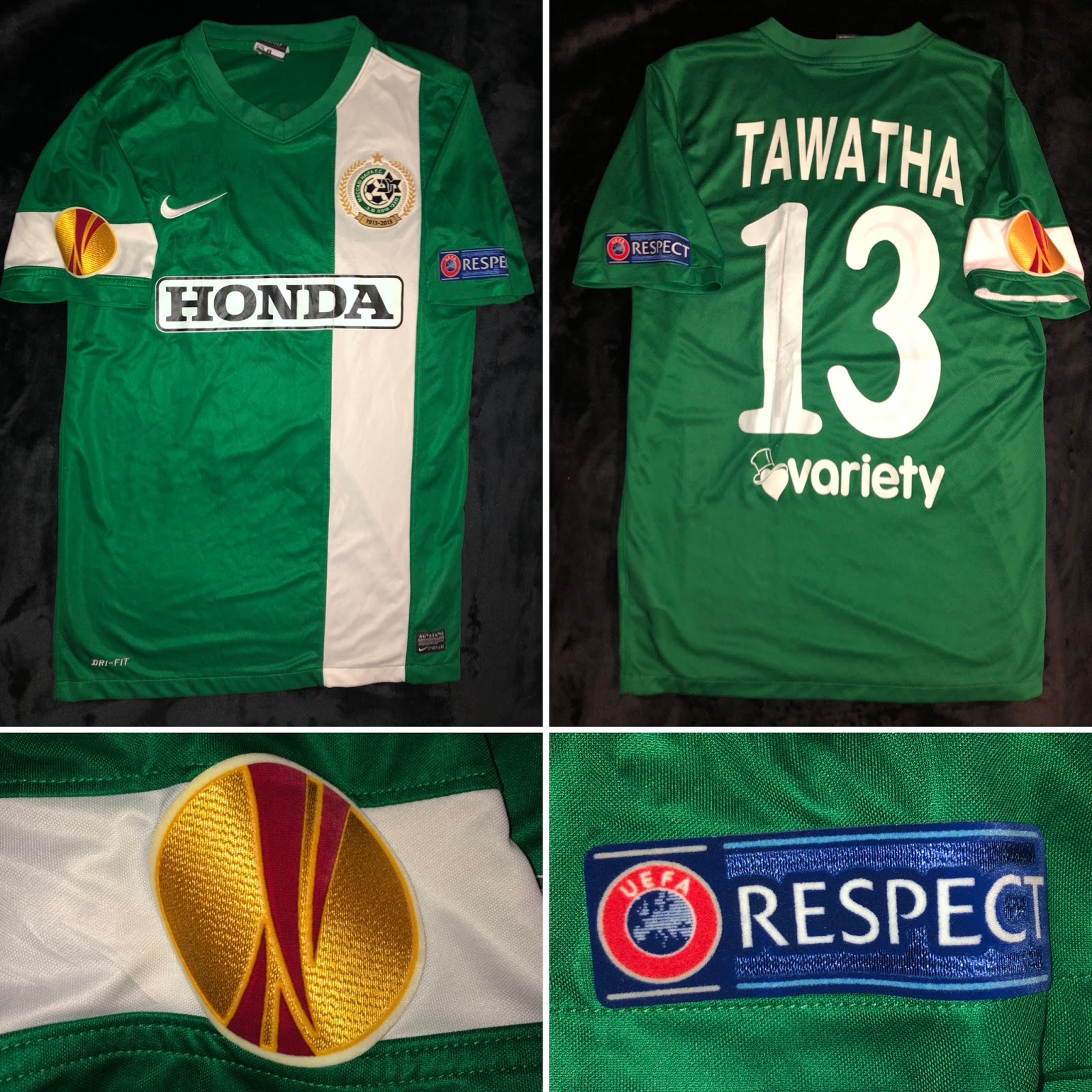