September 13, 2020
Match worn Israel 2016/18 home shirt, worn by center back Eitan Tibi #21 in the 2018 World Cup qualification match against Spain at home at Teddy Stadium in Jerusalem on October 9, 2018. Tibi played the full match as Israel lost by a minimal score of 1-0. This was the last match of this qualifying campaign, with Israel finishing in 4th place in Group G with 12 points, behind Spain, Italy and Albania.

Since making his debut in 2012, Tibi has made a total of 43 appearances for the Israel national team as of the writing of this post, scoring one goal, which happened to be in this qualifying campaign against Lichtenstein away. As with most (but not all) shirts worn during the campaign, it features match details. 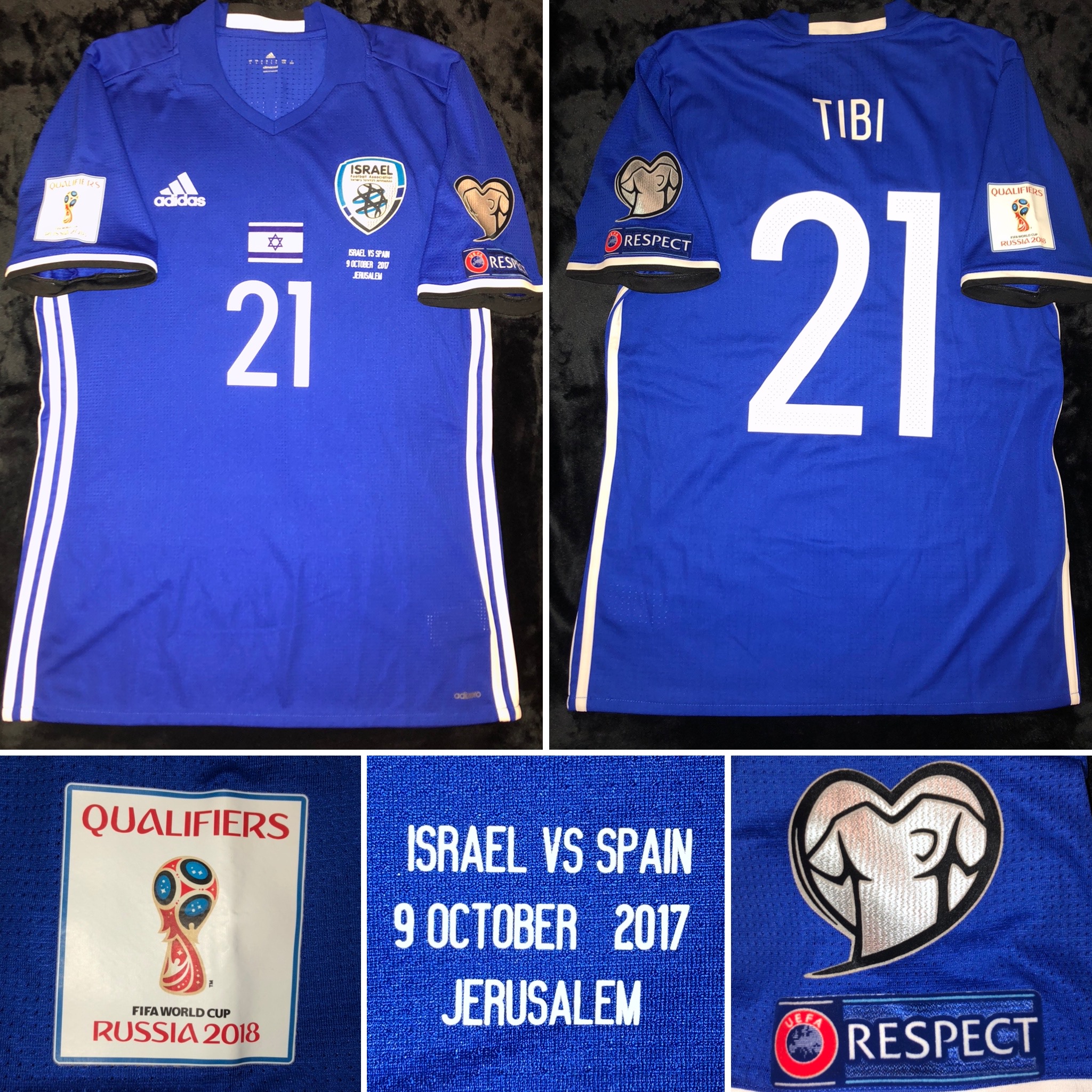