Match issued Maccabi Tel Aviv 2015/16 home shirt, issued to Israeli right back Oz Raly #27 for the 2015/16 Champions League group stage campaign. Raly, who was a back-up for first-choice right back Eli Dasa, did not play a single minute in the group stage, and was only in the squad for one of the six matches, against Dynamo Kiev at home on September 29, 2015.

Joining Maccabi Tel Aviv in September 2015 after 10 years at his boyhood club Bnei Yehuda, Raly saw very little game time, making only two appearances for the club in the league, as Dasa was the undisputed first-choice right back. After half a season only, he left in the January transfer window to join Ironi Kiryat Shmona in order to play regularly. 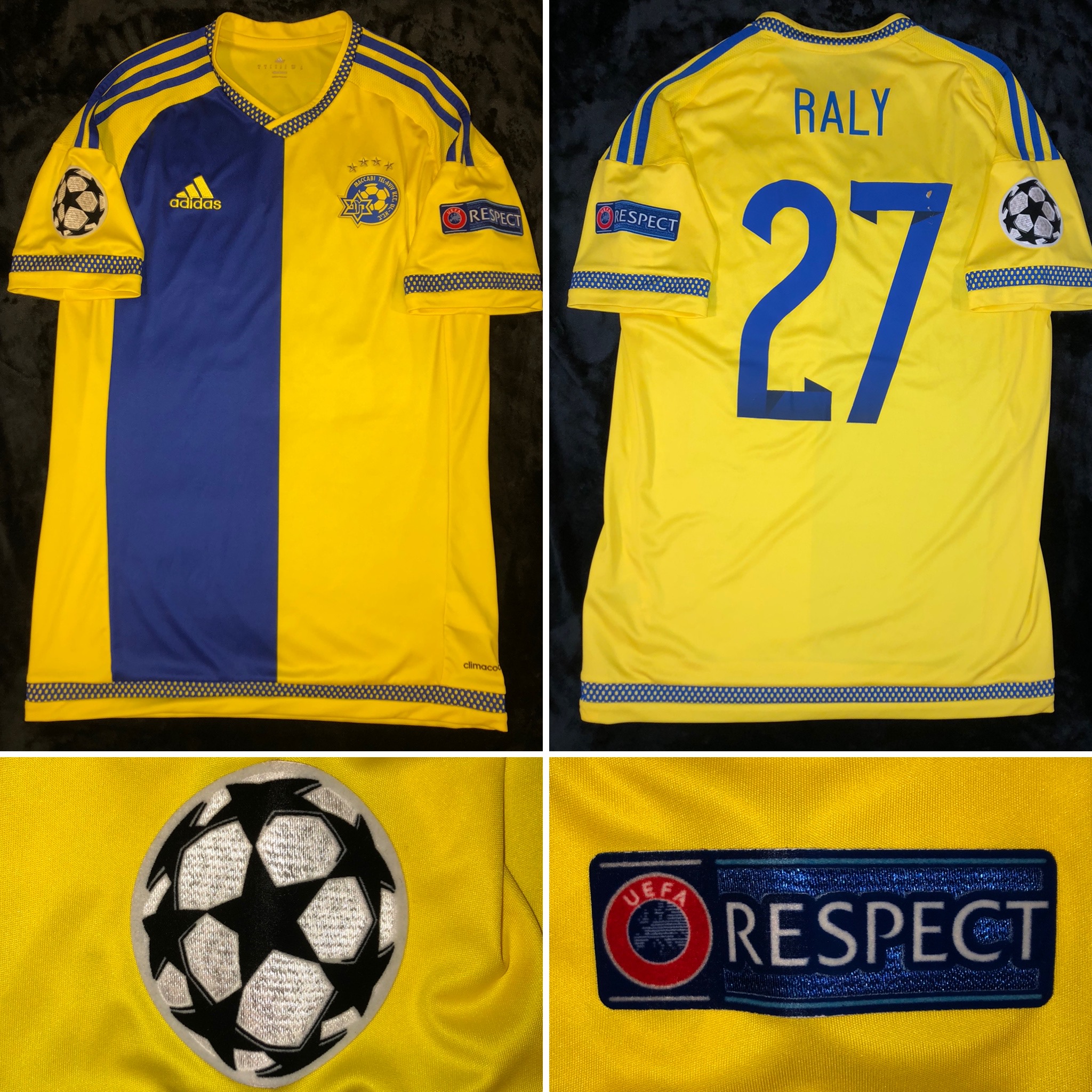