Match worn/issued Maccabi Tel Aviv 2009/10 grey goalkeeper shirt, issued to or worn by Israeli second-choice goalkeeper Guy Solomon #22 during the 2009/10 Israeli Premier League season. Solomon made only 4 appearances during the season, all in the League (Toto) Cup.

During his 5 seasons with Maccabi Tel Aviv from 2006 to 2011, Solomon was the back-up goalkeeper for several first-choice goalkeepers: Tvrtko Kale, Dragoslav Jevric, and Liran Strauber. During these 5 seasons, he made a total of 25 appearances, of which 20 were in the League (Toto) Cup, considered the least important competition, with only 3 league appearances during this time.

This was the only season in which Maccabi Tel Aviv played in Kappa kits, and the last one before they started to have the players last name on the back of the shirt - in English - being the first Israeli club to do so. The rest of the league only started doing this in 2015, and in Hebrew. 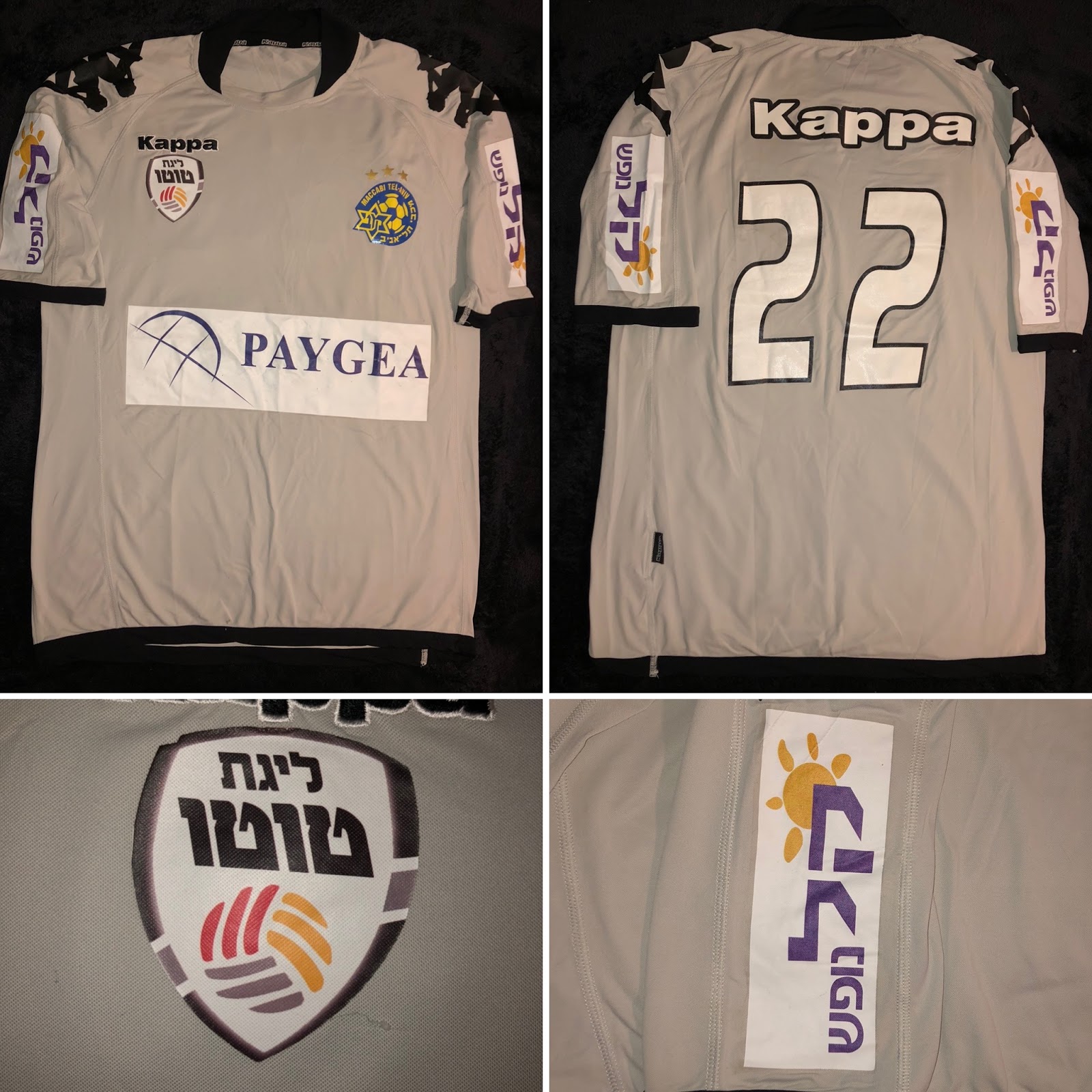