This is a very rare match issued Maccabi Haifa 2011/12 away Champions League shirt, issued to Israeli forward Hen Azriel #25 for the second leg of the Champions League playoff round away against Genk on August 23, 2011 in Genk, Belgium. Azriel was an unused substitute as Genk won 2-1, resulting in a 3-3 aggregate score and the match advancing to a penalty shootout, which Genk won, denying Maccabi Haifa their 3rd Champions League participation and sending them to the group stages of the Europa League, where they ended up finishing 3rd in their group.

23-year old Azriel joined Maccabi Haifa from Beitar Jerusalem at the beginning of the season with high hopes, however, his time with Maccabi would end up a large disappointment. He only made 17 appearances in all competitions during the season (scoring 1 league goal only) in 2011/12 before being loaned out to Beitar Jerusalem and Bnei Yehuda for the rest of his contract, then being released. 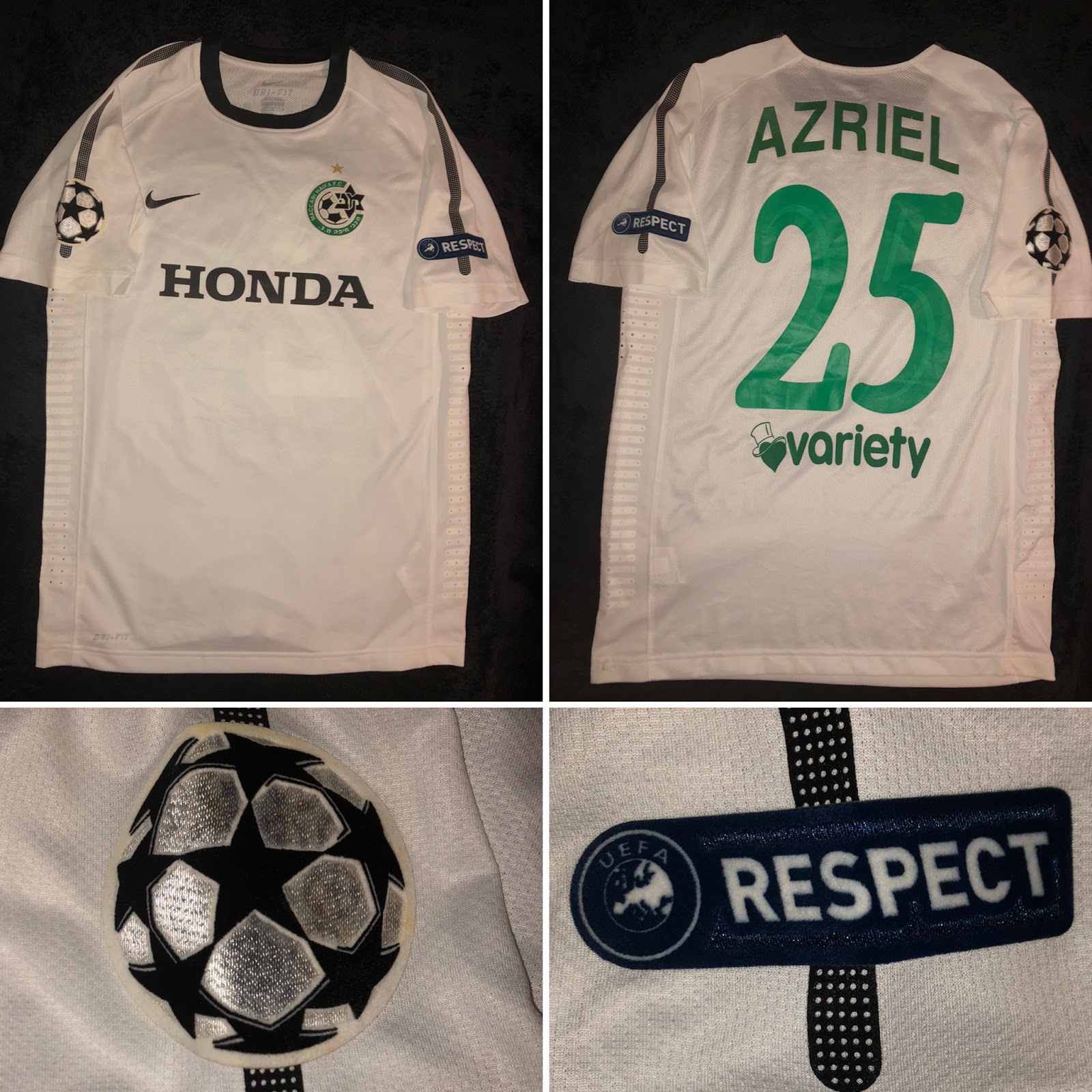