Match worn/issued Maccabi Haifa 2003/04 away shirt, issued to or worn by Eran Levy #19 during the 2003/04 Israeli Premier League season. The young 18 year-old forward, who got little playing time the previous season (mainly as a substitute), received again very little playing time this season, exclusively as a substitute. He made a total of 18 league appearances from 2002 until he left for rivals Maccabi Tel Aviv halfway through the 2004/05 season, scoring no goals. However, he scored 5 goals in 14 appearances in that time frame in the Israeli League Cup - his only senior team goals.

This white away kit was used very rarely this season, which was typical during those years. With there being only one alternate kit (compared to 2 today), this meant that the green home kit was used in nearly all matches in those years. This white away kit was used in only two league matches - vs. Maccabi Ahi Nazareth away and vs. Maccabi Tel Aviv away on the last matchday of the season. On the latter occasion, there was also a "Maccabi Health" sponsor on the upper back of the shirt; as such, this specific model was used only in the away match vs. Maccabi Ahi Nazareth, in which Levy came on as a late 88th minute substitute for Yaniv Katan, and went on to hit the post in the 93rd minute (can be seen in the video below).

The shirt features the "Visa Y Card" sponsorship on the left sleeve of the shirt - the first ever sleeve sponsor to appear on Maccabi Haifa shirts - first introduced in the previous season (2002/03). 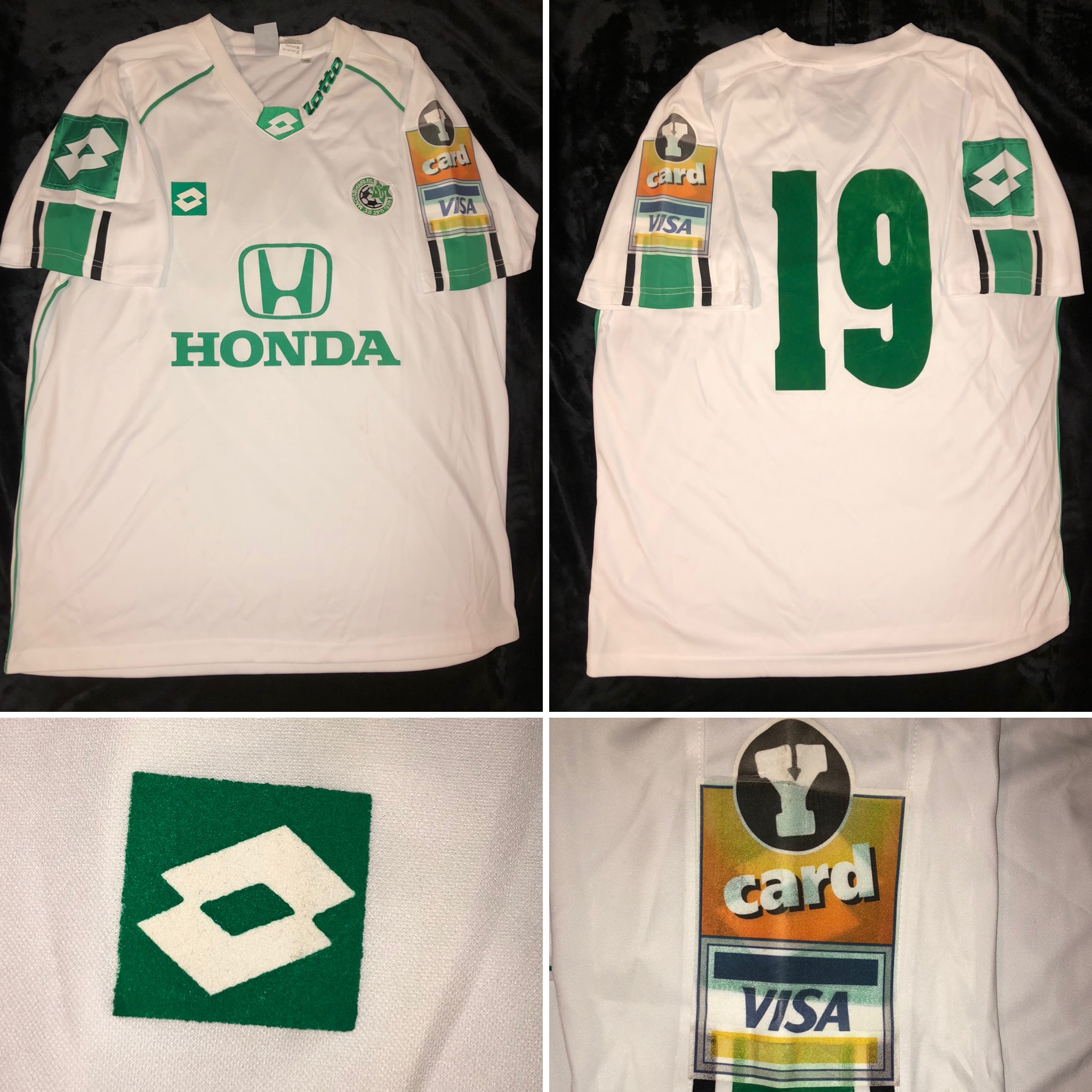