Match issued Maccabi Haifa 2002/03 away shirt, issued to a #25 during the 2002/03 Israeli Premier League season. Unfortunately, I was not able to identify which player the shirt belonged to, as no senior squad player wore this number during the season, meaning it was most likely assigned to a player from the youth team.

This white away kit was used very rarely this season, which was typical during those years. With there being only one alternate kit (compared to 2 today), this meant that the green home kit was used in nearly all matches in those years. The white kit was used in 3 matches that I was able to verify: vs. Hapoel Kfar Saba away, vs. Bnei Yehuda away, and in the State Cup 1/4 final vs. Hapoel Kfar Kanna away. In the first one, there was no patch on the sleeve used, meaning this exact shirt was used twice.

The shirt features the "Visa Y Card" sponsorship on the left sleeve of the shirt - the first ever sleeve sponsor to appear on Maccabi Haifa shirts. It was also used in the following 2003/04 season. 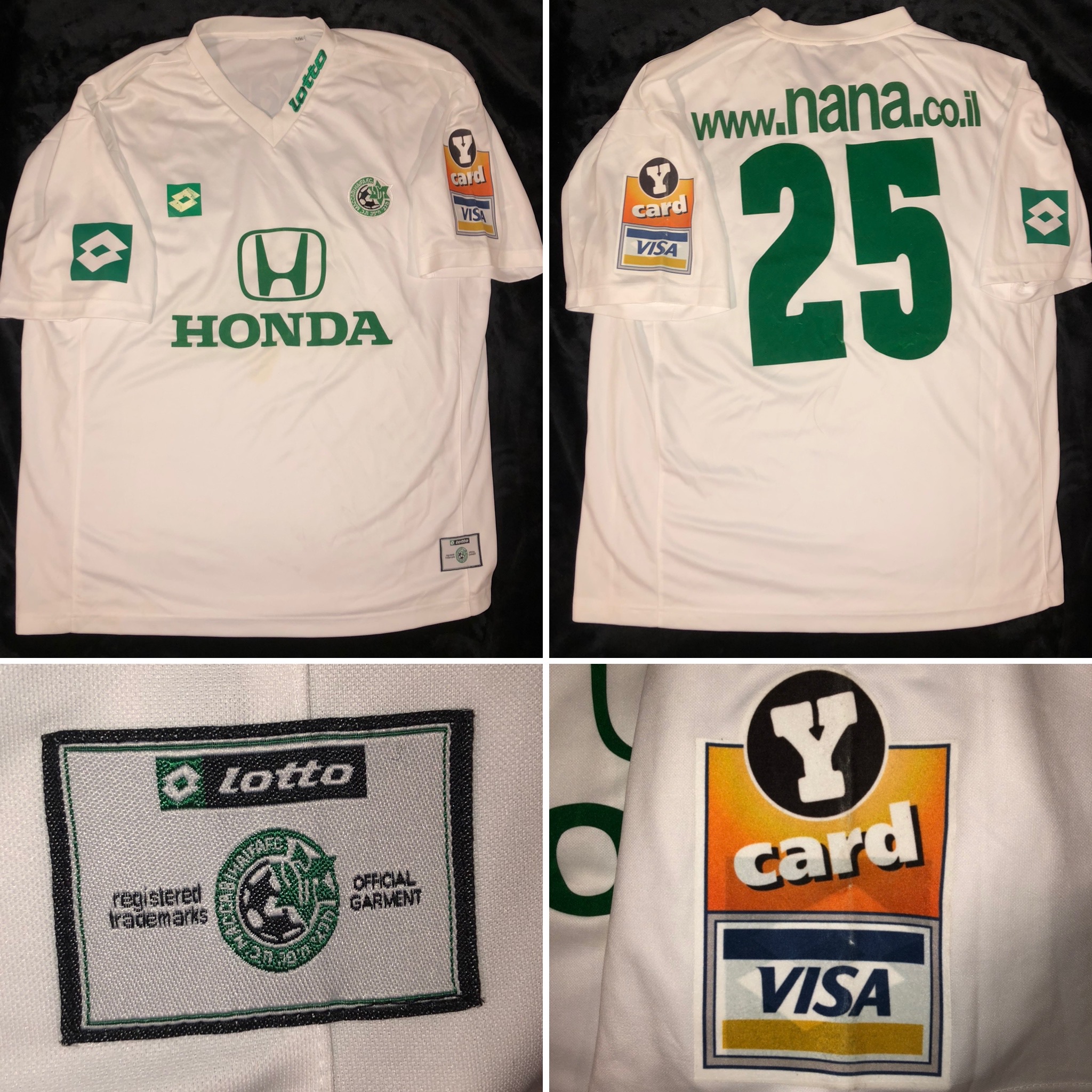