Kardash started the match and played 58 minutes before being substituted by Haim Revivo, as Maccabi lost 3-1 (and 5-2 on aggregate) and were eliminated from the competition. It was their first participation in Champions League qualification, with Israel having joined UEFA in 1992.

21-year old Kardash joined Maccabi from Karpaty Lviv at the beginning of the 1994/95 season. However, his time in Israel would end up being a big disappointment, unfortunately. Despite starting in both matches against Casino Salzburg, he would only make 8 appearances in the Israeli league, scoring 2 goals (both in one match against Hapoel Petah Tikva), and an additional 4 appearances (no goals) in the Israeli League cup, before leaving back to Ukraine in the following transfer window, after only half a season in Israel.

Interesting to note is that the #10 shirt belonged to Haim Revivo, one of the young stars of the team. But in this European match, all starting 11 players played with shirt numbers 1 to 11, with the substitutes having numbers 12 to 16. Revivo, who started the first leg together with Kardash (who wore #11 that game), was on the bench for this match. As such, the #10 shirt was given to Kardash, while Revivo was #12, later coming off the bench in place of Kardash.

Kardash's most notable moments for Maccabi came in the first leg against Casino Salzburg:
- Fouled in the penalty area to win a penalty, from which Revivo scored, as such providing an "assist"
- Missed an empty net from very close range, after rounding the GK one-on-one, with the score at 1-0

Other than that, his only other notable contribution was the 2 goals he scored against Hapoel Petah Tikva in a 3-1 win - his only 2 goals for the club (video below). Note that he wore the #16 shirt in that match, reflecting his status as a squad player in the team. 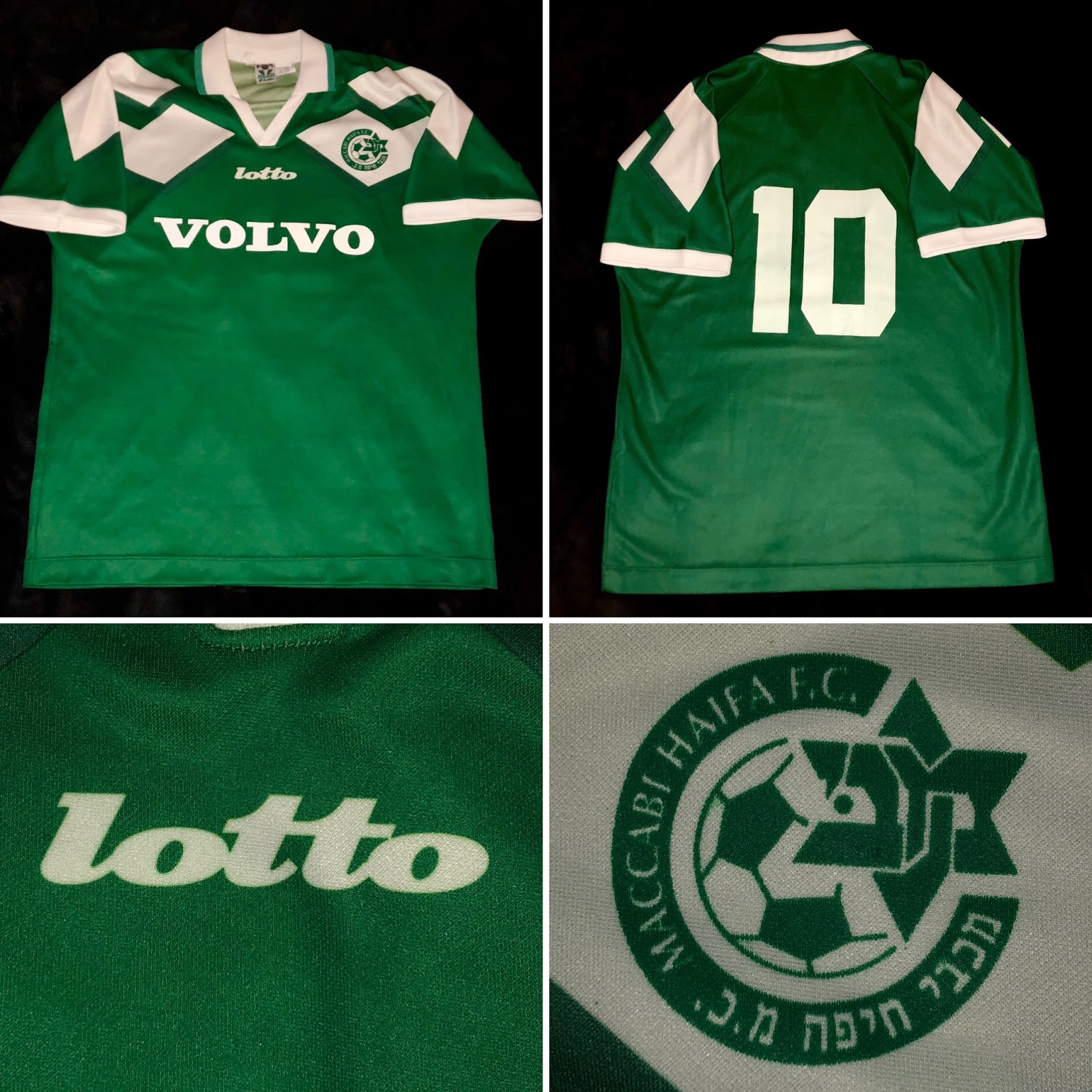 Below are highlights of the match:


Below are highlights from the Israeli league match against Hapoel Petah Tikva - Kardash's only 2 goals for Maccabi Haifa were scored in this match: