September 17, 2020
Match issued Israel 2016/17 red goalkeeper shirt, issued to Boris Kleyman #23 for the World Cup 2018 Qualification match against Italy at home on September 5, 2016 at Sammy Ofer stadium in Haifa. Kleyman was an unused substitute as Israel lost 3-1 to Italy in the opening match of the campaign.

Kleyman had made his debut for the national team just half a year earlier, in a 2-0 friendly loss against Croatia away in March 2016; to date, this remains his single cap for the national team. He served as a back-up goalkeeper for the majority of this campaign, without making an appearance, with Dudu Goresh, Ariel Harush, Ofir Marciano, and even young Omri Glazer preferred to him. 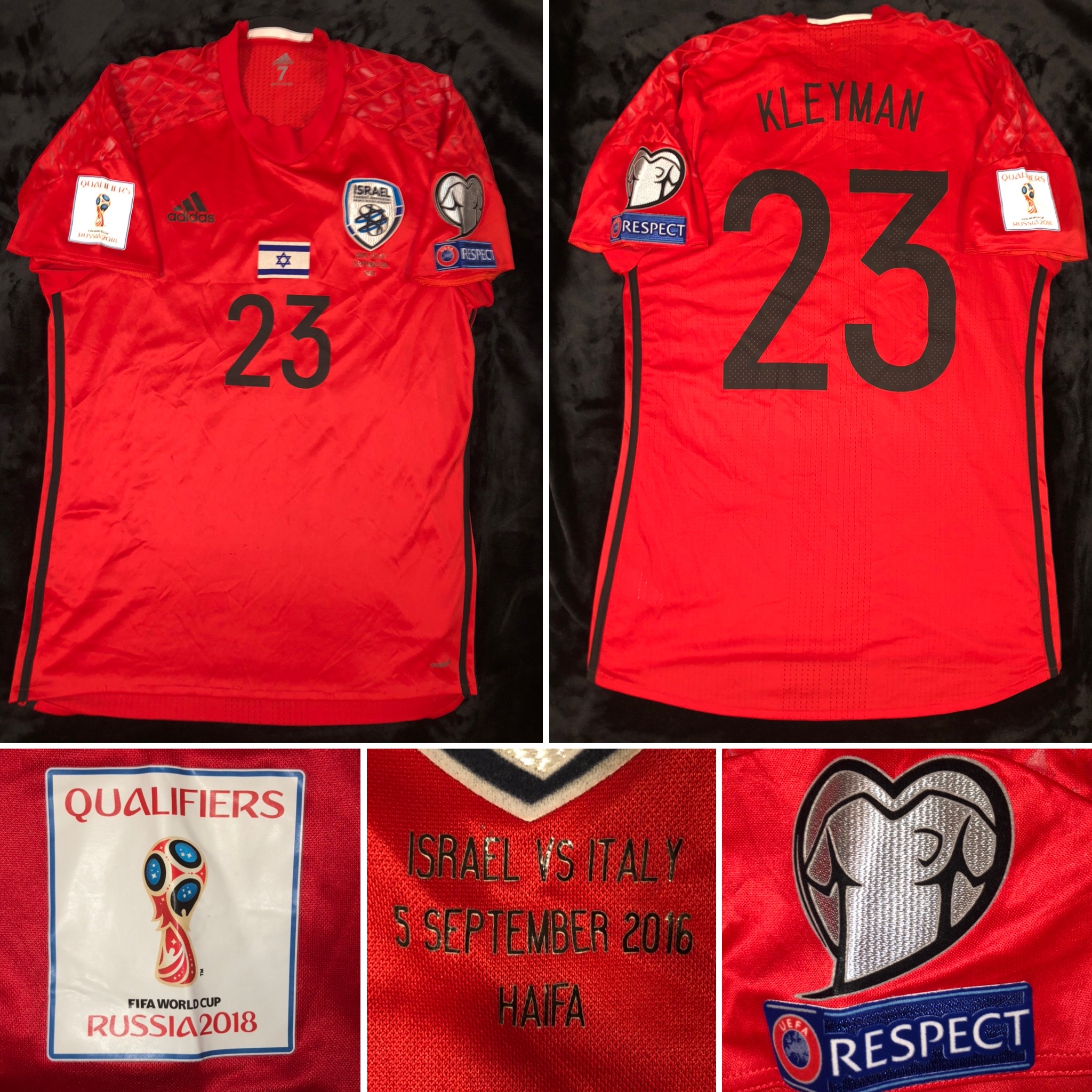