May 16, 2020
Match issued Israel U-21 2006/07 long sleeve home shirt, issued to defensive midfielder Sheran Yeini #21 for the opening match of the U-21 Euro 2007 tournament against Netherlands of June 10, 20017 at Abe Lenstra stadium in Heerenveen, the Netherlands. Yeini started and played 86 minutes as Israel lost 1-0. This was the first time that Israel has played in the prestigious youth tournament, and the only time that it had directly qualified for it, as in Euro 2013 they qualified automatically as hosts.

Israel was sorted to a very difficult group with Netherlands, Portugal, and Belgium, finished in last place after losing all 3 matches and not scoring a single goal. This was the only match that Yeini took part in, as he did not play in the other 2 matches against Belgium and Portugal.

This match was the only one played in the white kits, as in the other 2 matches the traditional blue kits were used. This long sleeved version is an unused spare, as Yeini (and the rest of the team) opted to play in short sleeved shirts. The shirt features the traditional UEFA youth tournament patches. I also have Barak Itzhaki's home shirt from this tournament. 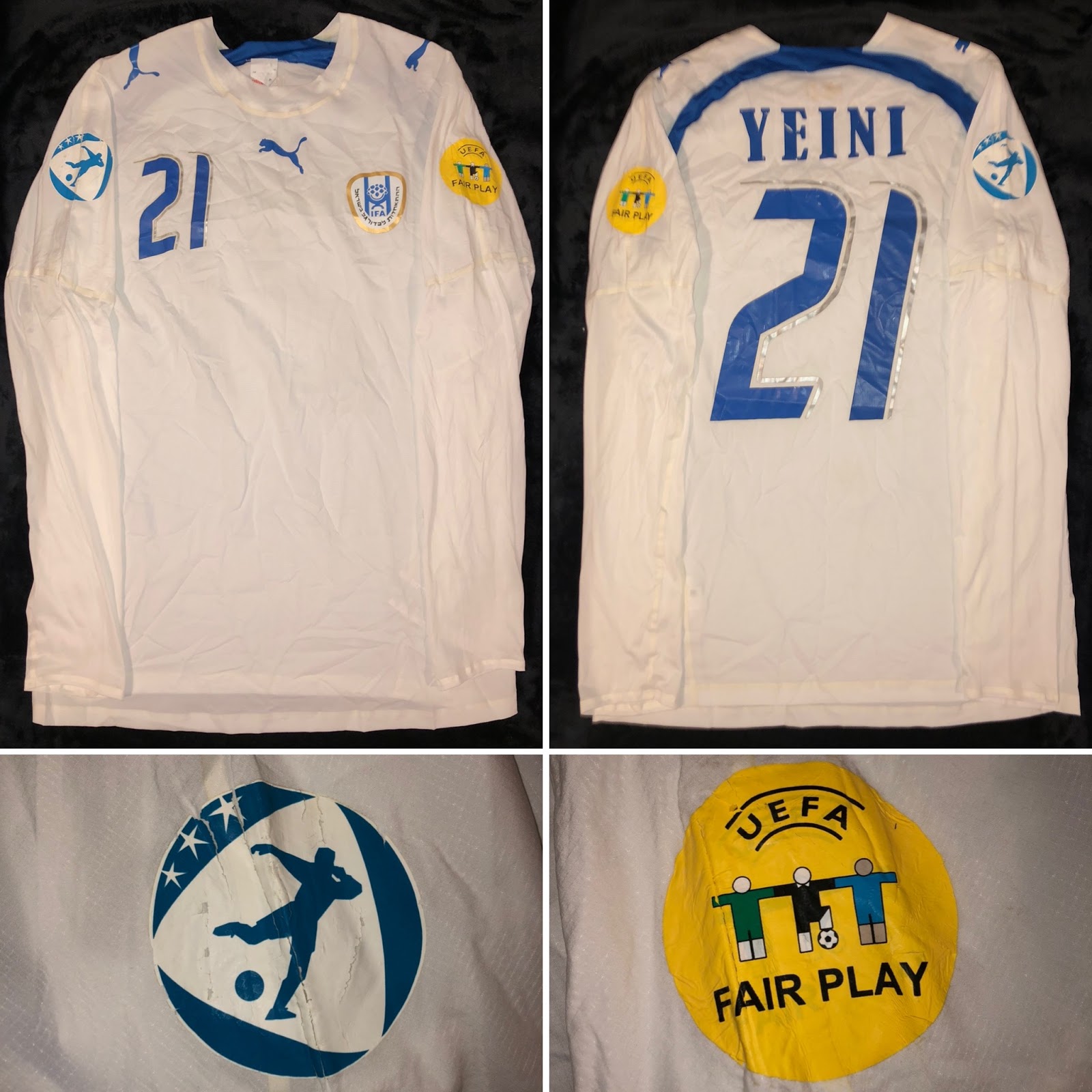