May 14, 2020
Match worn/issued Hapoel Tel Aviv 2003/04 away shirt, issued to or worn by Israeli right-back Rami Halis #21 in the UEFA Cup First Round first leg match against Gaziantepspor away on September 24, 2003 at the Gaziantep Kamil Ocak Stadium. Halis started as a defensive midfielder and played the full match as Hapoel Tel Aviv lost 1-0. In the second leg, Halis started in his natural right-back position and was substituted at half-time as the match ended in as a 0-0 draw, eliminating Hapoel.

Halis is an Hapoel Tel Aviv youth team product, and would go on to make 79 appearances and score 2 goals for the club between 2002 and 2006, before leaving the club and playing for several lower division clubs and retiring at an early age.

This white away shirt is very rare as it is the only match in which this kit was ever used, as in European matches Hapoel played with an English version sponsor (Keter) instead of the Hebrew version used in the league, and without the Office Depot sponsor on the back of the shirt used in the league. In the 3 other European matches this season, the red home kit was used. 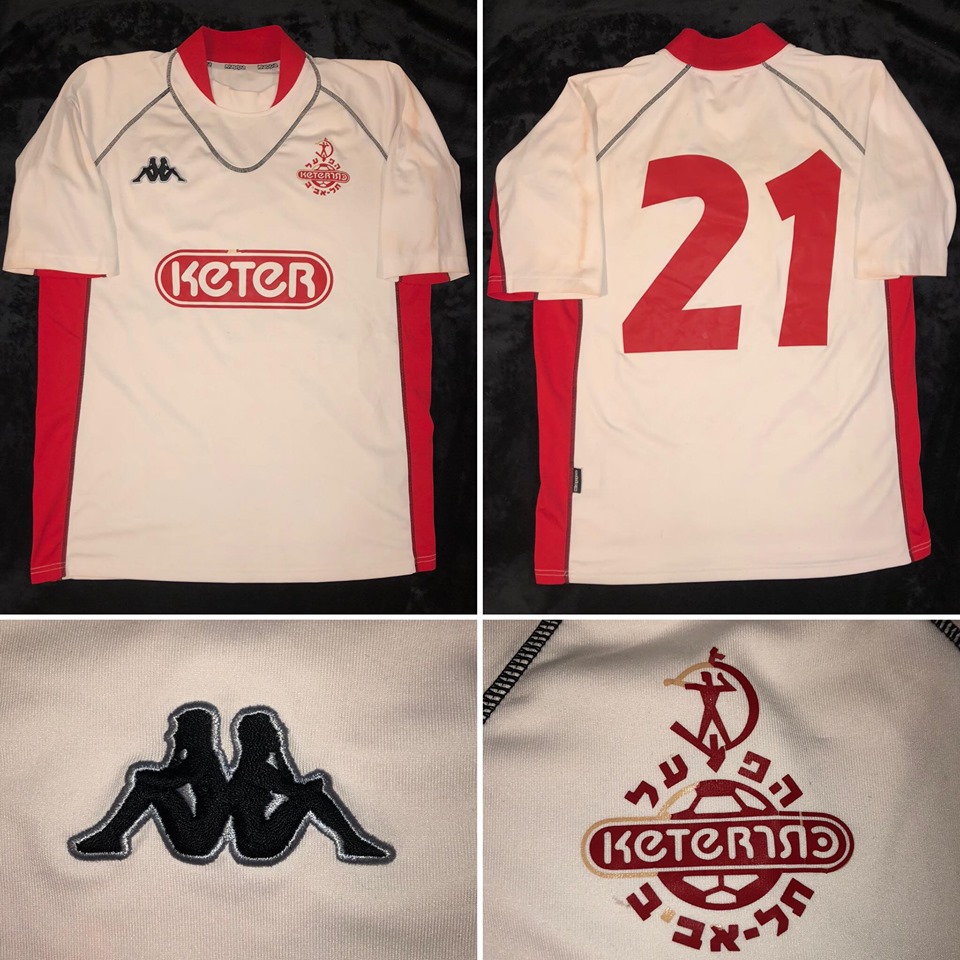 Below are highlights of the only goal of the game - the only video available from this match: