Match worn/issued Maccabi Tel Aviv 2013/14 home shirt, issued to or worn by Israeli winger Tal Ben Haim #11 in an Israeli Premier League match during the 2013/14 season. The shirt is also signed personally by Ben Haim. During this season, Ben Haim made a total of 29 league appearances, scoring 4 goals and providing 5 assists. In all competitions, he made 42 appearances, scoring 6 goals, as Maccabi Tel Aviv won the league title.

Ben Haim joined Maccabi Tel Aviv in summer of 2013 from fierce local rivals Hapoel Tel Aviv, going on to make 191 appearances in all competitions over 4 season from 2013 to 2017, scoring 50 goals and registering 26 assists. His impressive figures up front led to a move to Czech side Sparta Prague in summer 2017 for a Czech record transfer fee of 2.9 million euros.

A curious fact is that there is another player with the exact same name - Tal Ben Haim - an older center back. This made for an unusual situation as both played together for both Maccabi Tel Aviv and the Israeli national team at the same time. Adding to the confusion is that they share a similar appearance, with both being bald-headed. This conundrum was solved in two ways: the younger Ben Haim had his last name spelled as "Ben Chaim" on his shirts, and in official match protocols, UEFA and FIFA referred to them as "Tal Ben Haim I" and "Tal Ben Haim II", in order to differentiate.

What's interesting is that while the Israeli league patch on the sleeves was used for the entirety of the season by the other teams, for some reason Maccabi Tel Aviv only started using it starting from matchday 13. 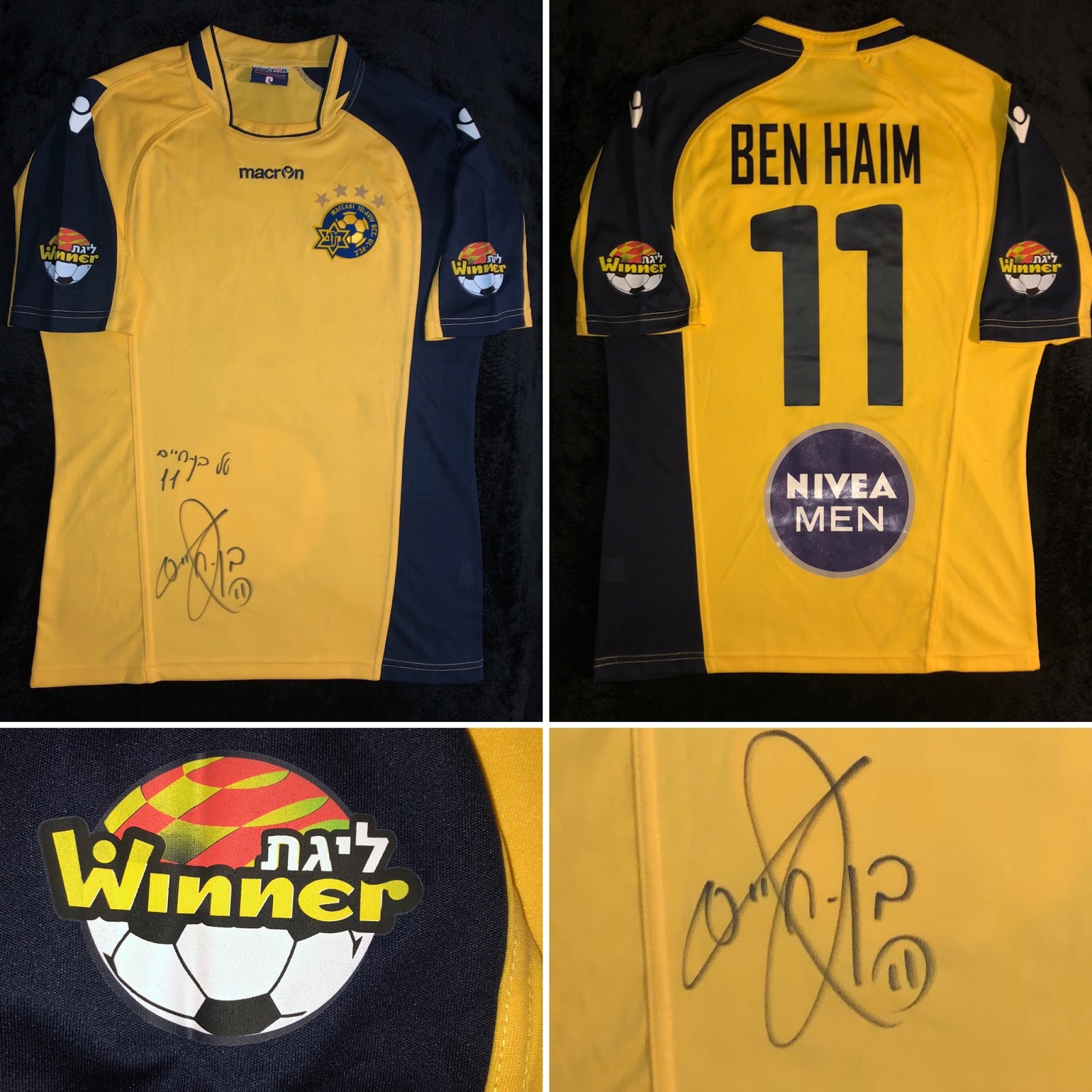