April 25, 2020
Match issued Maccabi Haifa 2004/05 away shirt, issued to Israeli right back Eitan Azaria #2 for the UEFA Cup First Round first leg match against Dnipro Dnipropetrovsk at home on September 16, 2004 at Bloomfield Stadium in Tel Aviv (UEFA did not allow matches to be played outside of the Tel Aviv area at this time). Azaria was an unused substitute as Maccabi Haifa won 1-0 thanks to a Roberto Colautti goal, though it would ultimately not be enough, as Maccabi lost the second leg 2-0.

A Maccabi Haifa youth team product, the young right back Azaria would go on to play only one full season at the club in 2003/04. In 2004/05, he was an unused substitute in the first half of the season, before leaving for local rivals Hapoel Haifa in January 2005. Unfortunately his career was cut short due to injuries, forcing him to retire at the age of 27 in 2010.

This shirt is very rare as this is the only match in which this white away kit was used in a European match, featuring the UEFA Cup patch. In an unusual fashion, this shirt was also used in the following 2005/06 season, as Puma opted for single set of shirts to be used for two consecutive seasons. 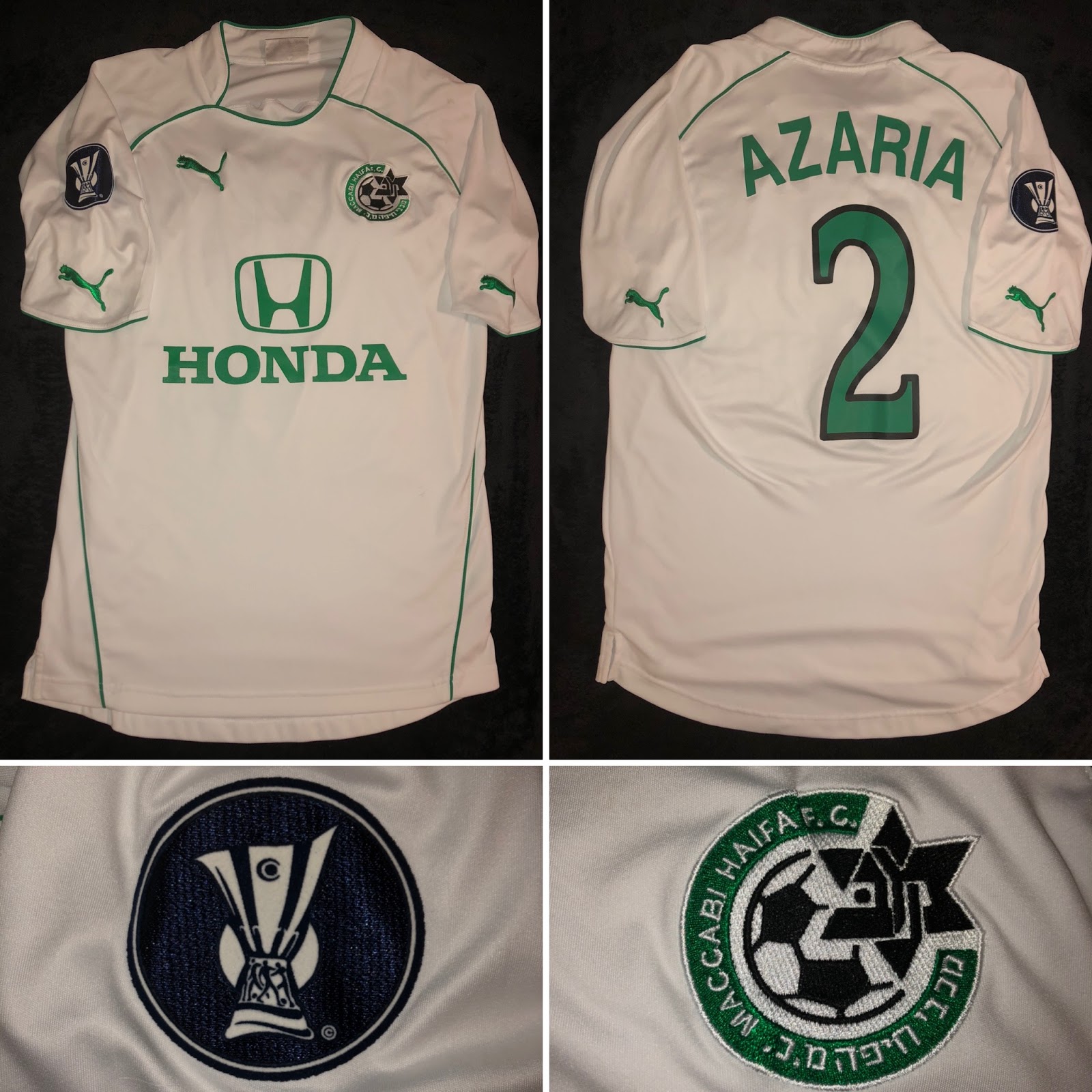