Match issued Israel 2016/17 green GK shirt, issued to Omri Glazer #23 for the World Cup 2018 Qualification match against Albania away on November 12, 2016 at Elbasan Arena in Elbasan. Glazer was an unused substitute as Israel ran out comfortable 3-0 winners, one of Israel's most impressive competitive away victories, in front of a hostile crowd.

This match was the first time that Glazer was called up to the senior national team. He would go on to make his debut for the national team almost a year later, starting in a home loss against Macedonia in the same campaign. As of the writing of this post, that was his single cap to date, and the only qualifying campaign that he participated in. 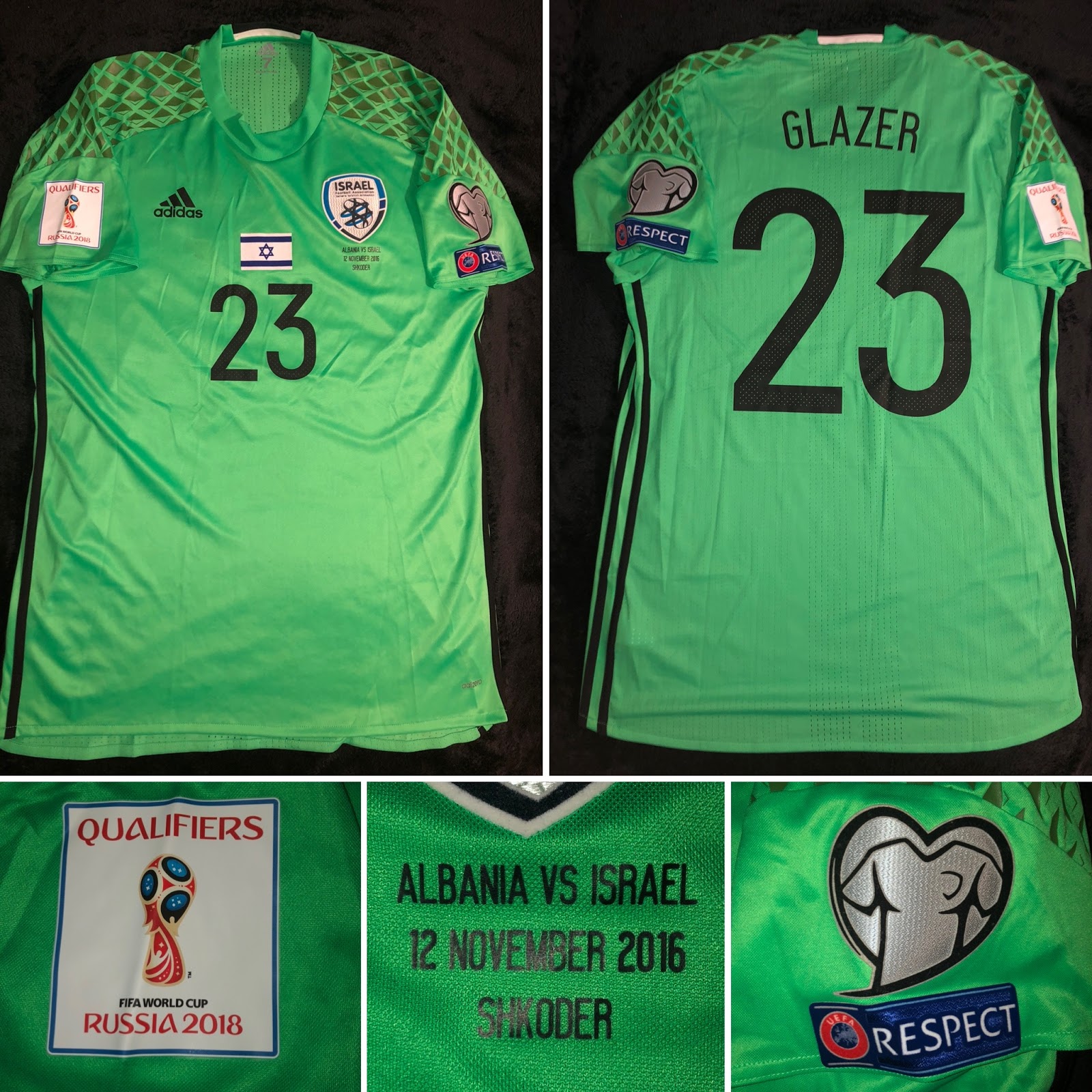