April 30, 2020
Match worn/issued Israel U-21 2006/07 home shirt, issued to or worn by forward Barak Itzhaki #9 during the U-21 Euro 2007 tournament in the Netherlands. This was the first time that Israel has played in the prestigious youth tournament, and the only time that it had directly qualified for it, as in Euro 2013 they qualified automatically as hosts.

Israel was sorted to a very difficult group with Netherlands, Portugal, and Belgium, finished in last place after losing all 3 matches and not scoring a single goal. Itzhaki started in all three matches on the left wing, but unable to make any significant impact.

The shirt is either from the match against Belgium or Portugal, as against Netherlands they played in the white kit. The shirt features the traditional UEFA youth tournament patches. 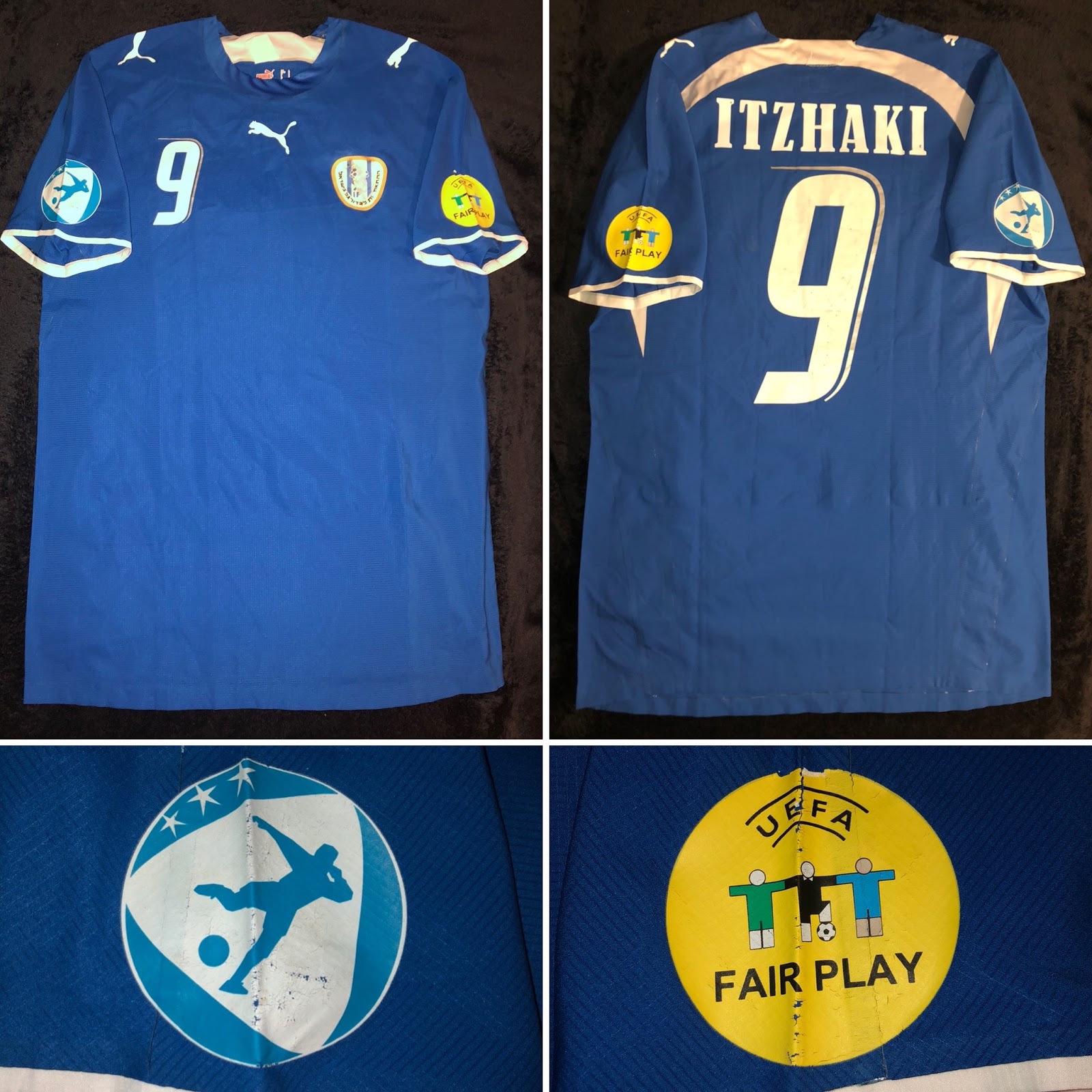