Match issued Hapoel Be'er Sheva 2016/17 away shirt, issued to Israeli forward Elyaniv Barda #10 for the Europa League group stage campaign during the 2016/17 season. This way kit was used twice, against Sparta Prague away on November 3, 2016 and against Southampton away on December 8, 2016, with Barda not playing on either occasion.

This season was the club's best ever campaign in Europe, with memorable victories over Southampton and Inter in the group stage before being eliminated by Besiktas in the Round of 32. Barda, the 34-year old veteran team captain, scored one goal in 4 qualifying round appearances (against Sheriff Tiraspol); he then did not play at all in the group stage (due to injuries and falling down the pecking order), before playing in both Round of 32 matches against Besiktas. He started and scored their only goal in the 3-1 home defeat in the first leg, and came on as a substitute in the 2-1 away defeat in the second leg. All in all, he scored 2 goals in 6 appearances in Europa League, and 9 goals in 33 appearances in all competitions in 2016/17.

Barda is considered an Hapoel Be'er Sheva legend - he was born in Be'er Sheva, came up through their youth system, and played 5 seasons for them before leaving to Maccabi Haifa. After a very impressive spell abroad with Genk in Belgium, he returned home to Hapoel Be'er Sheva in 2013 for another 5 seasons, playing a total of 10 seasons for them. His second spell was very successful, as  Be'er Sheva were crowned Israeli champions three years in a row from 2016 to 2018, while he was voted the league's best player in the 2015/16 season as he finished the joint-second top scorer. This 2016/17 season was his last meaningful one, as in his last season in 2017/18 he only made 9 appearances, scoring no goals, before retiring from football at the age of 36.

I also have his home shirt from this same campaign as well as a match worn Barda Europa League shirt from his spell with Genk in 2012/13. 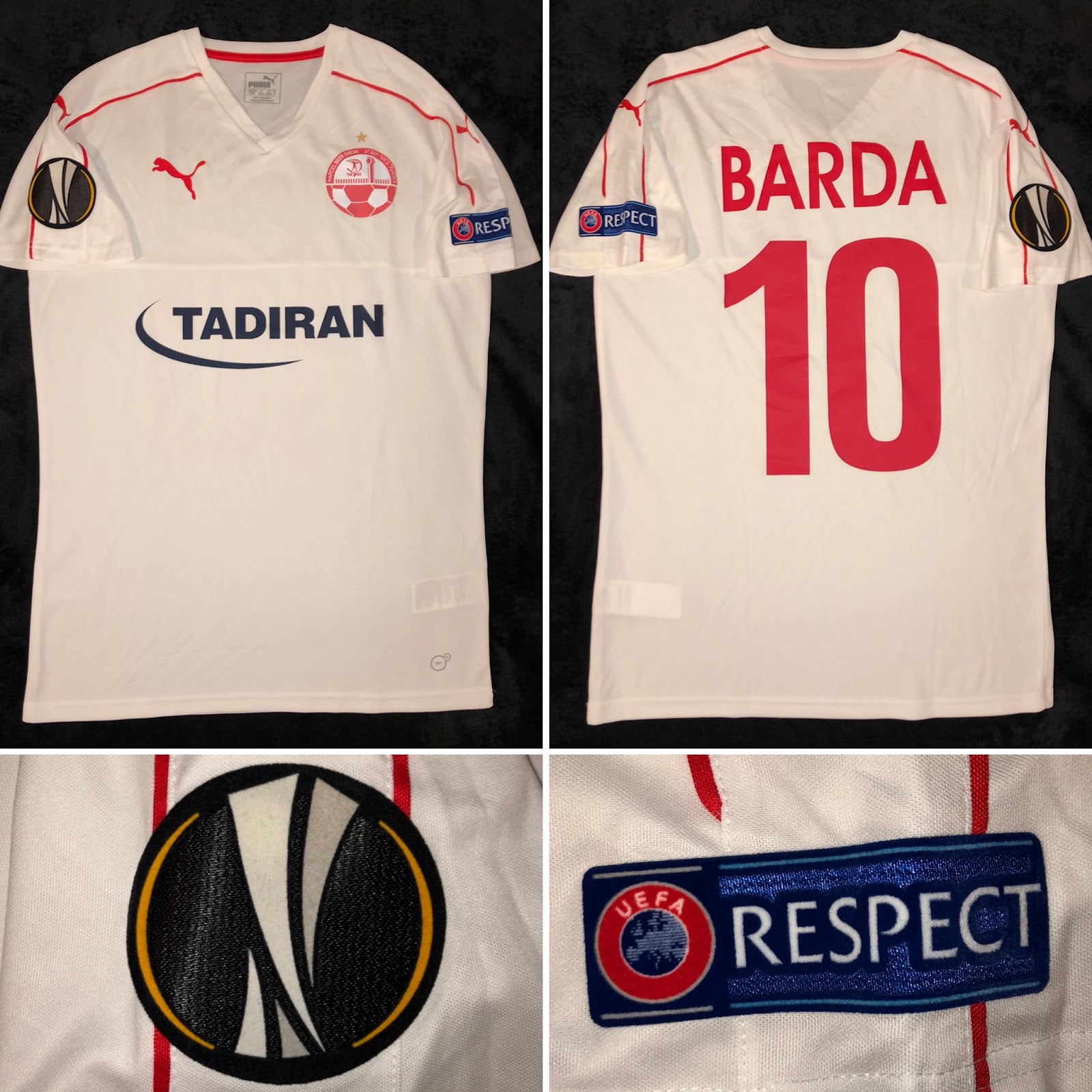