February 23, 2020
Match worn/issued Maccabi Haifa 2006/07 long sleeve home shirt, issued to or worn by Brazilian defensive midfielder Dirceu Xavier #15 in one of the UEFA Cup Round of 32 matches against CSKA Moscow in February 2007. However, I don't know whether the shirt is from the home or away match, as Maccabi played in the green home kit in both, and Xavier wore the long sleeve version in both.

This season marked one of Maccabi's most impressive European campaigns, starting from the Champions League qualification (losing to eventual finalists Liverpool), making it out of their UEFA Cup group and eliminating CSKA Moscow in the Round of 32, before being eliminated by Espanyol in the Round of 16.

Xavier played in 7 of Maccabi's total 9 matches in the UEFA Cup this season - including both Round of 32 matches against CSKA Moscow - playing the full 90 minutes on all occasions, and scoring one goal in the First Round second leg match against Litex Lovech away in Bulgaria. In his three seasons with Maccabi from 2004 to 2007, he made a total of 135 appearances in all competitions, scoring 6 goals and winning two league championships, before leaving to Maccabi Petach Tikva.

An interesting fact is that in the Champions League qualification matches against Liverpool which proceeded the UEFA Cup run, Xavier played with his first name printed on the shirt as "Dirceo", as you can see here. 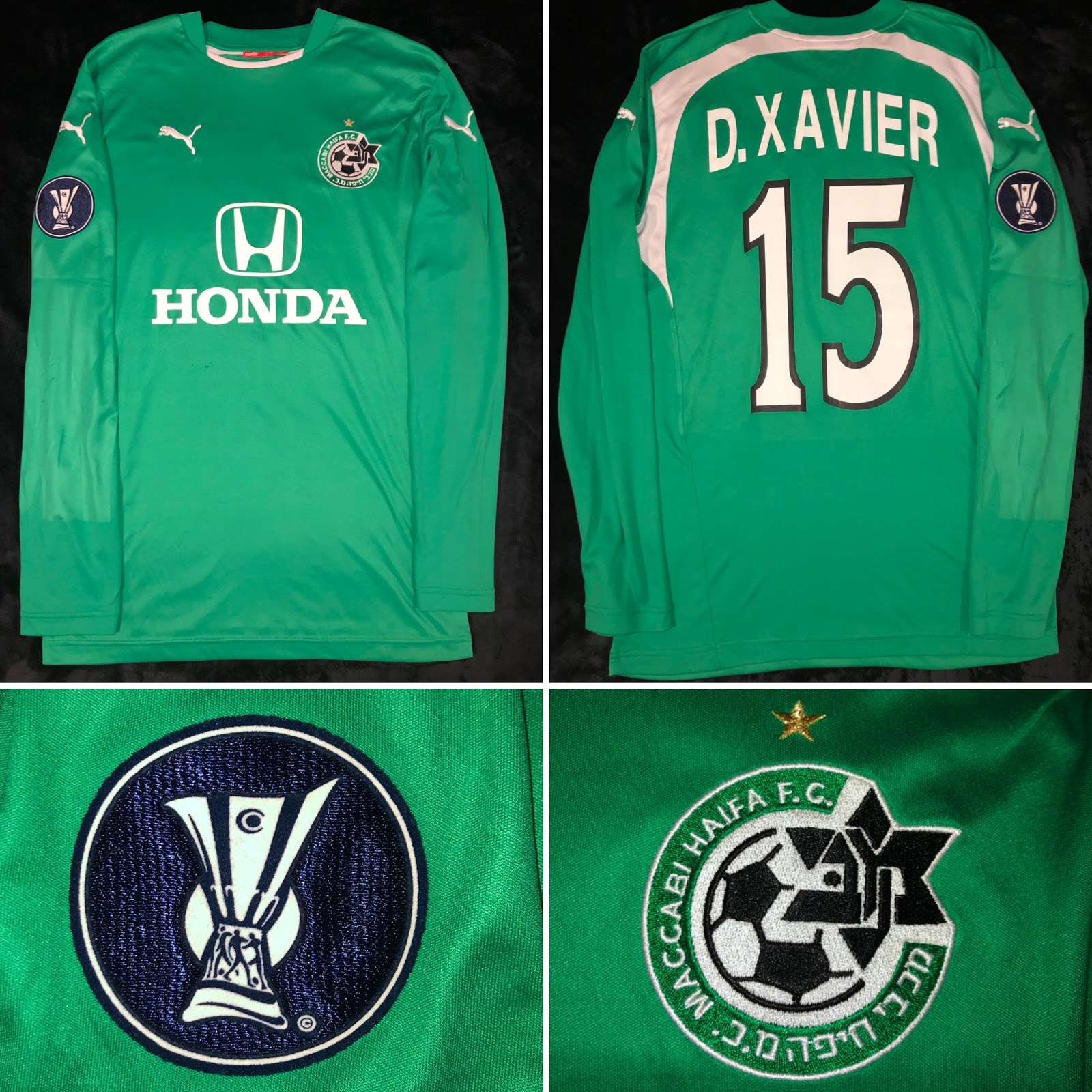