Match worn/issued Maccabi Tel Aviv 2017/18 home shirt, issued to or worn by Israeli forward Barak Itzhaki #10 in the Europa League group stage match against Villarreal at "home" on September 28, 2017 at Netanya Stadium. Itzhaki came on as a late substitute in the 87th minute as the match ended in a 0-0 draw. Maccabi Tel Aviv played their home matches in Netanya this season as their home stadium, Bloomfield Stadium in Tel Aviv, was undergoing renovation.

The 3 minutes played in this match represent Itzhaki's only appearance in the Europa League group stage this season. Itzhaki played for Maccabi Tel Aviv from 2010 to 2018, however, his time at the club was largely affected by multiple serious injuries. It was the last club of his career, as the 33-year old retired at the end of this season. He made a total of 25 appearances in all competitions this season, mostly as a substitute, scoring 6 goals and providing 2 assists. 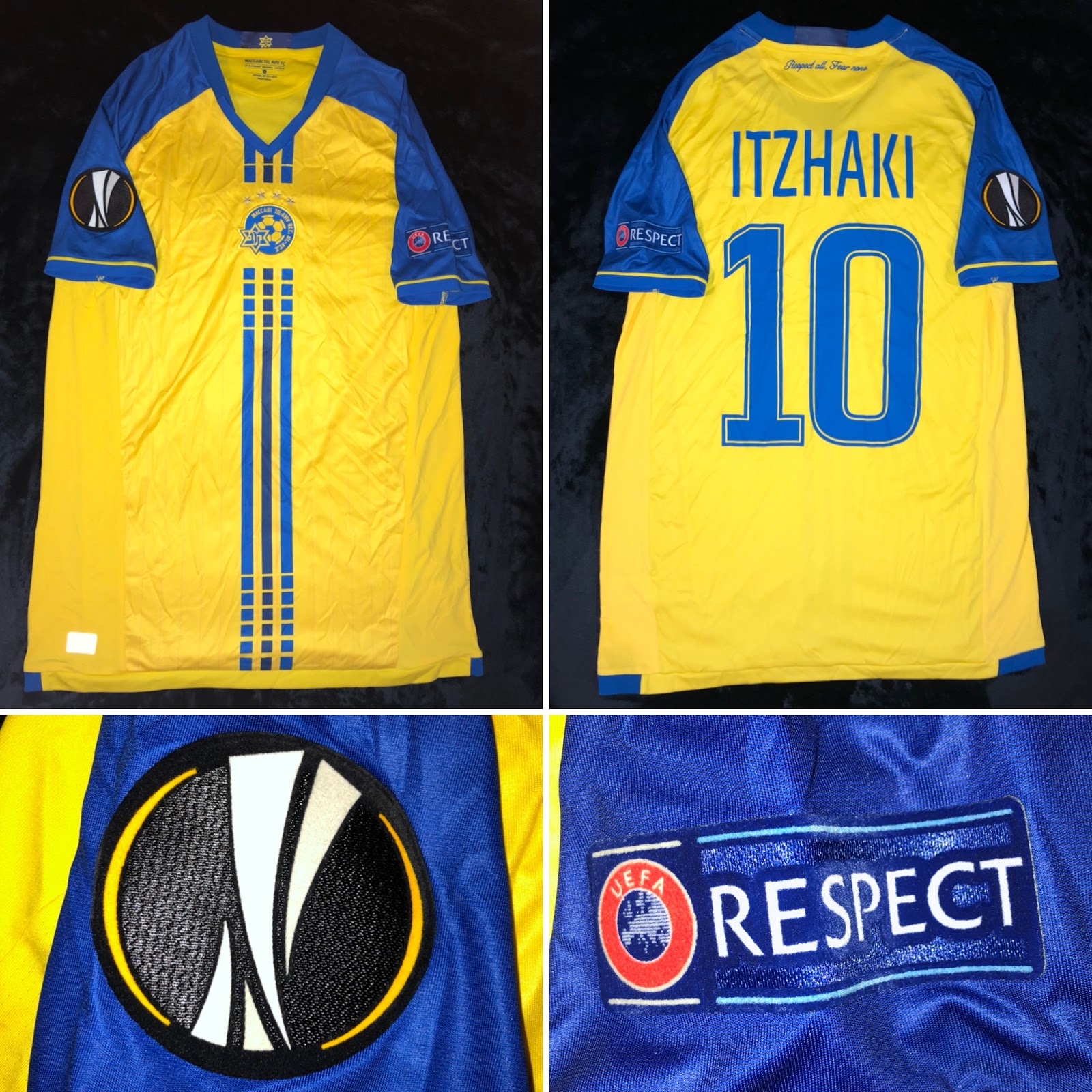