Match worn Maccabi Tel Aviv 2017/18 goalkeeper shirt, worn by Serbian goalkeeper Predrag Rajkovic #95 in the Europa League group stage. This shirt was worn against either Slavia Prague away on September 14, 2017 (1-0 loss) or against Villarreal away on December 7, 2017 (1-0 win), as this light blue GK shirt was only used in these two matches. The shirt still has some minor marks from the match remaining.

This light blue shirt is one of three GK kits used in this season, with the others being a dark grey shirt and a purple shirt. Maccabi Tel Aviv played all their home matches at Netanya Stadium this season as their home ground, Bloomfield Stadium, was undergoing renovation. 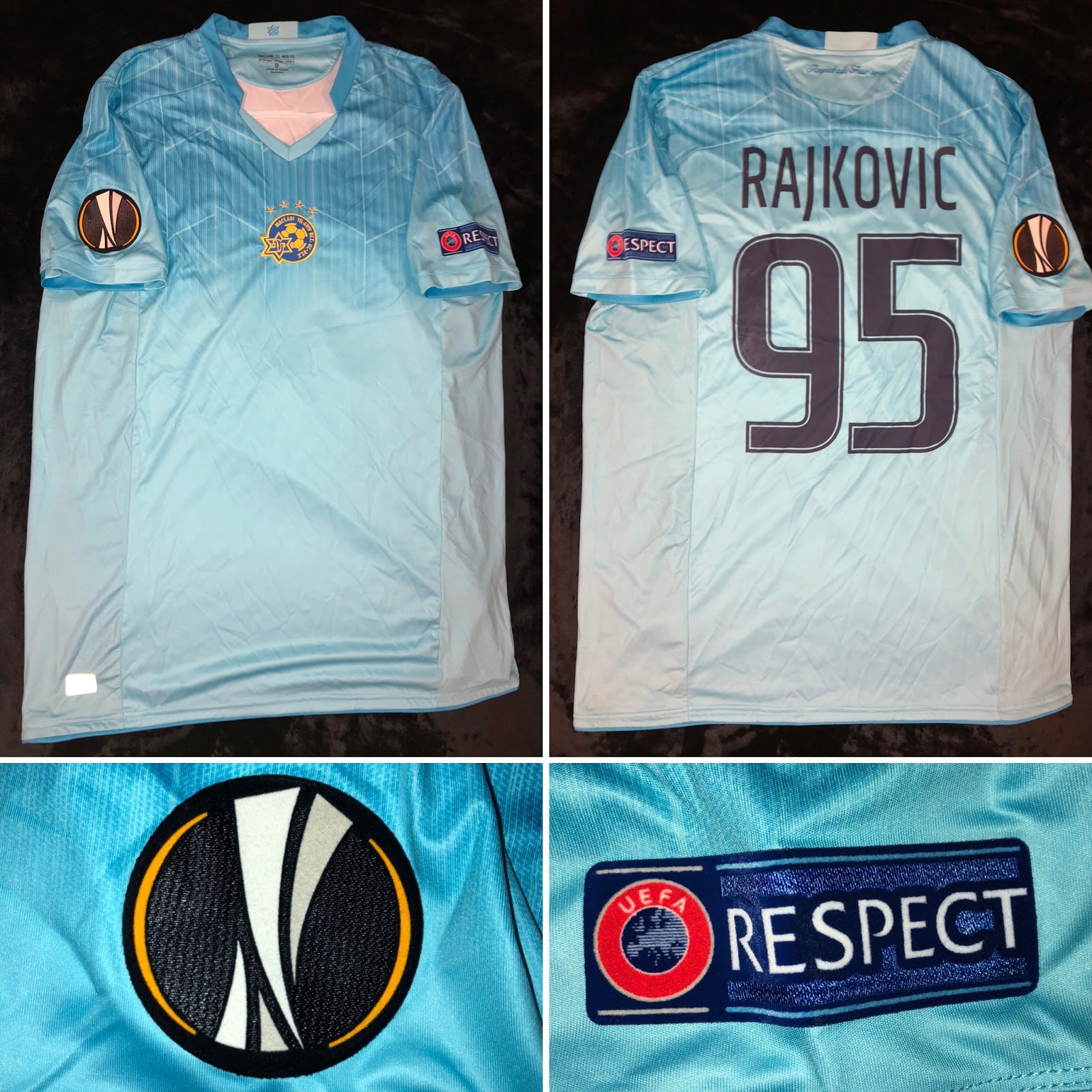