Match issued Israel 2019 third shirt, issued to forward Eylon Almog #9 for the Euro 2020 qualification match against Poland away on June 10, 2019 at the National Stadium in Warsaw. Almog was an unused substitute as Israel were comprehensively defeated 4-0 by Poland.

This was 20-year old Almog's first ever call up for the national team, which resulted from a chain of events. Initially, it was Alon Turgeman who was called up for the two matches in June (against Latvia away and Poland away) and given the #9 shirt, but he had withdraw from the squad due to an injury. Shon Weissman was then called up in his place and given then #9 shirt, but shortly after he too picked up an injury and had to pull out. As a last-second replacement, Almog, who was at the time with the Israeli U21 team in Ukraine, was bumped up to the senior team and given the #9 shirt. He did not play in either match, and as of the writing of this post, remains uncapped for the senior team.

This is a very special and unique shirt, as it was specially made for this match against Poland. The reason for this is because Israel`s home kit is white while the away kit is a very light blue, meaning both of them clash with Poland`s white home kit. As a result, Puma designed this shirt for this match, which notably has a different design and feel from the home and away kits, not just a different color.

This third kit would then later be used one more time, in the qualifier against Slovenia away three months later. 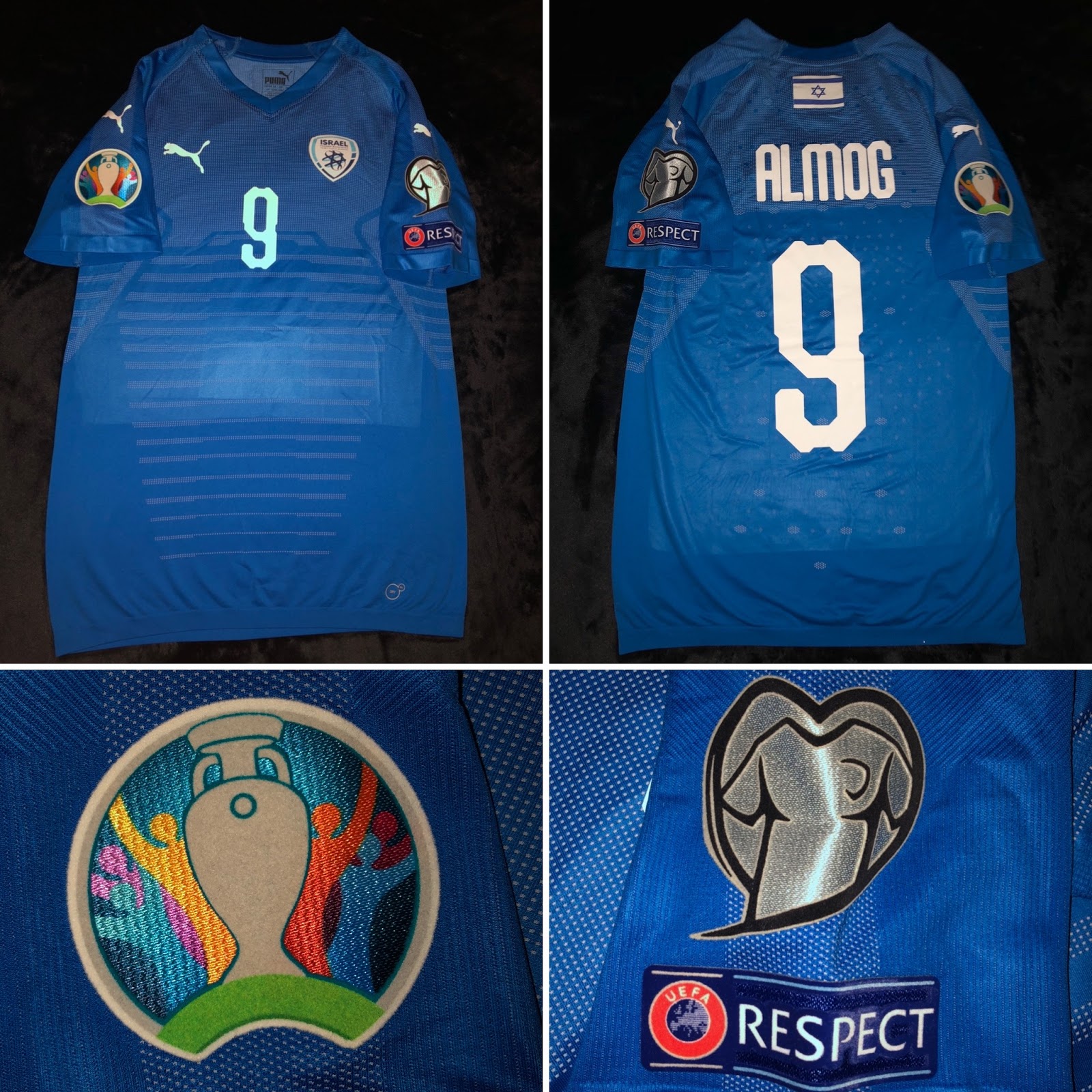