Match worn/issued Israel 2018/19 home shirt, issued to/worn by midfielder Dor Micha #15 for one of the UEFA Nations League matches in late 2018, the inaugural Nations League season. This light blue kit was used in the first 3 of the 4 matches (Israel was placed in the only 3-team group) played in the campaign. The first was an away match in Albania (lost 1-0), followed by two home matches - against Scotland in Haifa (won 2-1) and Albania in Be'er Sheva (won 2-0). Micha came on as a substitute in the 79th minute against Albania away - his competitive debut for the national team - and was an unused substitute in the following two home matches.

As well as being the first ever shirt worn by Israel in the new Nations League tournament, this the first Puma shirt design after Israel once again signed a kit sponsorship deal with Puma in mid-2018 - they were previously with Adidas from 2008 to 2018, having previously had Puma as the kit provider from 1996 to 2008. 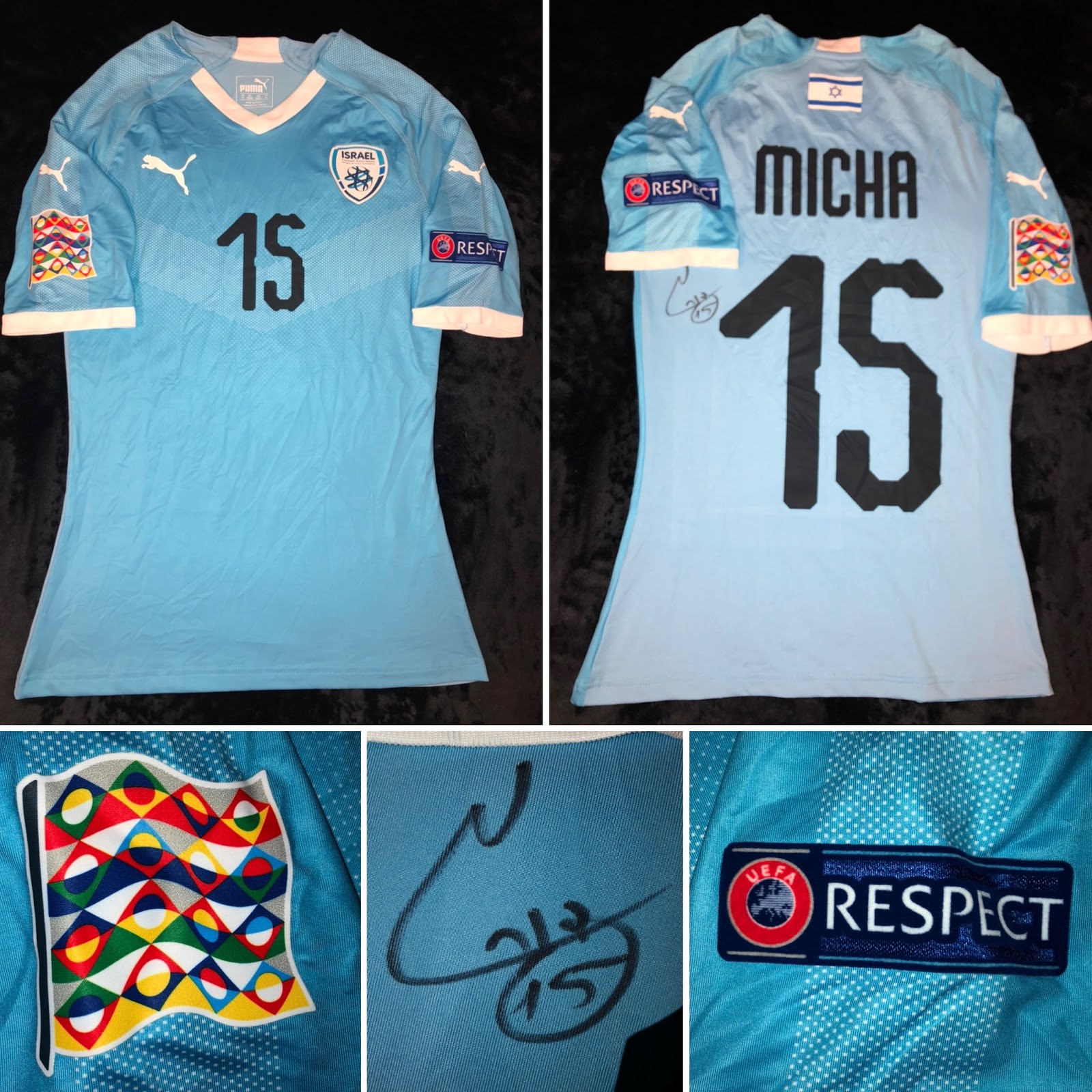