January 20, 2020
Match worn and signed Israel 2016/17 away shirt, worn by left back Omri Ben Harush #20 in the World Cup 2018 qualifying match against Lichtenstein at home on October 9, 2016 at Teddy Stadium in Jerusalem. Ben Harush started and played the full match as Israel won 2-1 thanks to two Tomer Hemed goals.

This match was Ben Harush's only appearance in this qualifying campaign, with Ofir Davidzada being the preferred left back. In total, as of the writing of this post, Ben Harush has a total of 27 appearances for the national team since his debut in 2011.

This is the first of the two white away models worn by Israel during this qualification campaign, being used in the first half of the campaign against Macedonia away, Albania away, Spain away, and this match. For some reason, the shirt was then changed to an alternative white version (see here and here) with the trademark 3 stripes running down the sides of the shirt instead of along the shoulders. 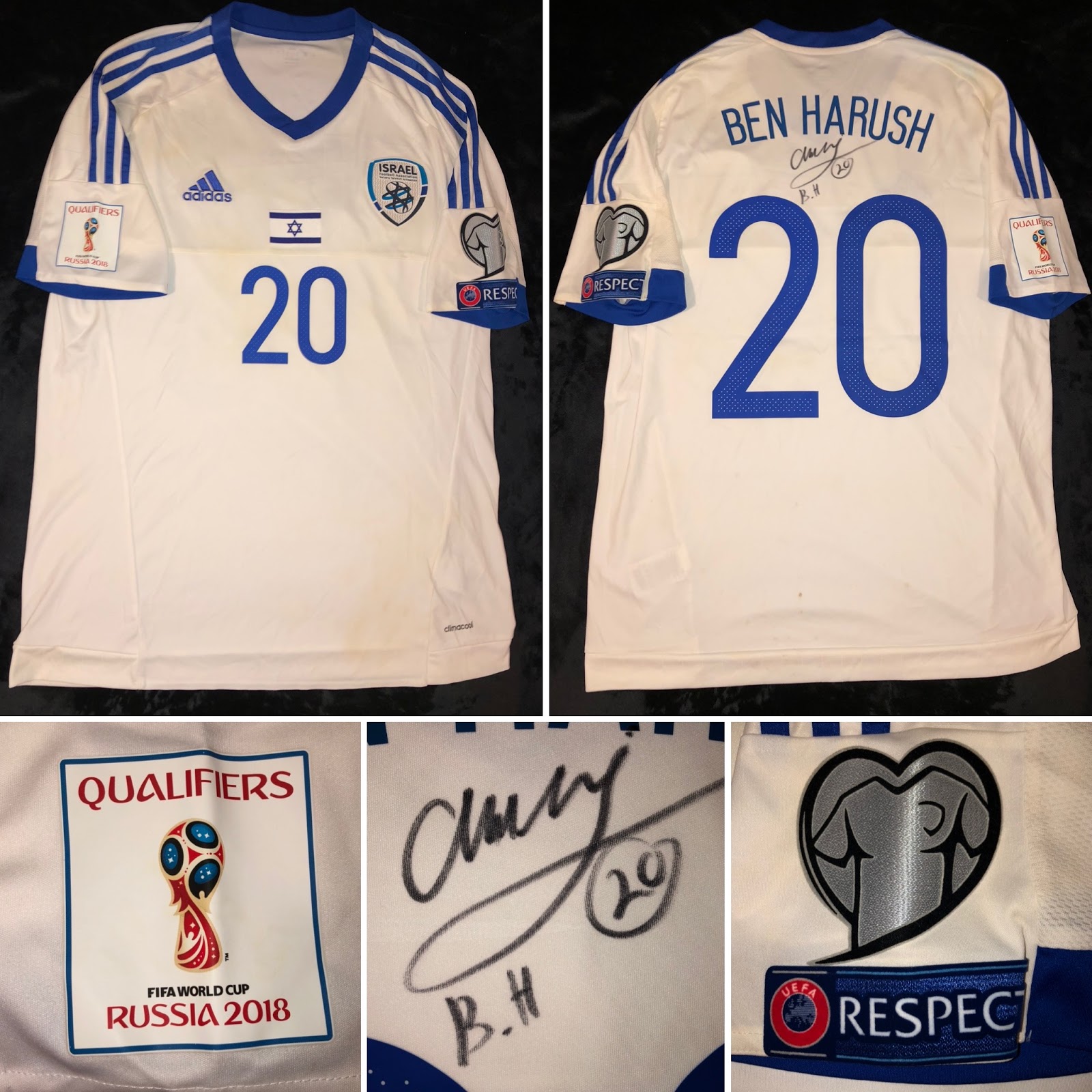