Match issued Israel 2014/16 home shirt, issued to left back Ofir Davidzada #13 for the Euro 2016 qualification match at home against Cyprus at Teddy Stadium in Jerusalem on October 10, 2015. Davidzada was an unused substitute as Israel unexpectedly lost the match 2-1 - its worst result of the campaign - ending all hopes of qualification for Euro 2016.

Davidzada was a second-choice left back during this campaign, and only made a single substitute appearance in the 3-0 home win against Bosnia, Israel's most impressive result in the campaign. In total, Davidzada made 13 appearances for the national team between 2013 and 2017, providing 2 assists.

This shirt is very rare as despite it being the traditional blue home kit, it was only used once during the campaign, in this match against Cyprus, with the white kit being preferred for some reason and used in 9 of the 10 qualification games. 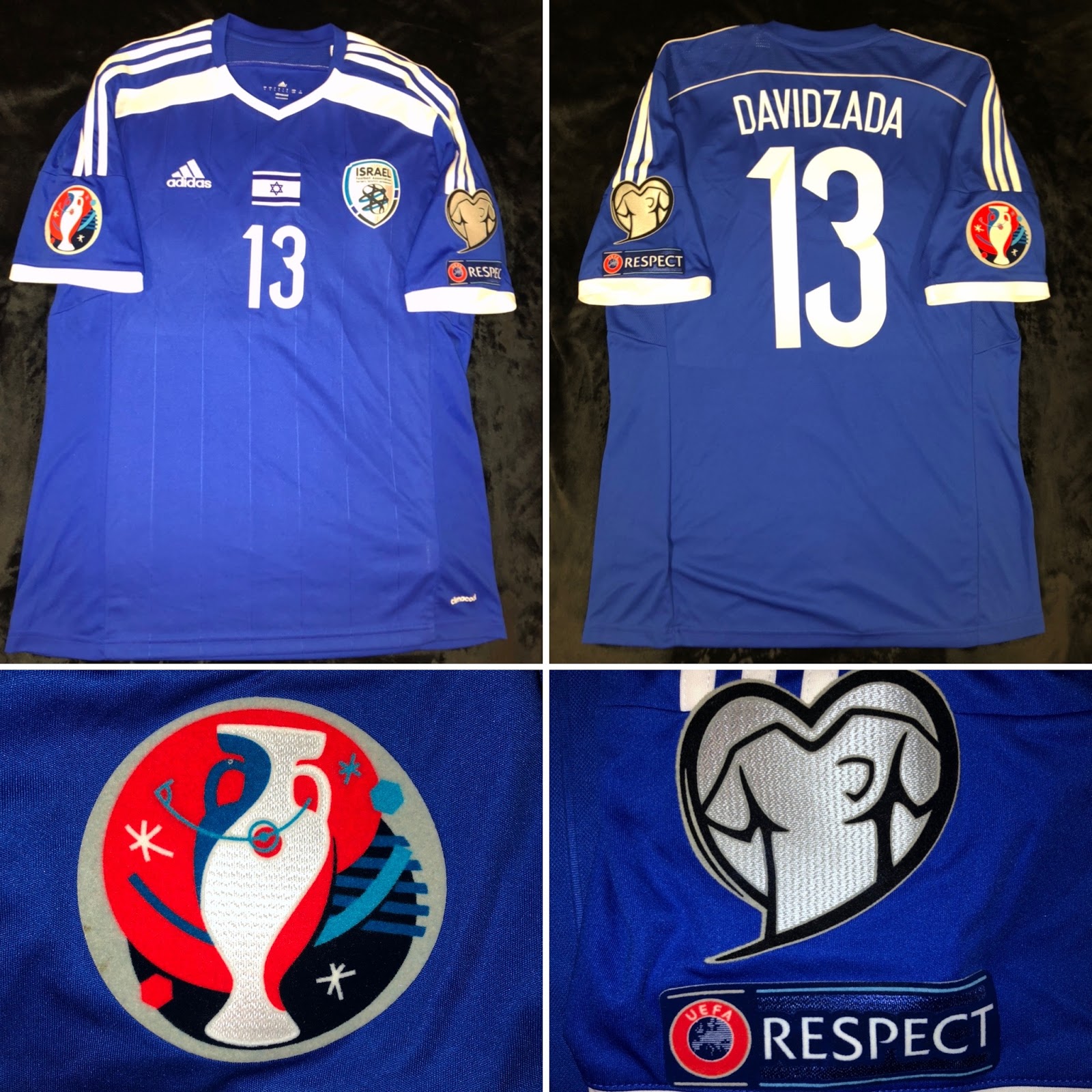