Match worn Israel 2010/12 home shirt, worn by forward Elyaniv Barda #10 in the Euro 2012 qualifying match against Georgia at home on March 29, 2011at Bloomfield Stadium in Tel Aviv. Barda started the match and played 71 minutes before being substituted, as Israel narrowly won the game 1-0 thanks to a goal by Tal Ben Chaim (the winger) on his debut, just six minutes after coming on. Israel would end up finishing in a respectable third place in the qualifying group, behind Greece and Croatia.

Barda made only four appearances during this qualification campaign, scoring one goal - in the 2-1 win against Latvia at home just three days earlier. That was his final goal for the national team. He scored a total of 12 goals for the Israeli national team in 38 appearances between 2007 and 2016. 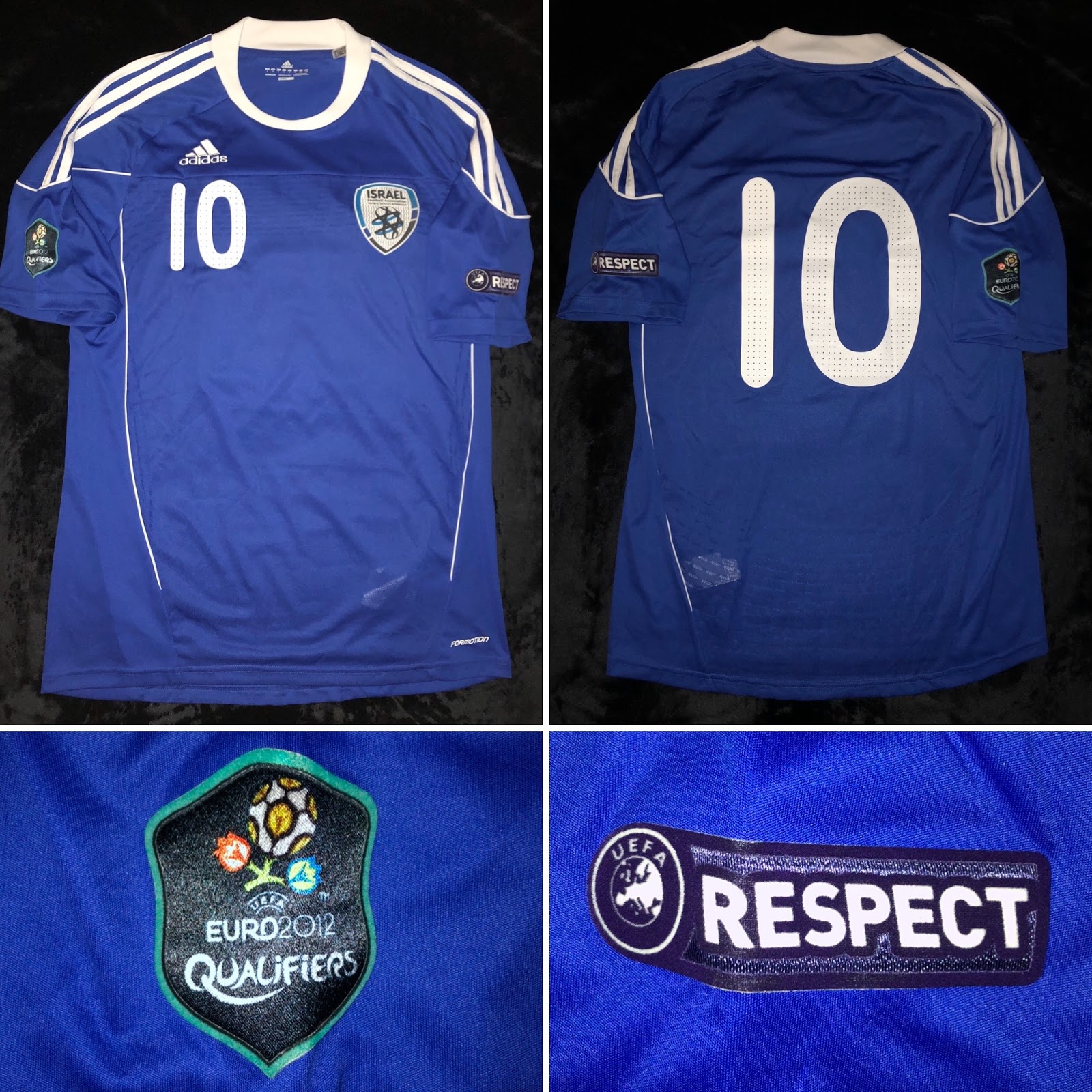