Match worn Beitar Jerusalem 2016/17 home shirt, worn by Israeli winger Ya'akov Brihon #30 in the Europa League 2nd Qualifying Round first leg home match against Omonia Nicosia on July 14, 2016 at Teddy Stadium, Jerusalem. Brihon started the match and was substituted after 64 minutes as Beitar went on to win 1-0. Beitar made it all the way to the Playoff round this season before being eliminated by French side St. Etienne - the furthest they ever made it in European competition. This was the only match in Europe this season in which Brihon started.

Brihon signed for Beitar in the beginning of the season from Hapoel Rishon LeZion. He would go on to make 26 appearances for Beitar in all competitions in 2016/17, scoring 2 goals in the Israeli League. He was a rotation player in all three of his seasons at Beitar, never cementing a starting place, before leaving for M.S. Ashdod in summer 2019. 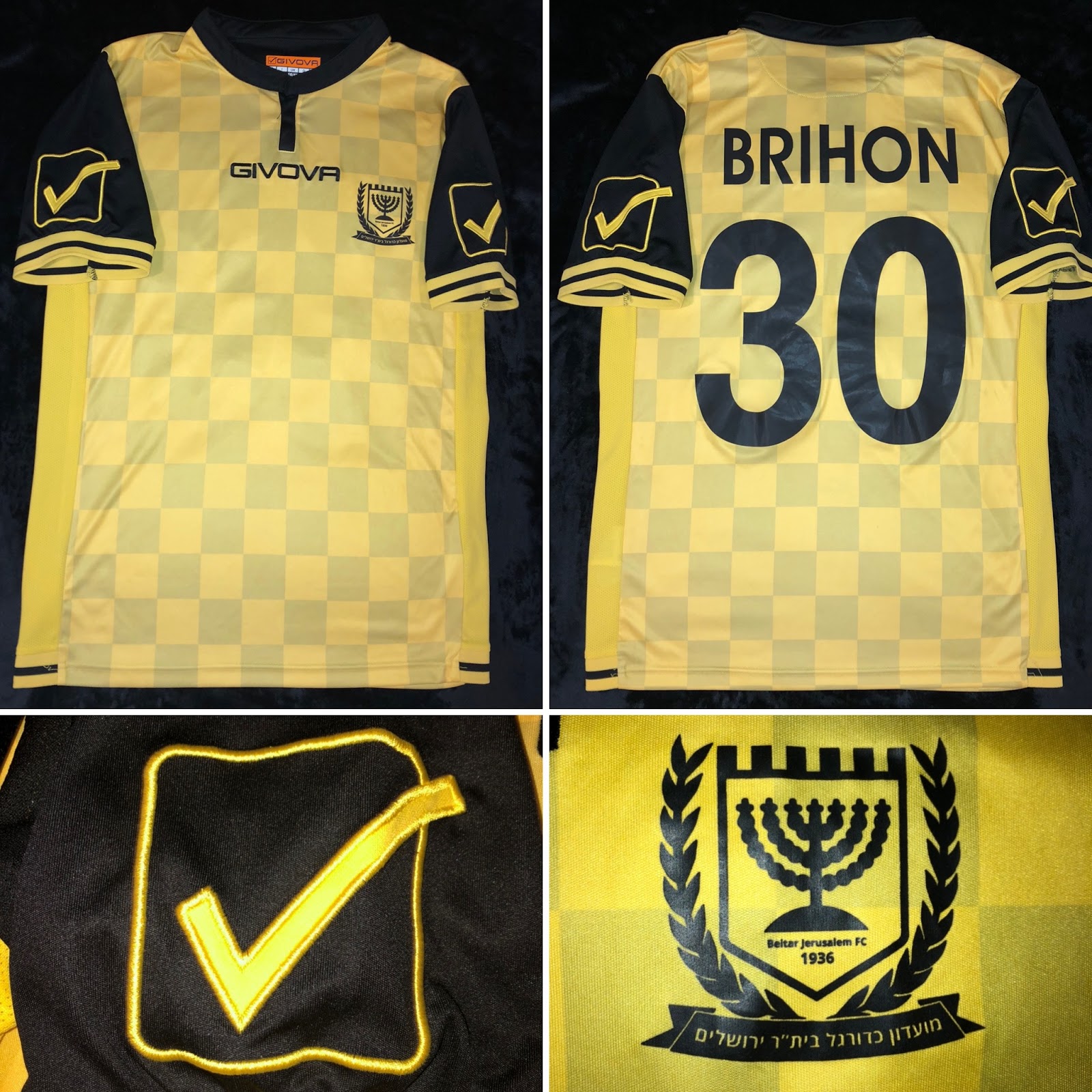