Match issued Maccabi Haifa 2009/10 home shirt, issued to Jewish-Argentinian forward Eial Strahman #12 for the Champions League group stage match against Juventus away on October 21, 2009 at the Stadio Olimpico Grande Torino in Turin. Strahman was an unused substitute as Juventus ran out 1-0 winners.

The young 20-year old joined Maccabi Haifa on a free transfer from River Plate in August 2009 to reinforce the squad, days after the team historically qualified to the Champions League group stage for the 2nd time in its history. However, he failed to make any impact, making just 2 appearances in the Israeli League Cup before leaving in the January transfer window. In the Champions League group stage, he only made the substitutes bench twice without making an appearance.

The shirt is extremely rare as it is the long sleeve version - my second one from this campaign, after my Arbaitman match worn shirt against Bayern away. 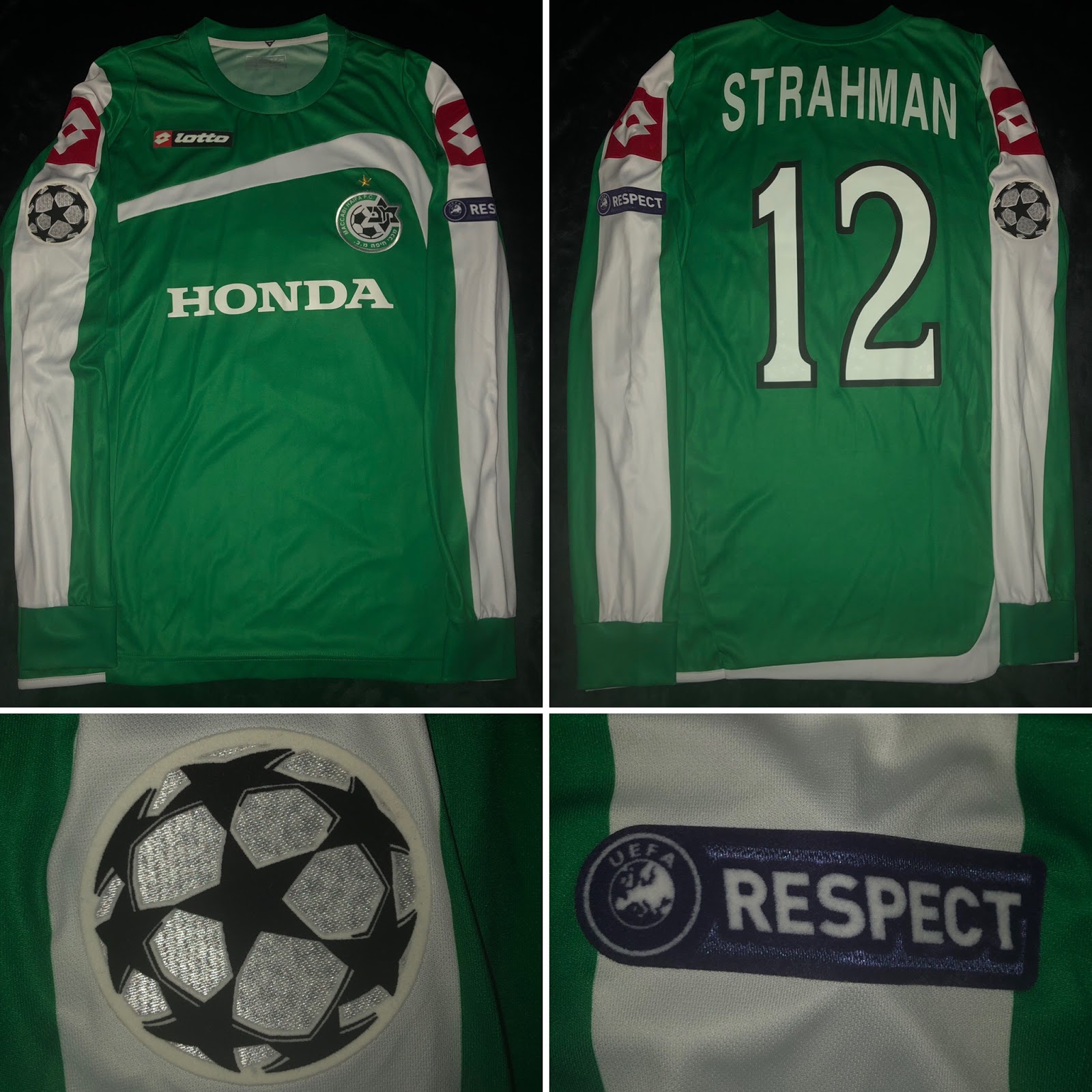