Match worn Israel 1984 home shirt, worn by left back David Pizanti #3 in the international friendly match against Greece away on 9 October 1984 at the Olympic Stadium in Athens. Pizanti played the full match as Israel drew 2-2 in front of a crowd of approximately 2,500 spectators, with goals coming from center back Avi Cohen and foward Eli Ohana.

This match was Pizanti 7th appearance for Israel out of a total of 30 between 1983 and 1990, with no goals scored. The Maccabi Netanya legend was the first Israeli player to play in the Bundesliga during his spell with 1. FC Köln from 1985 to 1987. While his spell there was largely unsuccessful, with 19 league appearances, 4 UEFA Cup appearances and one appearance in the DFB-Pokal, he was the first Israeli to reach a European cup final, when Köln reached the UEFA Cup Final in 1985/1986. They lost the final 5-3 on aggregate over two legs, with Pizanti coming on as a substitute in the 58th minute in the second leg home match in Berlin, which Köln won 2-0. He later also played for Queen's Park Rangers in England from 1987 to 1989. He won two Israeli league titles with Maccabi Netanya in 1979/80 and 1982/83.

The shirt comes from former Greek national team player Christos Vasiliou, who was a fringe member of the Greek team during this period and did not play in this match (he has a single cap for Greece). This shirt is currently by far the oldest in my collection, and a very beautiful one in its simplicity. 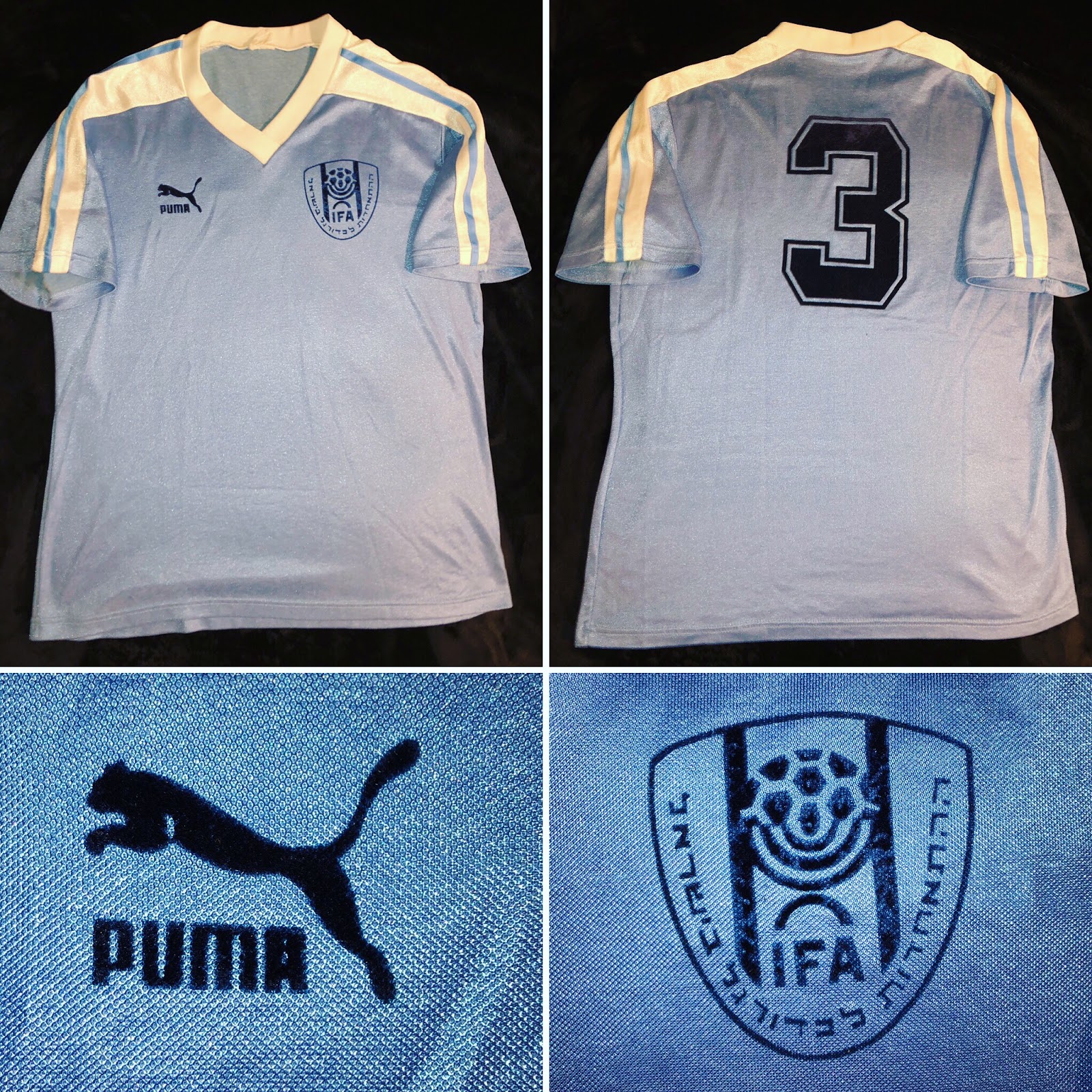