Match issued Israel 2018/19 away shirt, issued to defensive midfielder Dan Glazer #3 for the Euro 2020 qualification match against Austria away at the Ernst-Happel-Stadion in Vienna on October 10, 2019. Glazer was an unused substitute as Israel lost the match 3-1. The shirt was given to me personally by Dan after the match.

At the time of the writing of this post, the 23-year old Maccabi Tel Aviv defensive midfielder had 4 caps for the national team - all brief substitute appearances - having made his debut in September 2018. The pictures below show him wearing the same shirt on his competitive debut for the national team, against Latvia away on June 7, 2019.

Glazer's last name is printed on his shirts as GLEZER instead, as that is how his last name has been written in English in his passport, and is not a misspelling as first thought. 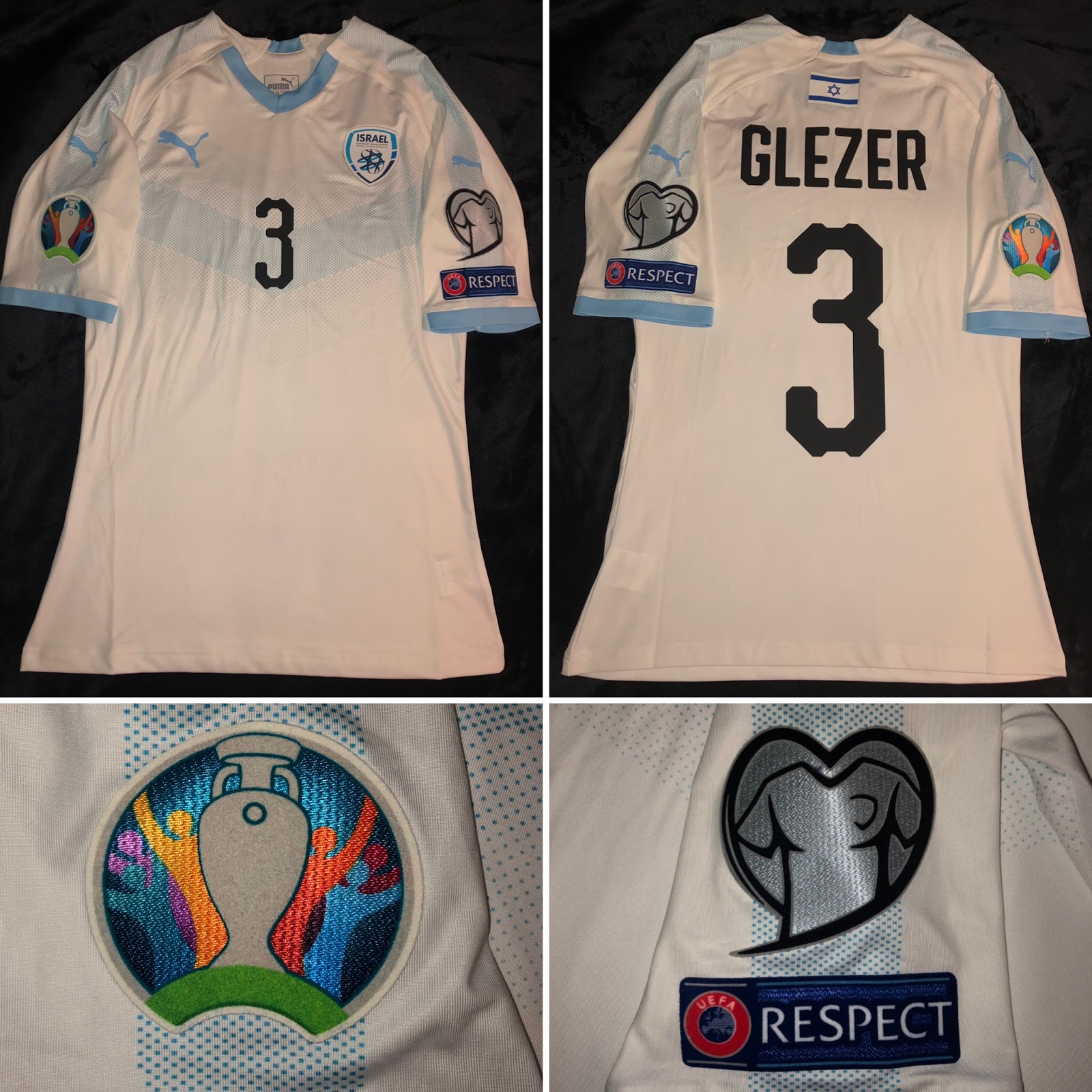