Match issued Maccabi Tel Aviv 2011/12 home shirt, issued to Israeli right back Klemi Saban #2 for the Europa League group stage home match against Dynamo Kiev on September 29, 2011 at Bloomfield Stadium in Tel Aviv. Saban was an unused substitute in this match, which ended in a 1-1 draw. Maccabi Tel Aviv finished the campaign in last place with no wins and 17 goals conceded in 6 matches.

Saban made 4 appearances in the Europa League group stage this season, starting in the last 4 of the 6 matches, in addition to 2 starts in the qualifyers. In total, he made 25 appearances for Maccabi Tel Aviv in all competitions this season. He left to Hapoel Be'er Sheva at the end of the season. Saban played 25 times for the Israel national team between 2004 and 2010, scoring one goal. 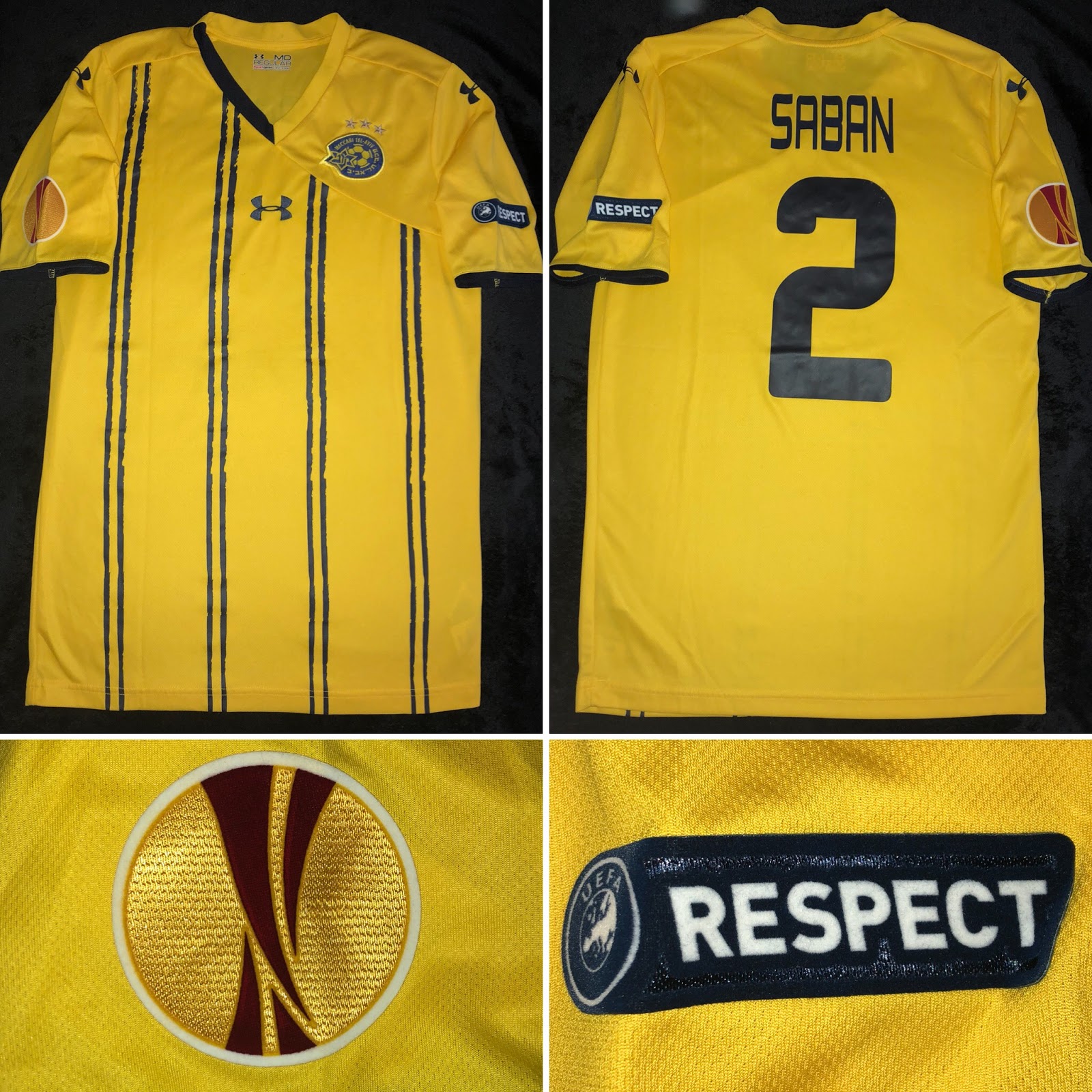