Match worn Israel 2003/04 away shirt, worn by attacking midfielder Haim Revivo #8 in the Euro 2004 qualification match against Malta at "home" in Antalya, Turkey on September 10, 2003. Revivo played the full match and scored the first goal of the game in the 16th minute as the match ended in a disappointing 2-2 draw.

Revivo played every single minute of every match in the Euro 2004 qualification campaign, in which Israel finished in 3rd place behind France and Slovenia, scoring 3 goals. Interestingly, he also scored against Malta in the reverse fixture in Malta in October 2002, while wearing this same white #8 shirt. 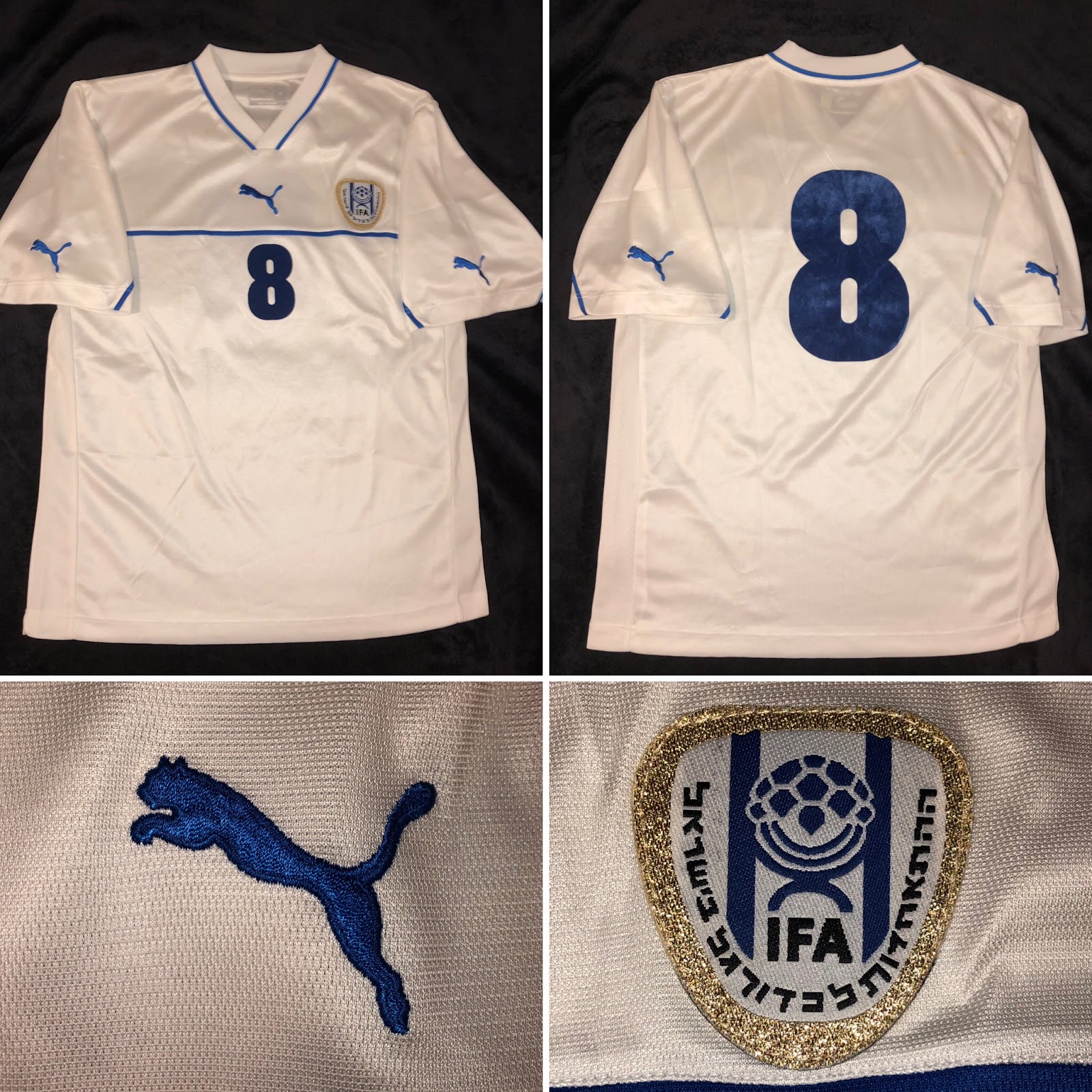