Match worn Ingolstadt 2017/18 home shirt, worn by Israeli midfielder Almog Cohen #8 in the away win against Arminia Bielefeld at the SchücoArena on October 27, 2017. Almog started the match and played 79 minutes as Ingolstadt won the match 3-1. The shirt is unwashed with marks from the game visible on the back. After four seasons with the #36 shirt, Almog switched to the #8 shirt this season following the departure of Roger. 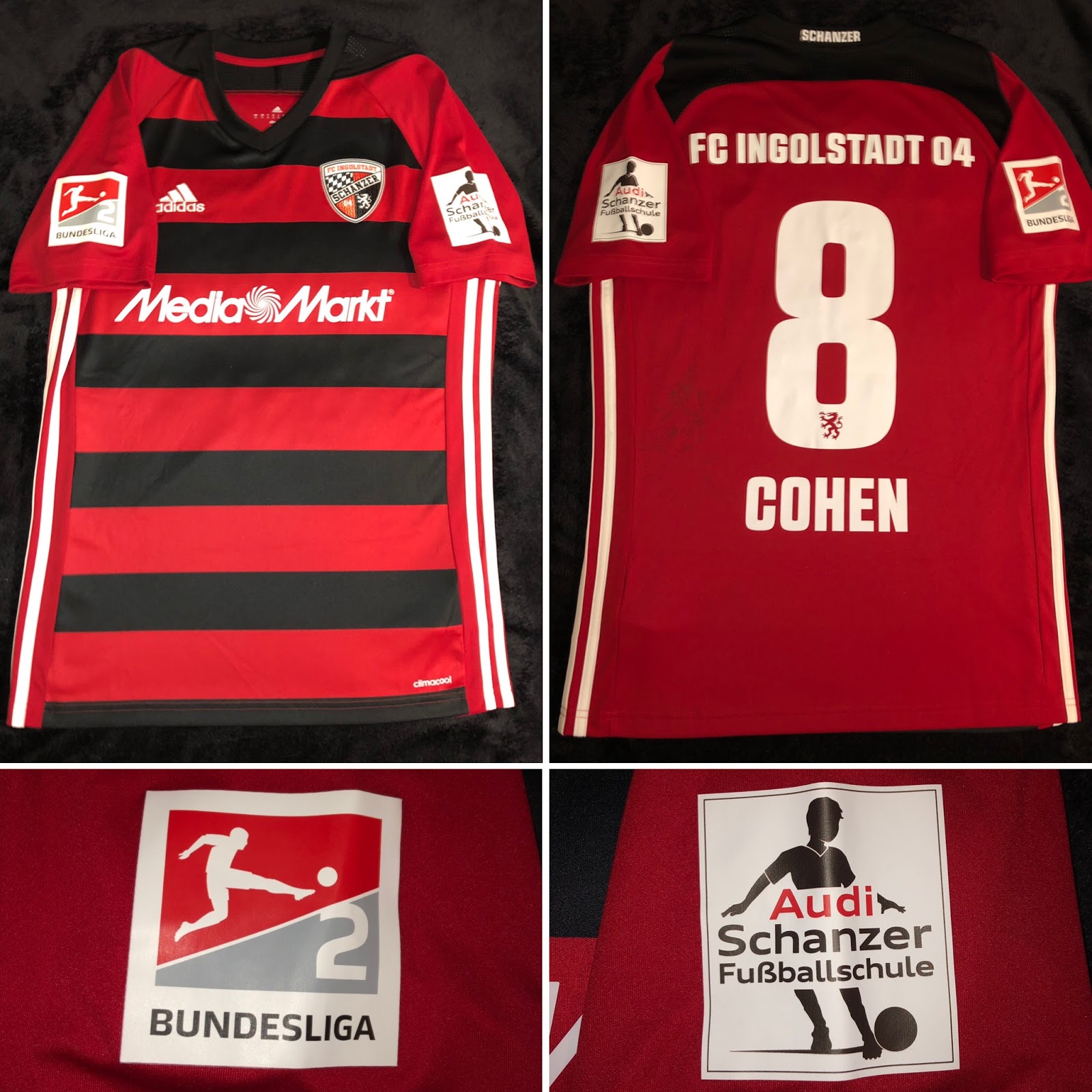