Match issued Israel 2013/14 away shirt, prepared for center back Shir Tzedek #17 for one of the two World Cup 2014 qualifiers in September 2013 (either vs. Azerbaijan at home 07/09/2013 or vs. Russia away 10/09/2013). He was an unused substitute in both matches. This was the first qualification tournament he took part in with the national team, however, he did not make any appearances and was just an unused sub. At this point, he only had 3 appearances for the national team, all in friendly matches and all as a substitute. He would not make his first start for Israel until May 2016, 2.5 years later. To date, he has a total of 16 caps.

The design of the white away kit changed towards the end of the World Cup 2014 qualification campaign for some reason, and this new design was used in 3 of the last 4 matches, while the blue home kit remained unchanged. This shirt design was actually used for a rather long time, over two years (August 2013 - October 2015), though the print font changed for the next campaign (Euro 2016 qualification). 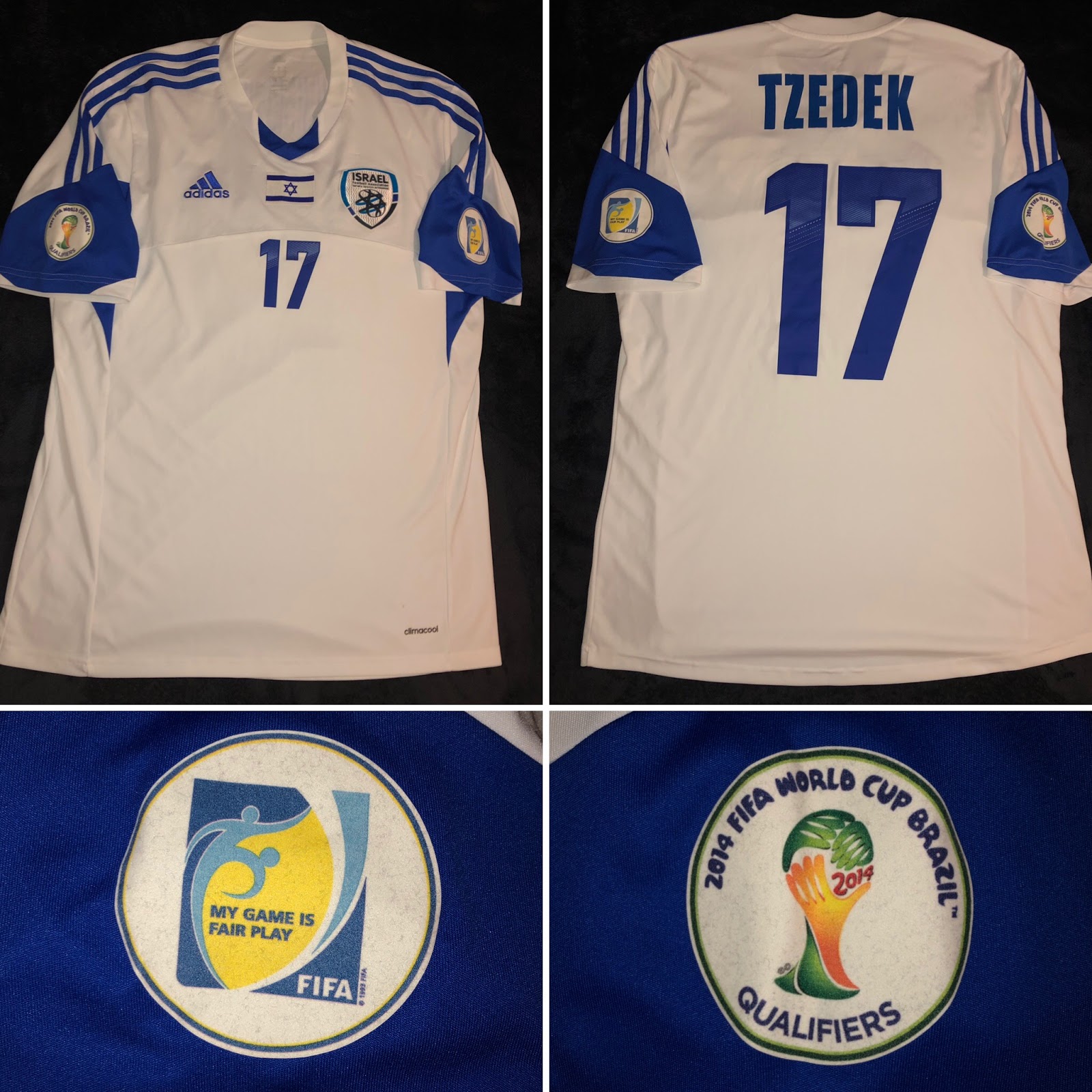